Award-winning Hong Kong architect Chang has managed to squeeze 24 rooms — including a steam room and home cinema — into his Swiss army knife-style home. 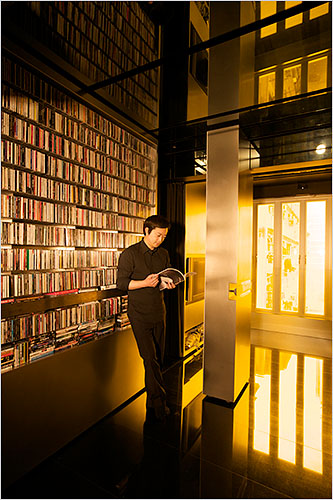 Chang, 46, turned the tiny flat he has occupied since the age of 14 into what he calls his “domestic transformer,” and in the process offered a vision for how one of the world’s most densely-populated cities could better use its limited space.

“The key idea is that everyone could look into their home more carefully and into how better to optimize their resources, because space is a resource,” he said.

“There is no use making your home as if it is a perfect show flat but at the same time never using the space,” he said.

Chang has tackled the lack of room by replacing the flat’s walls with a series of accordion-like sliding units, hung from metal tracks on the ceiling, that can be moved about to form a variety of configurations.

The partitions conceal drawers for clothes, shelves for toiletries and racks for thousands of CDs and DVDs. 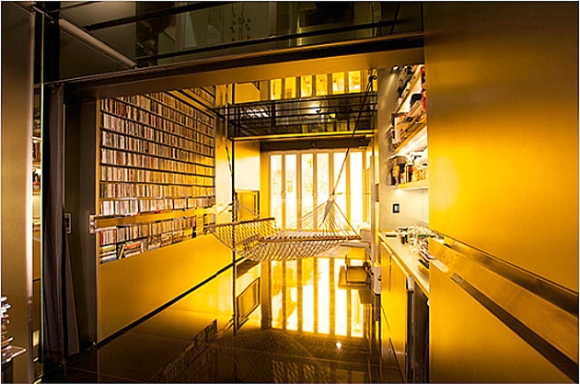 Chang grabs a handle near his wall-mounted television and suddenly the wall itself is moving across the polished granite floor to the center of the room, revealing a folding laminate worktop and well-stocked minibar facing the kitchen behind.

The flat can be one big, open-plan studio or, with very little effort, an arena of fold-down surfaces, seats and beds.

The concept was born of necessity. Growing up in the flat with six others, Chang had to be flexible.

“I have three younger sisters, so we all lived here. Originally there were three bedrooms, a living room and a dining room,” he said. “My sisters occupied one room, my parents another room and the third was actually not for me, it was for an outsider — my parents sub-let it to somebody else to get more revenue. So actually I slept in the living room.”

Chang still lives in the flat, and has spent his adult life reinventing his small corner of a 19-story 1960s tower block in Hong Kong’s bustling Sai Wan Ho district.

The architect believes his innovations can show even the poorest families how to improve their domestic arrangements and is determined that his book My 32m² Apartment: A 30-Year Transformation will influence new housing.

Lack of space is a huge problem in Hong Kong, a metropolis of 7 million, reflecting rocketing rental prices, at least before the recent downturn.

The optimization of space means Chang can afford to squeeze in luxuries not usually seen in Hong Kong’s tiny apartments, including a glass shower which doubles as a steam room, a 1.9m bathtub and a reasonably-sized kitchen.

There is even a wall-sized cinema screen, raised by remote control to reveal a huge, yellow-tinted window which gives the flat the illusion of being washed in warm sunlight, even on the cloudiest day.

Chang’s experiment in flexible living began after he graduated from the University of Hong Kong, where he had been studying architecture.

Chang has renovated four times, on each occasion with a bigger budget and more innovative approach, turning a HK$350,000 shoebox into a mini-palace worth around HK$1.3 million.