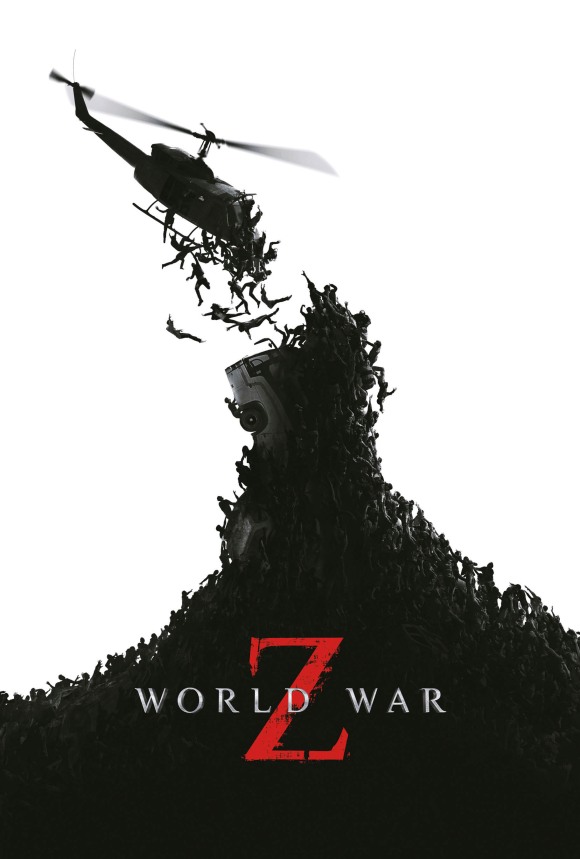 My good friend Don Thompson, his website Blurppy and his Poster Posse project for World War Z were mentioned today in a press release from Paramount Pictures.

Congratulations to Don and the members of the Poster Posse for a job well done! Don was able to gather amazing artists from around the world to collaborate on imagined posters for the World War Z film. These virtual posters were showcased on Blurppy.com and went viral finally catching the attention of Paramount Studios. The studio has committed to creating limited-edition collector’s prints and releasing them on Amazon, Think Geek and in theaters on opening day!

Here is the press release:

“Paramount Licensing today announced its slate of worldwide licensing partners in support of the highly anticipated film “World War Z,” which opens in theaters nationwide on June 21st. To extend the excitement of the summer film event, Paramount is rolling out a robust in-theatre merchandise program highlighted by mobile pop up stores in select theaters, creating a limited line of products to celebrate fan generated art, and strategically aligning with a select group of toy, game, apparel and accessory, collectible, costume, publishing, and online licensees.

Paramount will bring “World War Z” to consumers via Hot Topic, the film’s exclusive retail promotional partner. As the official “World War Z” movie headquarters, Hot Topic is rolling out the “World War Z” merchandise program across all 660 of its stores. Highlighting the promotion will be movie-themed storefront window displays and a series of online initiatives including a sweepstakes, social media support through Facebook, Twitter and Pinterest, and email blasts to all of its members.

In addition, Paramount has partnered with leading apparel and accessories company Bioworld to launch an in-theatre merchandise program in Regal Cinemas, Cinemark, Muvico Theaters, Starplex Cinemas, and ShowBiz Cinemas theaters in its top markets. The program will be highlighted by mobile pop up kiosks featuring apparel and accessories in select Regal Cinemas and Muvico theaters.

Paramount Licensing will also launch exclusive limited-edition fan art by artists Chris Garofalo, Matt Ferguson, Marie Bergeron, David Moscati and Marko Manev, who were selected from a group of artists nicknamed “Poster Posse.” The group participated in a challenge issued by Don Thompson’s Blurppy.com to create a images based on the “World War Z” film. The results of the challenge caught the eye of the studio and filmmakers and now this unique artwork will be available in a limited-edition run of graphic t-shirts at HotTopic.com, high quality posters at Amazon.com and ThinkGeek.com, and as limited-edition collector’s prints to be given away to fans on opening day at Regal Cinemas, Cinemark, AMC Theatres, Arclight Cinemas, and other leading theaters. 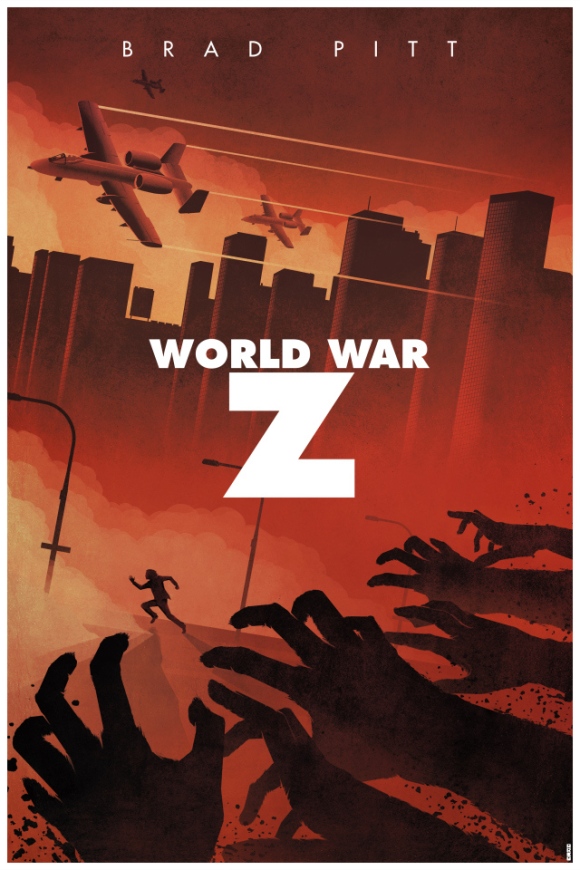 Additionally, Paramount has created a targeted licensing program in key categories to launch in advance of the film’s release that will tap into the excitement of “World War Z” and allow fans to take home a piece of the experience. Partners include:

World War Z revolves around an ex-United Nations investigator Gerry Lane (Brad Pitt), who traverses the world in a race against time to stop a pandemic that is toppling armies and governments and threatening to decimate humanity itself. The film stars Pitt, Mireille Enos and James Badge Dale.