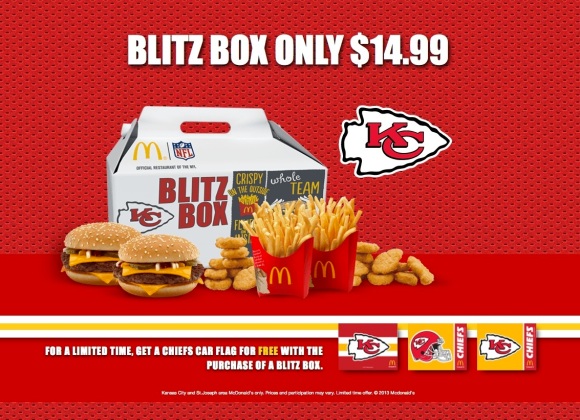 McDonald’s, the nation’s fast-food giant is offering a multi-person boxed meal in the Kansas City market — the first time it has sold such a meal in the United States.

The promotion that began Sept. 2, is scheduled to run through the entire football season, says Lisa McComb, a McDonald’s spokeswoman. If it’s a hit, it could expand nationwide.

In addition to the Blitz Box, McDonald’s is also in the process of rolling out a steak option on its breakfast sandwiches and its gearing up for a big fall push of its chicken wings.

And to make it all easier to buy, the company is reportedly testing a mobile payment app at its Salt Lake City and Austin, Texas, stores.