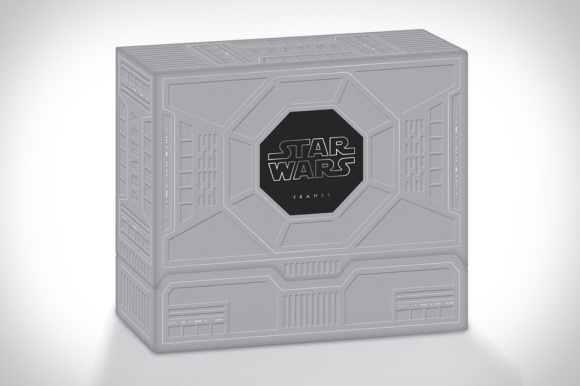 After George Lucas finished work on Star Wars Episode III: Revenge of the Sith, he wanted to look back on the Star Wars saga with an entirely new point of view: isolating stills, or frames, from each of the six Star Wars films, focusing on them intensely as works of photography and design, and reproducing them in a book.

For two years Lucas went through more than 150,000 frames per film, editing more than 1 million frames down to the 1,416 images that now comprise Star Wars: Frames ($150) a testament to the hard work, craftsmanship, and dedication evident in every frame of every film.

The exterior packaging is designed to resemble Darth Vader’s Tie Fighter. The box set contains two hardcover books with 1,416 color illustrations. Star Wars: Frames will be released throughout the entire galaxy on 10/29/2013. 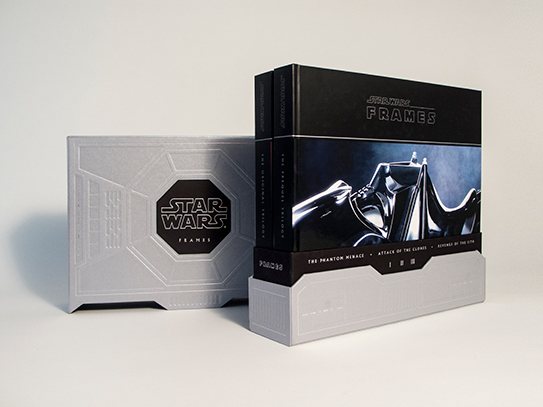 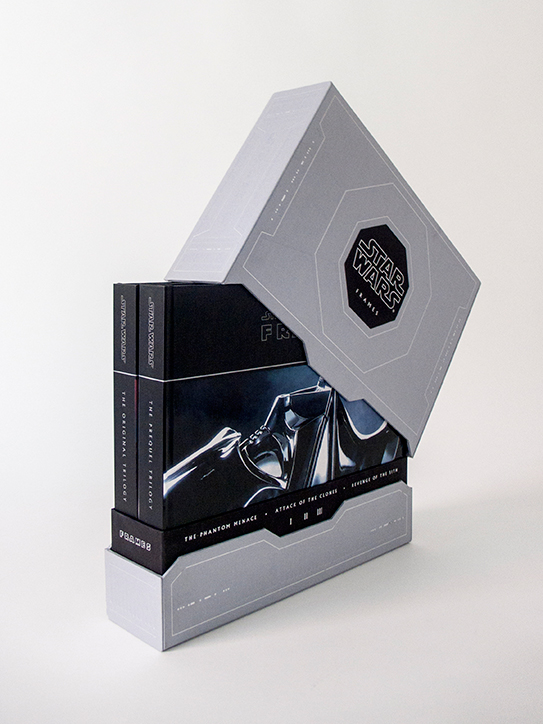