Shine the signal, and the protector of Gotham City will emerge from the shadows to fight crime and bring justice. Sideshow Collectibles is proud to debut the highly-anticipated first hero in their DC Sixth Scale collection, Batman!

Bruce Wayne springs into action as his famed alter ego. Disguised in a hand-tailored blue and grey fabric Batsuit and cape, he is crafted with meticulous attention to detail on a fully articulated muscular new body design. Inspired by a number of timeless comic book appearances, the Batman Sixth Scale Figure invites collectors to further define their favorite look for the Dark Knight with short and long-eared mask options, and two no-nonsense facial expressions able to strike fear into the hearts of his enemies. Equipped with a variety of hi-tech ‘Bat’-prefixed gadgets, utility belt and grapple hook gun, the Caped Crusader is always one step ahead of his foes… and for times of true crisis he keeps a powerful gift from his closest friend nearby in the form of a green Kryptonite ring.

The Batman Sixth Scale Figure ($200) is the ultimate must-have for fans of the hero, the legend, the Batman! 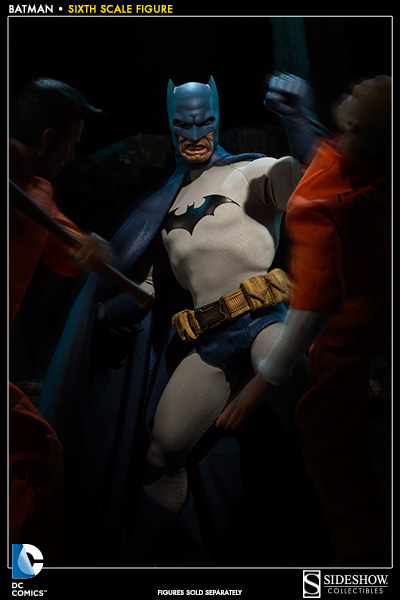 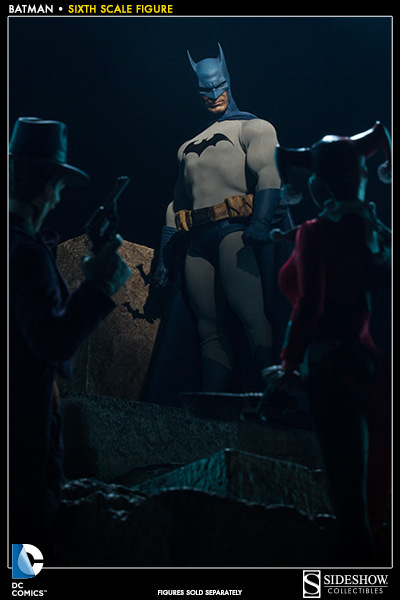 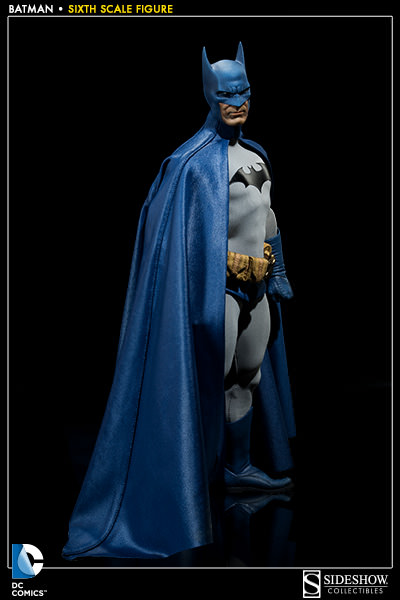 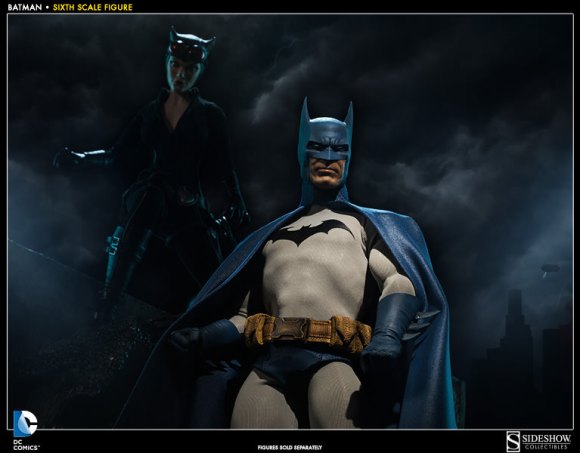