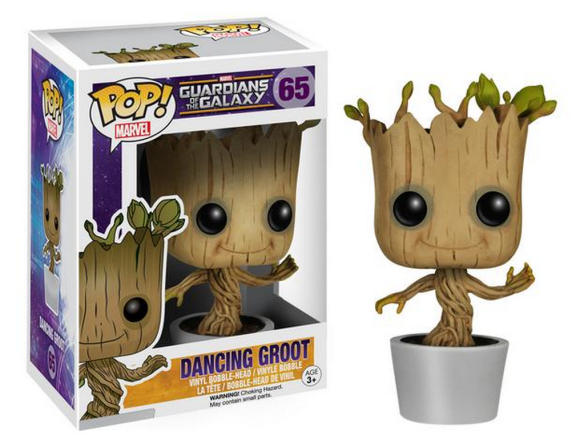 Fans of Marvel Studios’ “Guardians of the Galaxy” are getting their wish fulfilled: a dancing Groot toy.

The charming character, who is seen wiggling to Michael Jackson in the film will be turned into a collectible figure by Funko through its Pop! vinyl toy line.

Marvel and Funko announced the bobble-head figure on Friday via their social media accounts, with Marvel saying “It’s real! The first official Dancing Groot toy, from the amazing folks at Funko.”

“Guardians” director James Gunn actually is the one performing the dance moves, which were then re-rendered as Groot in the final film. Vin Diesel voices the character.

The dancing character wound up stealing the final scene in the film, which Gunn had initially planned to place after the end credits. He wound up moving up the sequence when it proved just too cute to have audiences miss, he has said in interviews.