Batman is celebrating his 75th anniversary this year and he’ll grace the official poster of this October’s New York Comic Con.

The striking image is by DC Comics is by artist Francis Manapul. It takes the Caped Crusader out of Gotham and sets him over a gritty map of the five boroughs — his original home when he was created in 1939.

The New York Comic Con drew more than 130,000 people to the Javits Center last year. This year the show is Oct. 9-12 and will include a weeklong pop-culture festival held throughout the city. 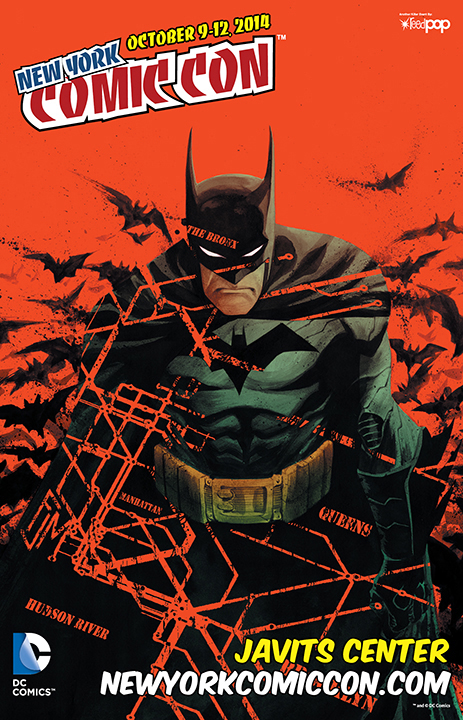