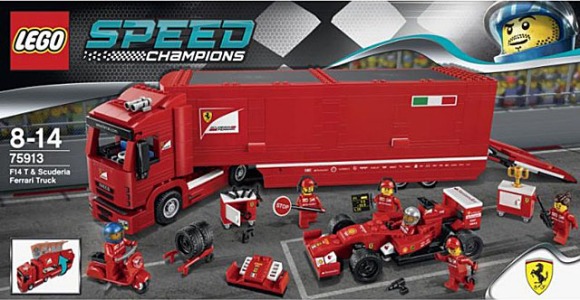 Beginning from March 2015, builders of all ages, with fuel in their veins, can now create the speeding-bullet cars at home. The LEGO Group has now announced its partnership with the three automobile manufacturers Ferrari, McLaren and Porsche resulting in a new, high-speed product line for building the most favorite cars from LEGO bricks: the LEGO Speed Champions. 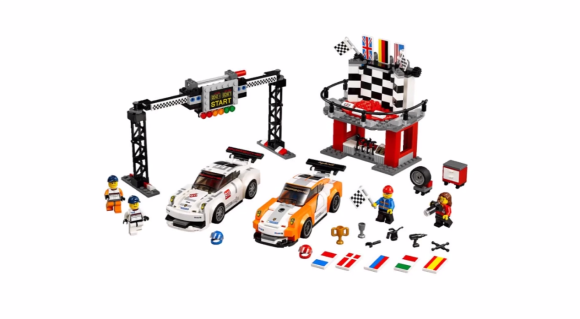 An adrenaline kick and the thrill of speed are included.

Seven different LEGO sets will be available from spring 2015, ensuring lots of racing action and squealing tyres in the children’s room. A large red Ferrari truck drives up – together with the Ferrari F14 T Racing car. What’s more, a McLaren Mercedes pit stop set will also be available, featuring the McLaren Mercedes MP4-29 as well as the home stretch with lights function and two Porsche cars – the 911 RSR and 911 GT3 R Hybrid. Also four sets of stand-alone vehicles wait to hit the track. Whether it is a racing car or road car – the new brick built car models will get the hearts of five- to eleven-year old as well as grown up engine fans beating faster. 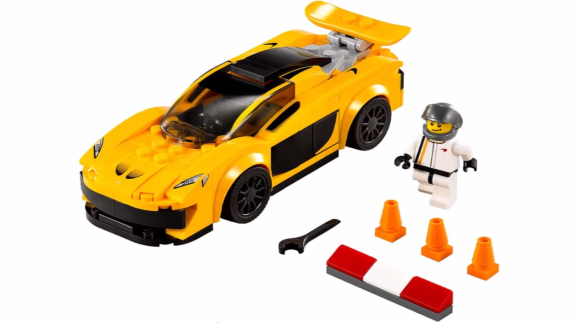 In addition to typical LEGO building fun, the LEGO Speed Champions series of vehicles is particularly amazing thanks to its many authentic details: the LEGO minifigures are wearing racing car overalls, there is a winner’s cup, flags and detailed tools.