He’s big, he’s green, he’s ill-tempered  – and for the first time since 1971, he’s on the cover of Rolling Stone. As the Rolling Stone cover story puts it: “The Hulk is the breakout star of the Avengers movies, breaking stuff for all us sinners, hulking out for every hung-up person in the whole wide universe.” 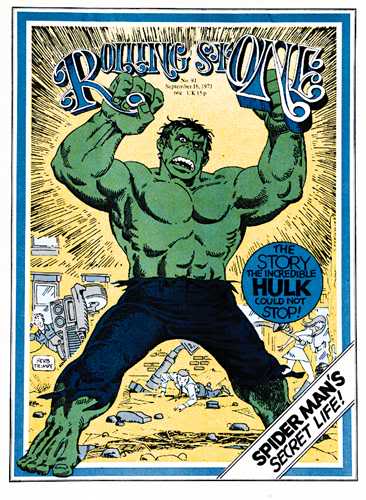 The new issue which was released on April 24th, goes deep on both the Hulk and the real people in his sizable shadow. Senior Writer Brian Hiatt hung out in New York with Mark Ruffalo, who plays Bruce Banner (and via motion-capture, the Hulk) in May 1st’s The Avengers: Age of Ultron and on Disney’s Burbank lot with Joss Whedon, the movie’s writer and director. Hulk co-creator Stan Lee and Incredible Hulk TV show executive producer Kenneth Johnson, among others, also chime in.