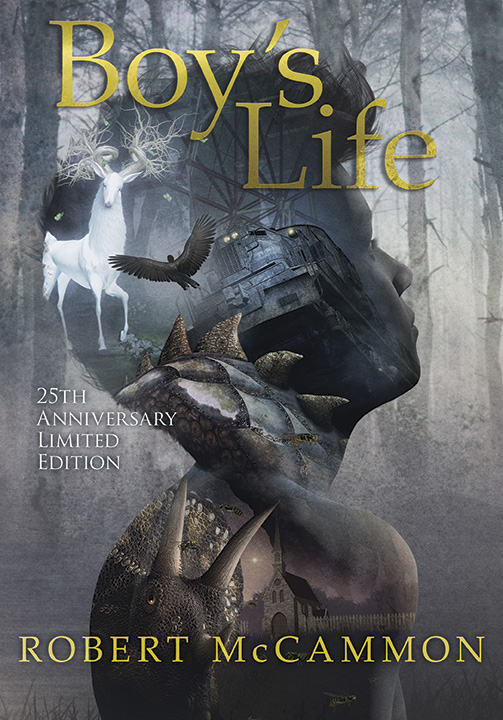 First published to universal acclaim in 1991, Robert McCammon’s Boy’s Life went on to win both the Bram Stoker and World Fantasy Awards for Best Novel. It’s not hard to see why. Twenty-five years after its initial appearance, this elegiac account of small town life in the American South remains as absorbing and universally relevant as ever.

Boy’s Life takes place in the lost world of Zephyr, Alabama in 1964. Its narrator/hero. Cory Mackenson, is an eleven-year-old boy about to encounter the mysteries lying beneath the surface of everyday life. At the heart of those mysteries is a brutal, inexplicable murder. An unidentified man—strangled, beaten, and handcuffed to the wheel of his car—plunges into Saxon Lake, as Cory and his horrified father look on. The murder will come to haunt them both in unimaginable ways.

Set against that violent act is a marvelously rendered account of a community, a family, and a way of life. Boy’s Life is at once a closely observed portrait of day-to-day life in Zephyr—a town with more than its share of eccentric personalities—and a meditation on the power and persistence of magic. It is a book in which the quotidian realities—school, family, economic hardships—co-exist with an assortment of impossible but equally real elements: a ghost car driven by a ghostly driver, a monster that lives in the local river, a dog that returns, strangely altered, from the dead…

Beautifully written and astonishingly moving, Boy’s Life is itself a piece of working magic that celebrates the magic in ordinary things, such as love, work, friendship, and play. Like this sumptuous new 25th anniversary edition, it is a work of permanent value that will continue to speak, with undiminished clarity, to future generations of readers.

The Subterranean Press edition of Boy’s Life will be oversize, with a jaw-dropping wraparound dust jacket and eight interior color plates by David Ho.

Limited to 474 signed numbered hardcover copies and housed in a custom slipcase, you can pre-order this very special edition HERE for $125. The book will be released this summer.