Universal Studios Hollywood has announced a permanent residency of its immersive The Walking Dead walk-through attraction, which up until now has only been offered as a seasonal (and very highly-attended) maze for guests of the theme park’s Halloween Horror Nights.

Prepare to be spooked year-round by the re-imagined, enhanced version of the attraction, based on AMC’s corporeal cable series, when the attraction opens in summer 2016. The addition comes just months after the park’s game-changing Wizarding World of Harry Potter opens in April. 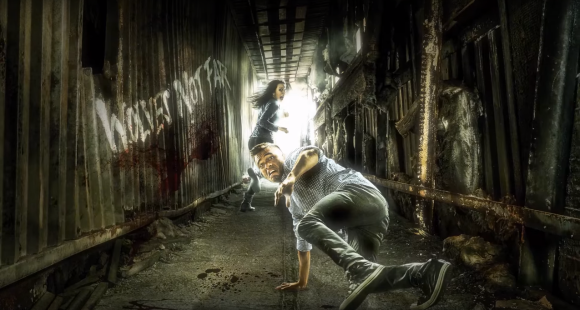 The creative team at Universal Hollywood has partnered with TWD producer, director, and all-around effects guru Greg Nicotero (as well as his company, KNB Efx) to bring the show’s zombies to real life for the maze and its patrons.

A new custom-built structure will house the new addition to the theme park, just inside the main entryway. According to Universal Studios Hollywood president Larry Kurzweil, The Walking Dead marks the latest portion of a whopping 75 percent of new territory that has taken over the park in the last five years.