Artist Tom Whalen was instantly drawn to this project and has come up with a composition that underscores the film’s moody and powerful aesthetic, not only illustrating the power of the characters in opposition but also the duality of their natures and the very thematics of the film itself. Tom has stylistically rendered Superman’s cape as fully enveloping the city and populace he seeks to protect while deliberately counter posing the dynamic with the Bat-signal slashing through, challenging Superman, and the cost of that salvation. Tom’s standard edition print is a brooding, moodily toned piece that ultimately draws the eye down toward the three Super Heroes as they take on villainous threats while his Variant edition’s blue tones harken to classic DC Comic’s comic book covers. 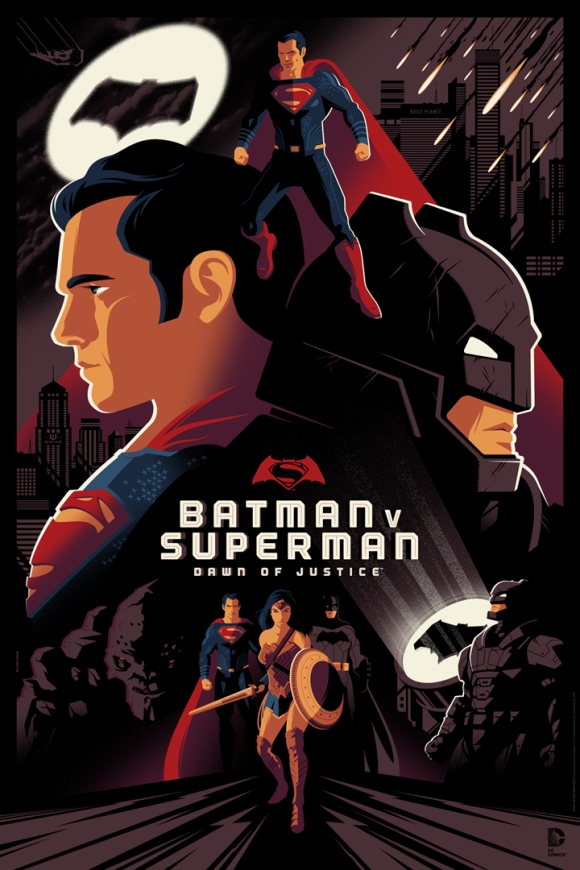