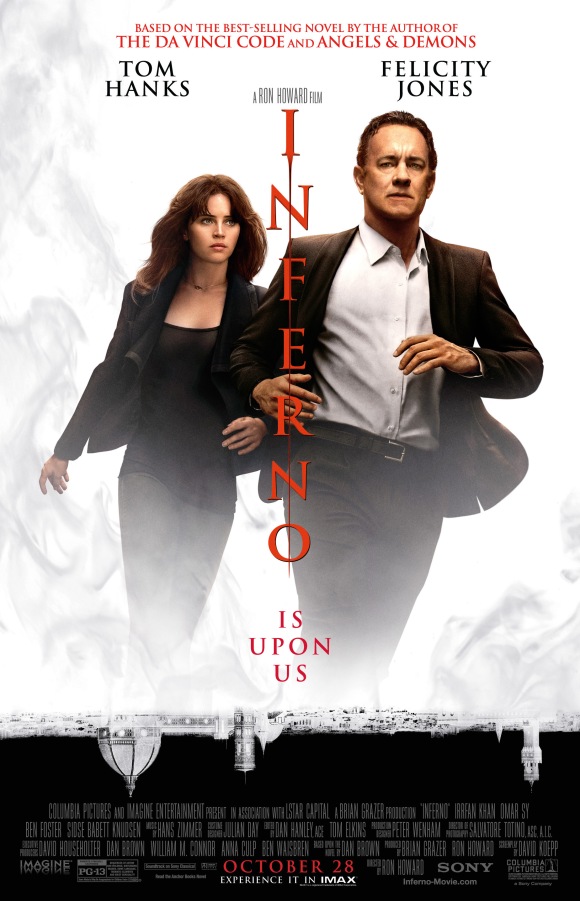 Inferno, is a part of The Da Vinci Code franchise, and is based on Dan Brown’s book of the same name. In the film, someone wants to unleash a plague upon civilization, using the logic that culling humanity is the only way to save it. To avert doomsday, Tom Hank’s character, Robert Langdon, must consider aspects of Dante Alighieri’s 14th-century epic poem, Divine Comedy (Dante’s Inferno), as well as clues from a new and mysterious technology.

In real life, experts say that we are one super-virus away from an unprecedented pandemic. Inferno, captures this theme with the power of Dan Brown’s acumen for fiction, true  history and science.