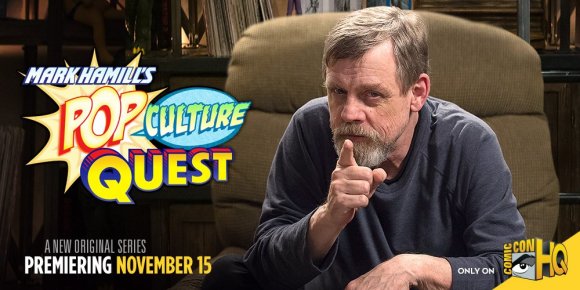 On November 15, 2016 the force will be strong on devices across the nation as Mark Hamill’s Pop Culture Quest comes to Comic–Con HQ (www.Comic-ConHQ.com)!

Join Mark on his quest to track down the rumored rocket-firing Boba Fett, the original Time Machine, the last surviving armature model used to animate the original 1933 King Kong, the 1992 Batmobile, and so much more!

Mark travels inside pop culture’s vaults to uncover why we are so fascinated with collecting and what our collections say about us.