The illustrations appeared in the Viking trade edition of the The Eyes of the Dragon, a novel by Stephen King. Originally written for Stephen King’s daughter Naomi, the book is a work of fantasy. Artist David Palladini was commissioned to create a series of illustrations for the book. 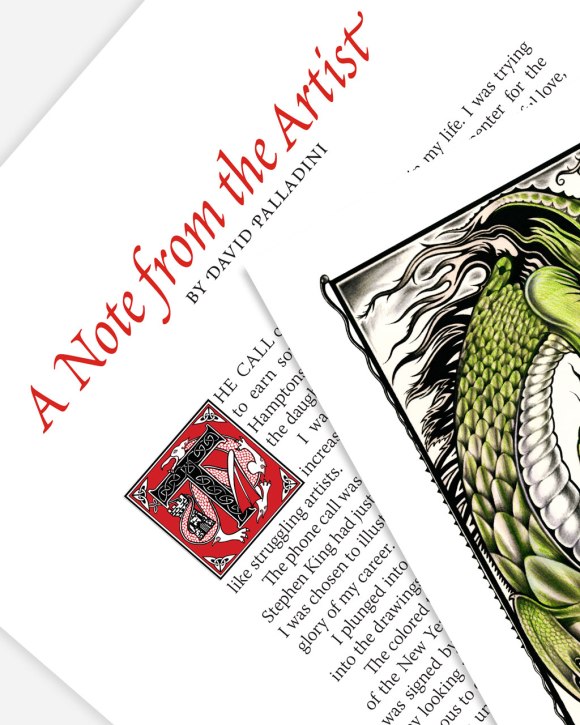 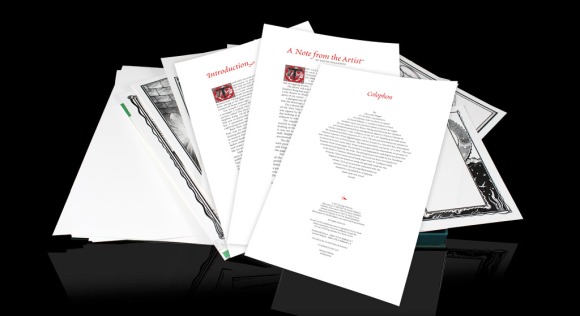 The portfolio is published in two editions, both of which are signed by David Palladini: a numbered edition of three hundred copies, measuring 10” x 15ó” and a lettered edition of twenty-six copies, measuring 12”x 18”. Both editions include twenty-two black & white illustrations and two color illustrations. An afterword written exclusively for this edition by David Palladini is letterpress printed and included in both editions. A previously unpublished drawing and a reproduction of the only extant copy of the Viking Title page illustration, hand-colored by David Palladini, are also included in both editions. The artwork is housed in a custom clamshell box. The papers and materials used in these editions are environmentally responsible, acid free and archival. The lettered edition includes a signed limited photogravure print which has been hand-pulled on Somerset Velvet 100% cotton mould made paper with deckled edges from St. Cuthbert’s Mill, England.

There has never been an official portfolio of the illustrations from the Viking edition of The Eyes of the Dragon until now. The publication of this portfolio marks the 30th anniversary of the original Viking publication of the book. Publication will coincide with the release of the movie adaptation of Stephen King’s best-selling epic, The Dark Tower. Two characters from The Eyes of the Dragon have a brief cameo appearance in The Drawing of the Three, the second book in the Dark Tower series, and the novel is set in the Kingdom of Delain, a location that is mentioned in the Dark Tower series a number of times.

Suntup Editions publishes fine press limited editions of art, fiction and poetry. The mission of the press is to collaborate with some of today’s leading writers, artists, designers, printers and bookmakers to create superbly crafted books, portfolios and fine art prints.