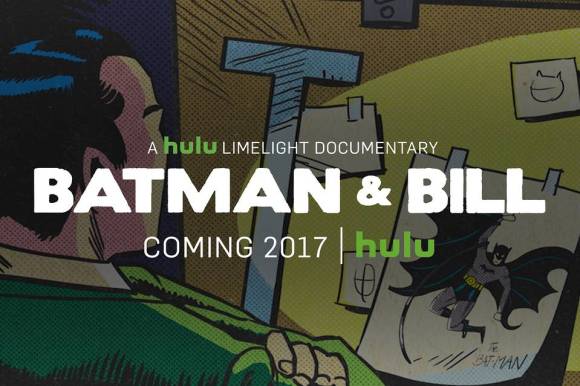 Hulu’s documentary on Batman co-creator Bill Finger, titled Batman & Bill, is scheduled to debut on the streaming service May 6.

“Everyone thinks that Bob Kane created Batman, but that’s not the whole truth,” reads Hulu’s description. “One author makes it his crusade to seek justice for Bill Finger, a struggling writer who was the key figure in creating the iconic superhero, from concept to costume to the very character we all know and love. Bruce Wayne may be Batman’s secret identity, but his creator was always a true mystery.”

In September 2015, DC Comics (and its parent company Warner Bros.) began crediting Finger as co-creator of Batman. DC had previously given Bob Kane sole credit as creator of Batman due to a contract signed with DC’s predecessor, National Comics.