The stars of the Marvel Cinematic Universe recently all got together for a 10th-Anniversary photo shoot and Vanity Fair was there to talk to them, Marvel’s Kevin Feige, and Disney chairman and CEO Bob Iger about the past and the future of the franchise. 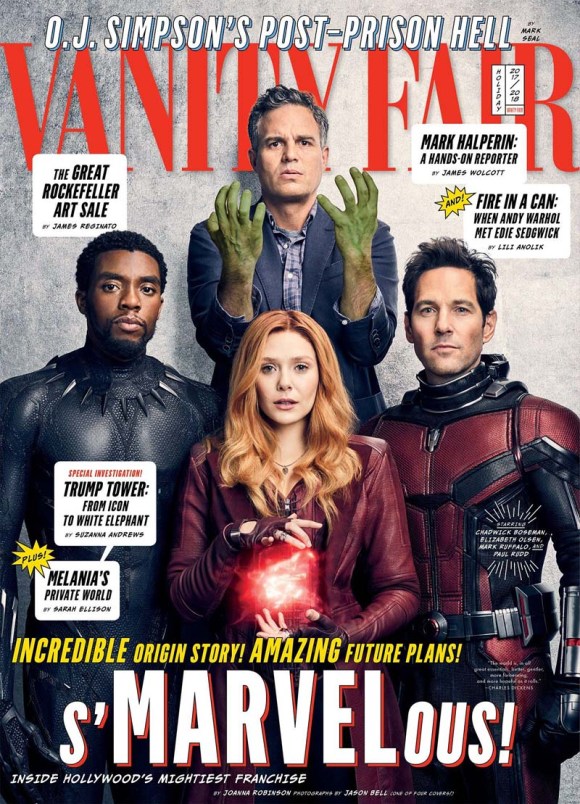 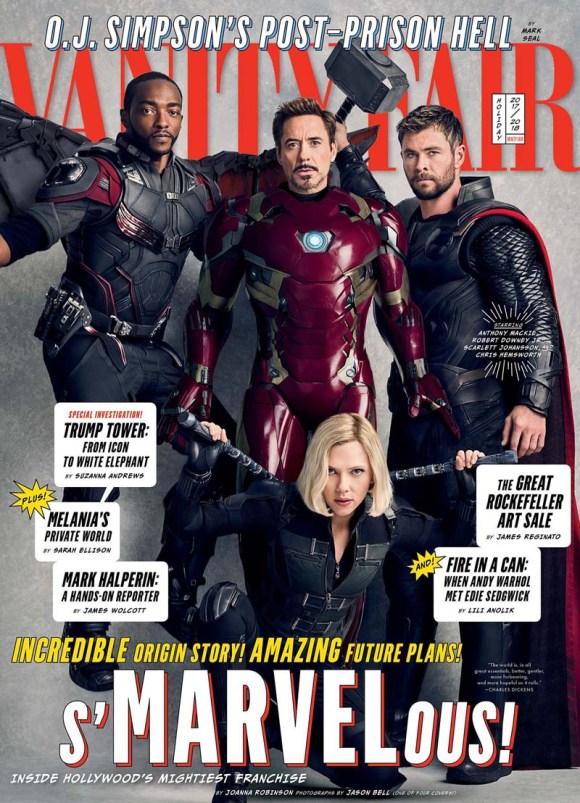 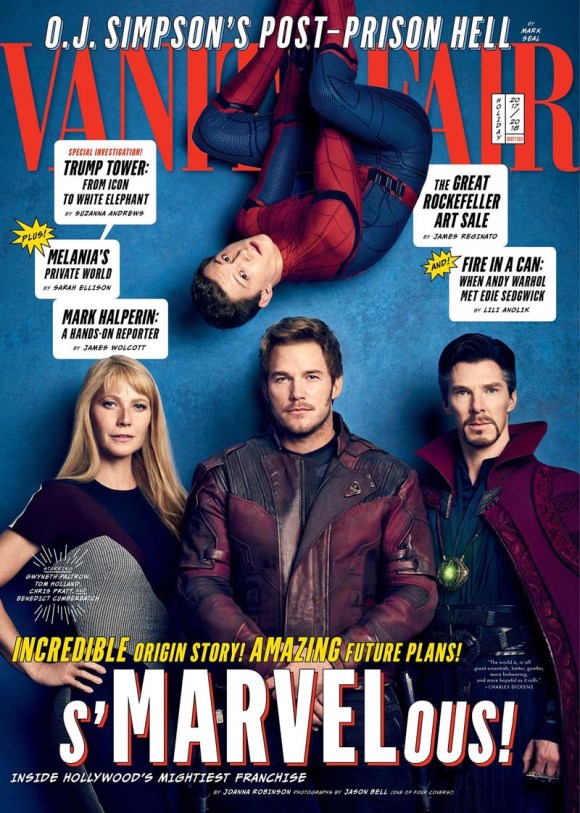 The magazine reiterates that Avengers 4 will see some of the characters hanging up their capes and shields, partially because the contracts with the actors who play them — Chris Evans (Captain America), Mark Ruffalo (Hulk), Robert Downey Jr. (Iron Man), Scarlett Johansson (Black Widow), Chris Hemsworth (Thor), and Jeremy Renner (Hawkeye) — are coming to an end. But Disney promises that Marvel has at least another 20 years’ worth of characters and worlds to explore.

“I feel a lot of joy for the next generation,” Johansson said. “It’s a bittersweet feeling, but a positive one.”

Bob Iger notes that the studio has rights to 7,000 characters. “We’re looking for worlds that are completely separate — geographically or in time — from the worlds that we’ve already visited.”

Marvel is “22 movies in, and we’ve got another 20 movies on the docket that are completely different from anything that’s come before – intentionally,” Feige added. Avengers 4, he said, will “bring things you’ve never seen in superhero films: a finale. There will be two distinct periods. Everything before Avengers 4 and everything after. I know it will not be in ways people are expecting.”

The Avengers sequel sees Earth’s Mightiest Heroes teaming up with the Guardians of the Galaxy to take on Brolin’s Thanos and his Black Order.

Directors Anthony and Joe Russo, who return after Captain America: The Winter Soldier and Captain America: Civil War, are directing both Avengers: Infinity War and the untitled fourth film, which are written by screenwriters Christopher Markus and Stephen McFeely. Marvel’s Avengers: Infinity War is slated for a release in theaters on May 4, 2018. Then, the Avengers assemble again for the still-untitled fourth film, set for May 3, 2019. 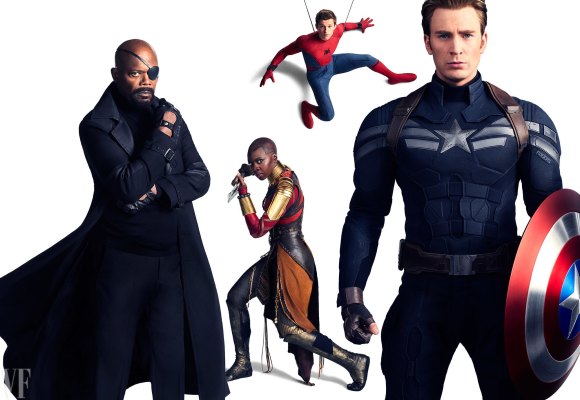 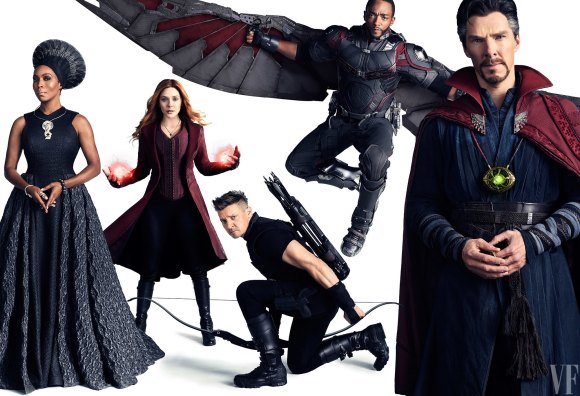 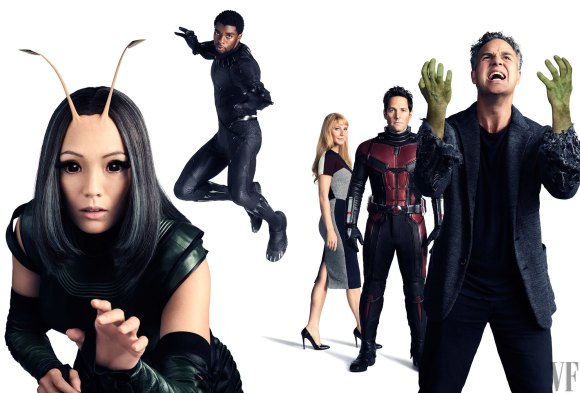 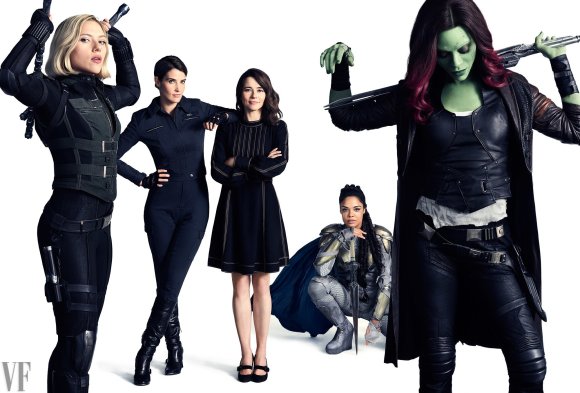 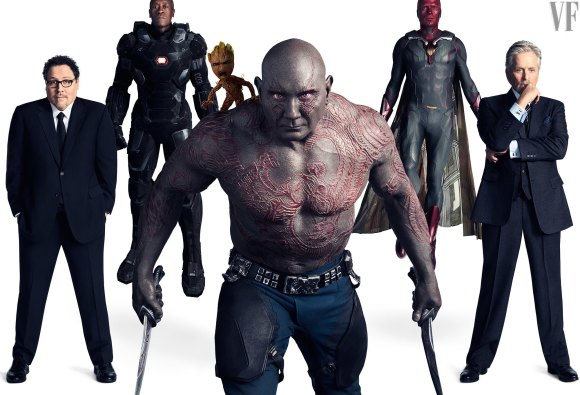 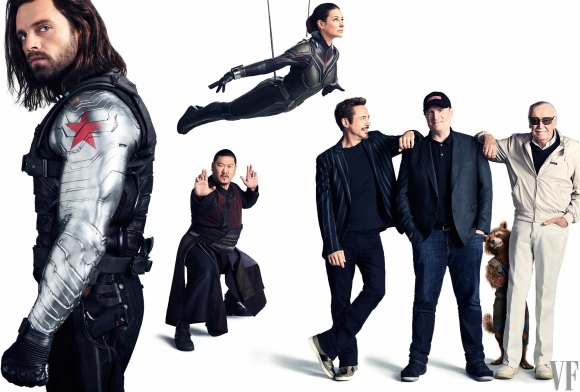