Watch The New Spider-Man: Into The Spider-Verse Trailer 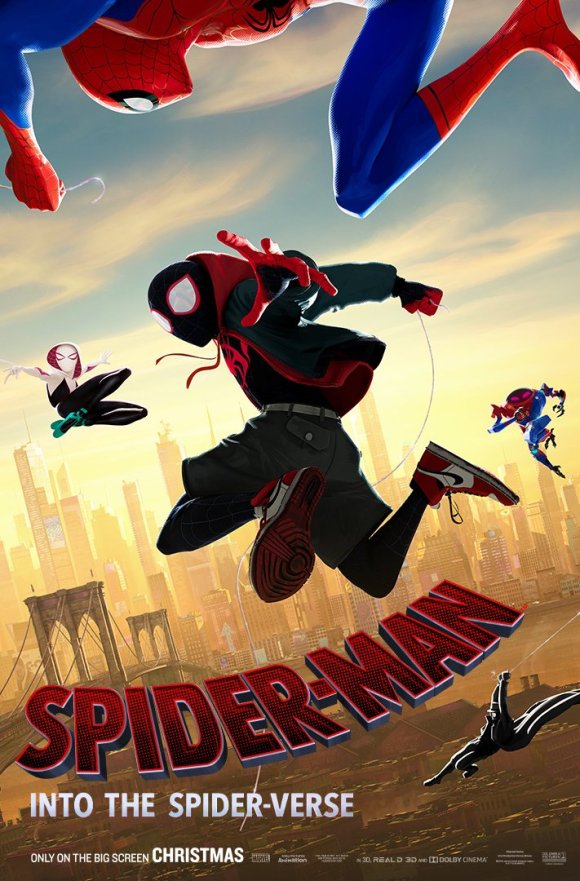 Sony Pictures Entertainment has released a new trailer for their upcoming animated film Spider-Man: Into the Spider-Verse.

Phil Lord and Christopher Miller, the creative minds behind The LEGO Movie and 21 Jump Street, bring their unique talents to a fresh vision of a different Spider-Man Universe, with a groundbreaking visual style that’s the first of its kind. Spider-Man: Into the Spider-Verse introduces Brooklyn teen Miles Morales, and the limitless possibilities of the Spider-Verse, where more than one can wear the mask. Shameik Moore, star of The Get Down and Dope, voices Miles Morales in the film. He is joined by Liev Schreiber as Kingpin, Mahershala Ali as Miles’ Uncle Aaron, Brian Tyree Henry as Miles’ father Jefferson,  Luna Lauren Velez as Miles’ mother Rio, Lily Tomlin as Aunt May, with Hailee Steinfeld as Spider-Gwen, and Jake Johnson as Peter Parker.

Spider-Man: Into the Spider-Verse is directed by Bob Persichetti, Peter Ramsey, and Rodney Rothman. The script was written by Phil Lord. The producers are Avi Arad, Amy Pascal, Phil Lord, Christopher Miller, and Christina Steinberg.

The animated feature will swing into theaters on December 14.