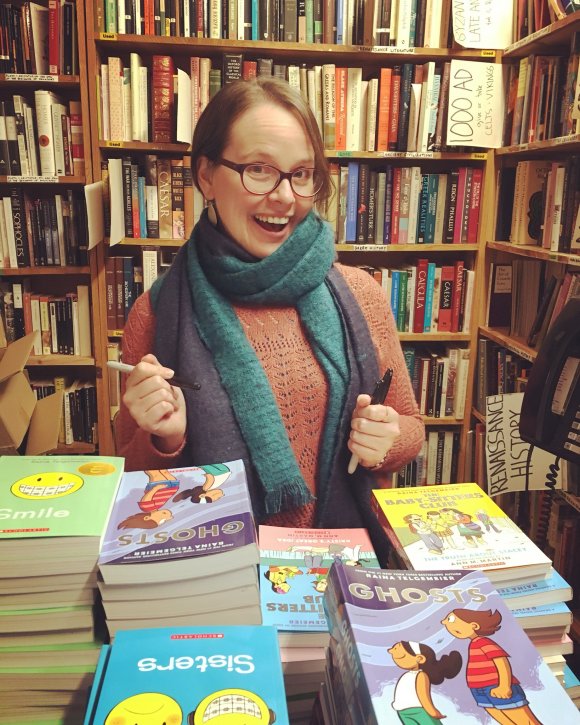 “Raina Telgemeier has changed the face of middle-grade reading and has galvanized kids to embrace comics in a way the industry has never seen before,” said Cassandra Pelham Fulton, Scholastic Executive Editor.

“Scholastic is honored to be Raina’s publishing home, and we know fans have been eagerly awaiting her next Graphix book. We are beyond thrilled to announce that we’re launching not one, but two incredible new projects in 2019!” 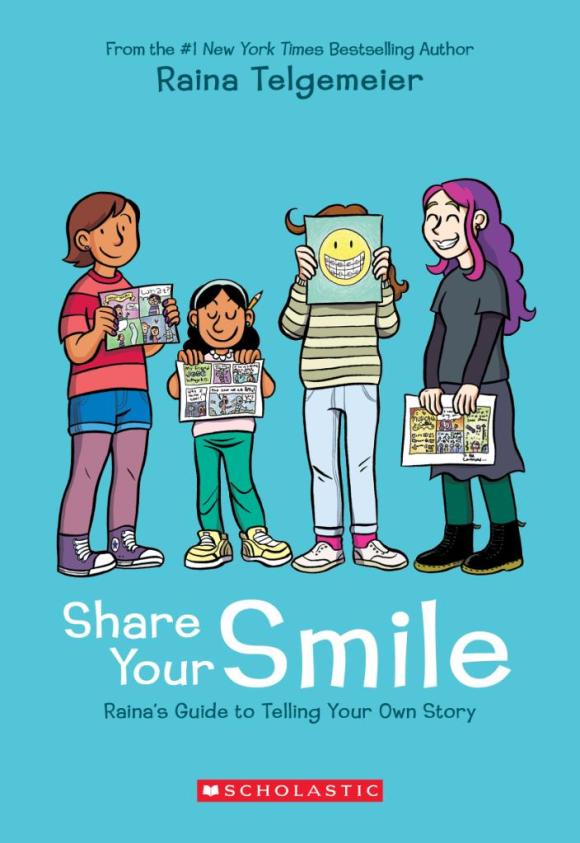 On April 30, 2019, Telgemeier will release Share Your Smile: Raina’s Guide to Telling Your Own Story, an interactive journal and how-to guide for creating comics, with a first printing of 500,000 copies. For readers interested in writing, drawing, or both, Share Your Smile will guide readers in brainstorming ideas, making lists, featuring their personal photos, and using their imagination as a catalyst for storytelling. For additional inspiration, Share Your Smile also features a behind-the-scenes look at Telgemeier’s work, including a teaser to her new memoir. 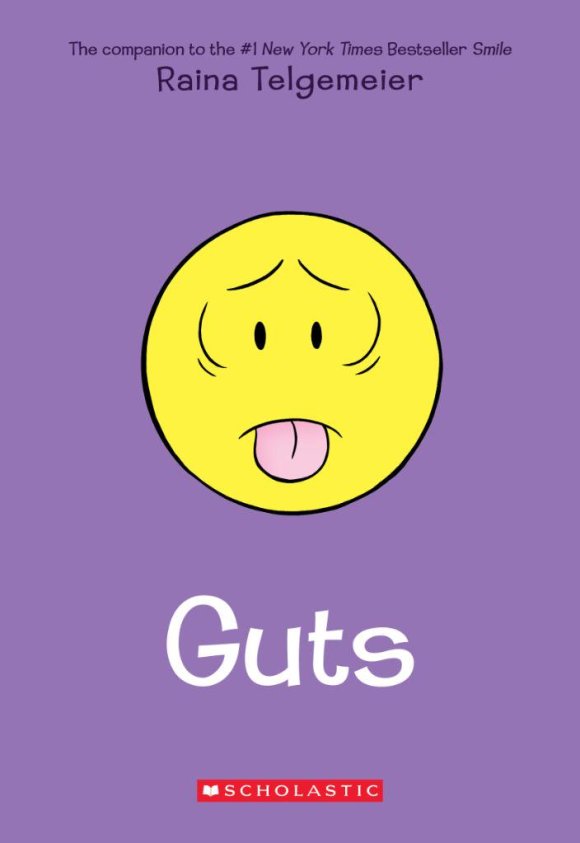 With a first printing of one million copies, Guts will publish on September 10, 2019, Telgemeier’s latest memoir following her #1 New York Times bestsellers Smile (2010) and Sisters (2014). Thoughtful, charming, and funny, Guts brings readers a true story of growing up and gathering the courage to face—and conquer—one’s fears. In Guts, young Raina wakes up one night with a terrible upset stomach. Her mom has one, too, so it’s probably just a bug. Raina eventually returns to school, where she’s dealing with the usual highs and lows: friends, not-friends, and classmates who think the school year is just one long gross-out session. It soon becomes clear that Raina’s tummy trouble isn’t going away…and it coincides with her worries about food, school, and changing friendships.

“Readers respond to honest, personal storytelling,” said Telgemeier. “Guts may be my most personal story yet, and I had to summon a lot of courage to create it! In a similar vein, Share Your Smile is meant to help budding young cartoonists find their voices and tell their own stories. I can’t wait to share these two works with everyone!”