Where Does Batman Buy His Groceries? 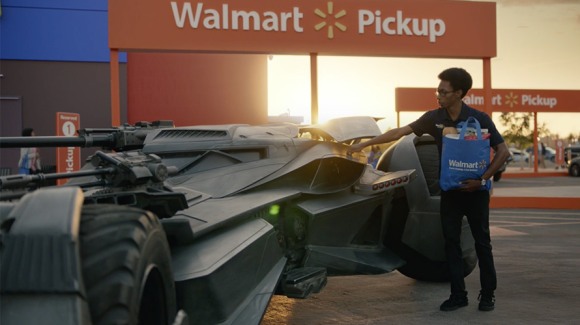 If you didn’t know where Batman shops, you do now: He and celebrities like Slimer, Scooby-Doo, the Griswolds, Doc Brown and more—or, more specifically, their cars—make cameos in a new spot from Walmart promoting its free grocery pickup service.

The campaign debuted during NBC’s Golden Globes broadcast last night and featured familiar vehicles from movies and TV shows from the last four decades—including the station wagon from National Lampoon’s Vacation, Lloyd and Harry’s Mutt Cutts van from Dumb and Dumber and more. And it’s set to the tune of Gary Numan’s 1979 hit “Cars,”.

Barbara Messing, CMO of Walmart U.S., said the retailer worked with Hollywood studios to ensure that the famous cars looked just like ones on film.