Chris Pratt, Bryce Dallas Howard and BD Wong will reprise their roles as Owen Grady, Claire Dearing and Dr. Henry Wu, bringing their characters from the silver screen to Jurassic World – The Ride, opening this summer at Universal Studios Hollywood 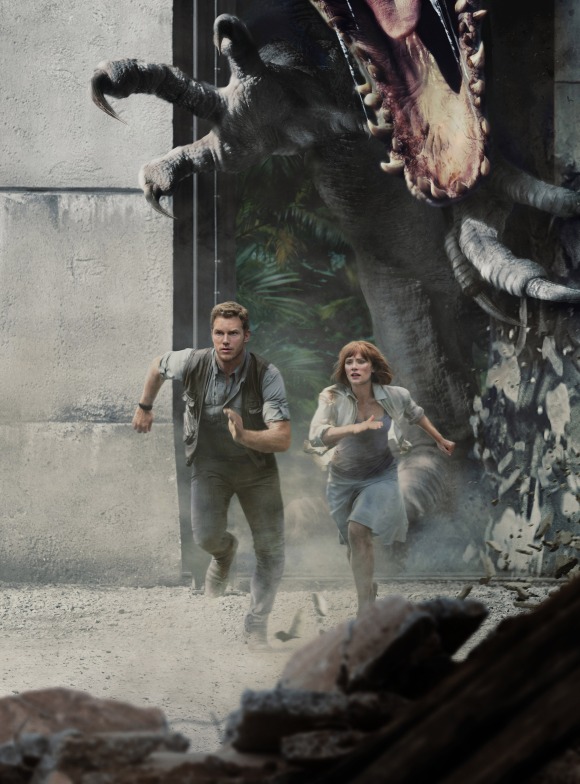 As part of original content created exclusively for the new ride, Owen, Claire and Dr. Wu will shed light on their interactions with the dinosaurs along with facts and information about the imposing prehistoric creatures that first roamed the earth more than 65 million years ago.

“Jurassic World—The Ride” will debut an original storyline that takes place within the theme park as depicted in Universal Pictures and Amblin Entertainment’s film, Jurassic World, on the day the Indominus rex escapes.

More details were also shared about how Universal plans on bringing the Mosasaurus to life. This will be the first time that fans will have the chance to see the Mosasaurus up close, immersed within her massive Aquarium Observatory.  Appearing to span over 60 feet in length and tipping the scales at over 30K pounds through stunning state-of-the-art visual effects – the Mosasaurus will move throughout her glass enclosure, filled with the equivalent of 3.5 million gallons of water.

Universal Creative collaborated with Industrial Light & Magic (ILM) to bring the Mosasaurus to life and to capture the realism of her underwater environment using a combination of spectacular visual effects and cutting-edge technologies, including the use of motion parallax, a technique that shifts the guest’s perspective of the Mosasaurus as she moves throughout the tank. The team also employed a series of lighting enhancements allowing the aquarium to intuitively shift from day to night, as well as visual changes to the environment during inclement weather, thus creating a variety of visual scenarios guests can experience based on when they experience the ride.

The state-of-the-art attraction will debut an original storyline that takes place within the theme park as depicted in Jurassic World – featuring additional new dinosaurs from the film. Currently, the ride’s aesthetics is being worked on to fit the blue & silver from the Jurassic World films – moving away from the original film’s red and yellow. A fresh, new entry statement, stonework landscaping and a contemporary redesign of the iconic pillars illuminated with billowing flames will support a prominent “Jurassic World” marquee logo.