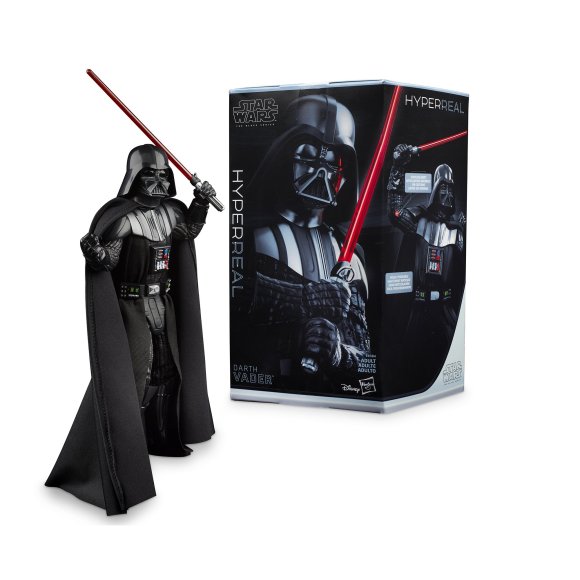 This fall, Hasbro is launching HyperReal Darth Vader, an action-figure that is the stuff of dreams for anyone who has ever played with and loved Star Wars toys. Living up to its line’s namesake, it looks astonishingly real — and that was the goal. The idea was sparked from the ever-growing popularity of toy photography on Instagram, and figuring out a way to remove one irksome visible element that breaks the fantasy of realism: action-figure joints.

“It made it a direct correlation with it being a toy versus being something real,” says Sam Smith, design manager of Star Wars. “We strived to remove that piece, to start to blur the lines between reality.”

Here is the full product description: