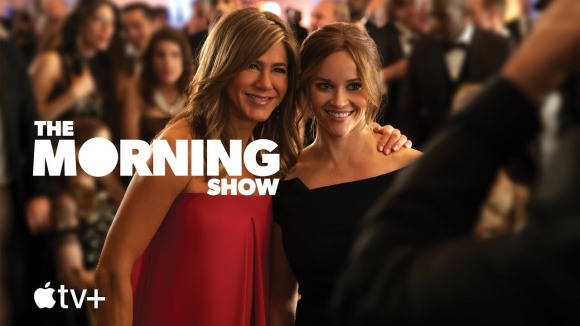 The first trailer for Apple’s upcoming The Morning Show is here.

The series, which has already received a two-season and 20-episode order and created by Michael Ellenberg (The Leftovers) with Kerry Ehrin serving as the series’ writer.

What happens when the people you trust to tell the truth prove themselves to be dishonest? The Morning Show follows the free fall of an early morning newscast in the wake of a scandal, and its struggle to survive in an era when news arrives in the palm of your hand.

The series also marks Carell’s first foray back into the small screen after seven seasons starring on The Office. It also marks Aniston’s return to television for the first time in 15 years since starring in one of the main roles on the hit NBC sitcom Friends, with the actress also choosing to focus on film roles. While she’s had bit-parts on TV in years past, (including Friends), Witherspoon made her debut in a starring TV role in last year’s Big Little Lies, which she also executive produced.

The Morning Show will premiere this fall, along with the launch of Apple TV+.