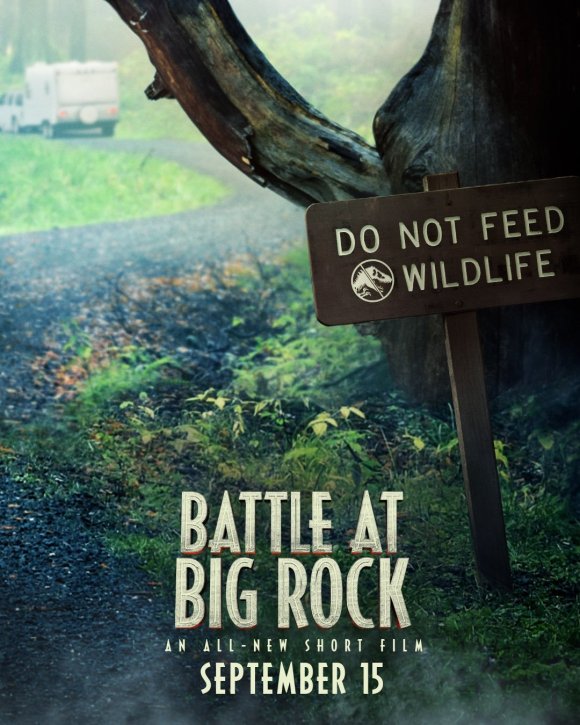 The Jurassic World franchise just got its next chapter! Following its premiere on FX last night, you can watch the new Jurassic World short film, Battle At Big Rock.

The short takes place one year after the events of the last Jurassic World film in Big Rock National Park, where dinosaurs are now living in our world. The story follows a family of four whose encounter with these wild animals becomes a terrifying fight for survival. Colin Trevorrow directed the shortwhich stars André Holland (Moonlight), Natalie Martinez (End of Watch), Melody Hurd (Fatherhood), and Pierson Salvador (NOS4A2).

The short film was co-written by Trevorrow and Emily Carmichael (Pacific Rim Uprising, The Black Hole), with music by Amie Doherty and Larry Fong serving as the cinematographer.

Jurassic World 3 will be directed and co-written by Carmichael and Trevorrow, who is returning to executive produce the project alongside Steven Spielberg. In June, star Bryce Dallas Howard hinted that the original stars from the first film, Jurassic Park, could be making a return in the next installment of the epic franchise. The rumor has not yet been confirmed, but Jeff Goldblum’s cameo in Fallen Kingdom could easily open the door for his character, Dr. Ian Malcolm, to return once more alongside Sam Neill and Laura Dern.