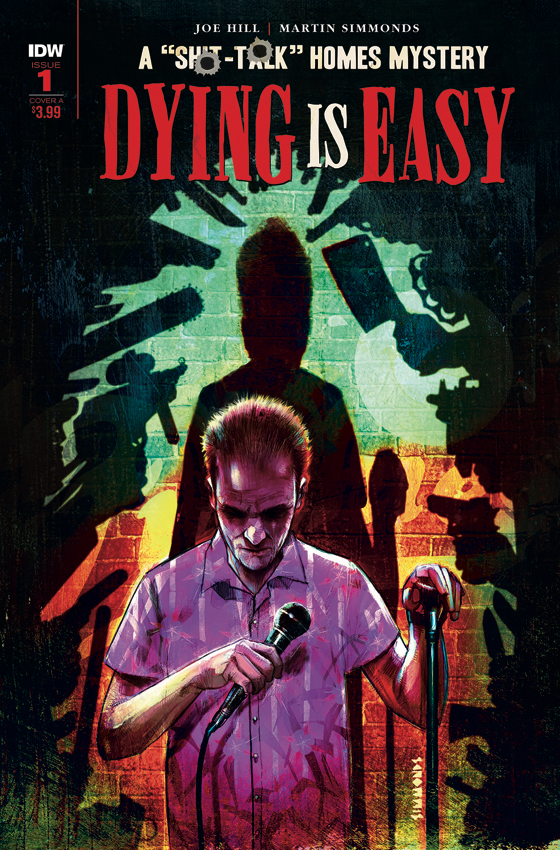 Illustrated by Martin Simmonds, critically acclaimed artist of Punks Not Dead, this five-issue mystery draws readers into the dimly-lit venues and grimy back alleys of the comedy world, where every stand-up is looking out for themself, making enemies left and right. 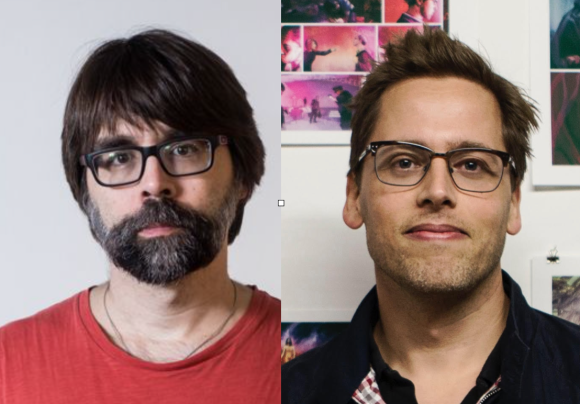 When an upstart comedian with a particularly ugly past achieves stardom by stealing jokes, he quickly earns a target on his back. It’s not long before the laughter stops… and the gunplay begins.

“Both as a writer and as a reader, nothing turns me on like that jolt of discovery, of revelation, when the scattered parts of a narrative suddenly click together to make an unexpected picture.

That’s the thrill of a fair-play mystery, where all the clues are there if the reader is clever enough to spot them, and there’s a chance to match wits with the detective,” says Hill.

“Dying is Easy gave me a chance to try my hand at a genre I love… and also allowed me to pay tribute to the poets of pulp, guys like Larry Block and Walter Mosley and Elmore Leonard, who have been inspiring me and blowing my mind for decades.

And I get to do it alongside Martin Simmonds, whose exacting pencils and vivid colors bring to life a whole neon-blurred world of heart-broken chumps and leg-breaking creeps. To think I get paid to do this!”

“I’d been dying to work on a project that’d allow me to push my art in a darker direction. The chance to collaborate on Dying is Easy with Joe means I can do exactly that,” says Simmonds. “Dying is Easy has been a bloody riot to illustrate, and I hope readers will get that same level of excitement from sleuthing their way through the series!”

“It’s a blast to see Joe get his hands dirty through the introduction of Syd ‘Sh*t-Talk’ Homes, especially when the grime many of the characters exude here is so gorgeously rendered by Martin Simmonds,” said IDW’s President/Chief Creative Officer and series editor Chris Ryall. “Readers should have fun engaging with this fair-play mystery, where all the clues to solve the crime are presented on the page. Until they, like Syd Homes, find out how truly unfair life can be.”

The first issue of Dying is Easy will be available with multiple cover editions – Cover A by series artist Martin Simmonds, Cover B by Hill’s Locke & Key collaborator Gabriel Rodríguez, and two special Retailer Incentive editions: a black-and-white Rodríguez variant and character design wraparound by Simmonds.