Welcome To Keyhouse In The Frst Locke & Key Image 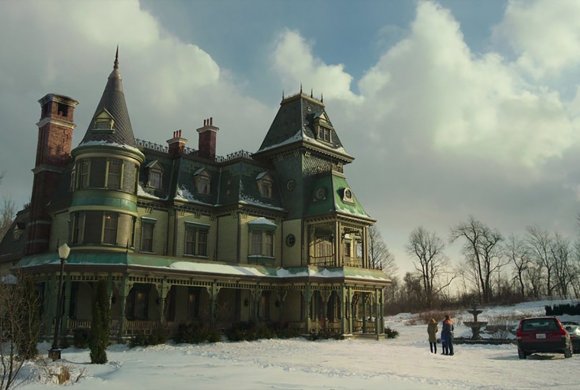 Netflix has unveiled the first image from the upcoming series adaptation of the Joe Hill graphic novel series Locke & Key welcoming audiences to the mysterious and powerful Keyhouse located in Lovecraft, Massachusetts.

In Locke & Key, after their father is murdered under mysterious circumstances, the three Locke siblings and their mother move into their ancestral home, Keyhouse, which they discover is full of magical keys that may be connected to their father’s death. As the Locke children explore the different keys and their unique powers, a mysterious demon awakens — and will stop at nothing to steal them. From Carlton Cuse (Lost, Bates Motel) and Meredith Averill (The Haunting of Hill House), the series is a coming-of-age mystery about love, loss, and the unshakable bonds that define family.

The IDW Publishing Locke & Key comic book franchise, co-created by Joe Hill and Gabriel Rodriguez, has garnered both awards and acclaim during its ten-year run. It has been translated into dozens of languages across the globe and has sold millions of copies worldwide.

Meredith Averill (The Good Wife) will co-showrun the series with Carlton Cuse. Cuse and series co-creator Joe Hill (the son of Stephen King) co-write the first episode with Aron Eli Coleite. Lindsey Springer for Cuse’s production company Genre Arts will executive produce alongside David Alpert and Rick Jacobs of Circle of Confusion. Andy and Barbara Muschietti (IT, Mama) will executive produce alongside Ted Adams and David Ozer from IDW Entertainment.