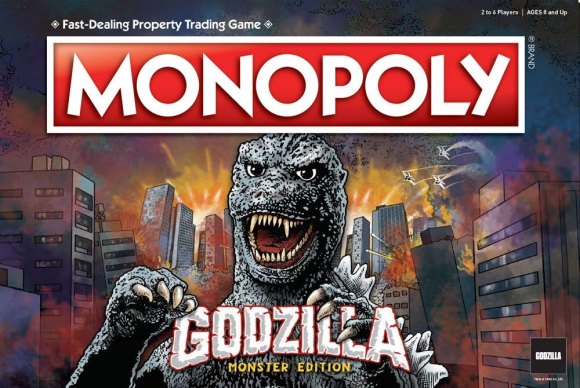 Demolish the competition in a city-terrorizing twist on the classic board game with Monopoly: Godzilla. Begin the invasion by buying, selling and trading locations like Monster Island, Goro’s Workshop, and Kitakami Lake and take over the board with Facilities and Bases. Custom sculpted tokens of giants such as Mothra, Godzilla, King Ghidorah, and Mechagodzilla easily impose on anything in their path!

And Godzilla is on the rampage again, this time with Jenga: Godzilla! Remove one block at a time from the tower, and then stack it on top, while Godzilla marches toward the tower raising the threat of destruction with every step! The last player to stack a block on the top of the tower without making it fall wins the game!

Monopoly: Godzilla and JENGA: Godzilla Extreme Edition will be available in specialty stores this Spring, with a $39.99 and $19.99 MSRP, respectively. 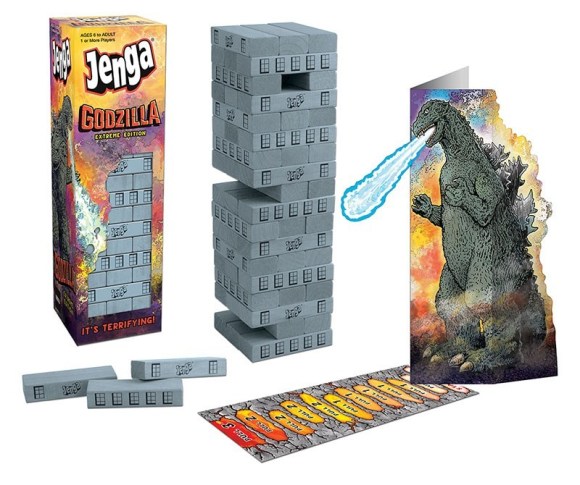