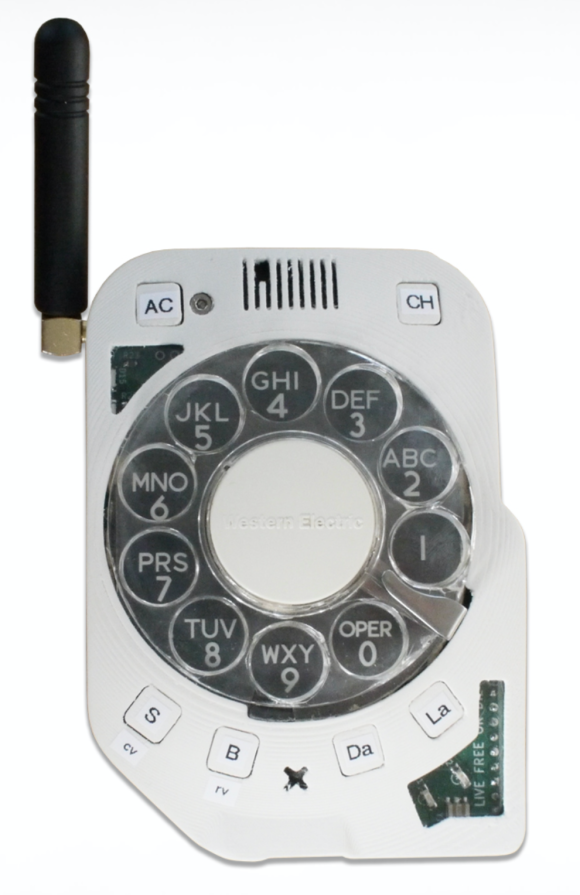 Space engineer Justine Haupt took a rotary mechanism from an old Trimline telephone and combined it with a microcontroller and a cellular transceiver.  She housed it all in a 3D-printed casing and created a one-of-a-kind cell phone. Curved ePaper was later added on the back for relevant messages like the most recent missed call.

Haupt says the point isn’t to be anachronistic, but rather to show it’s possible to have a usable, functional phone without anything even closely resembling a touch screen.