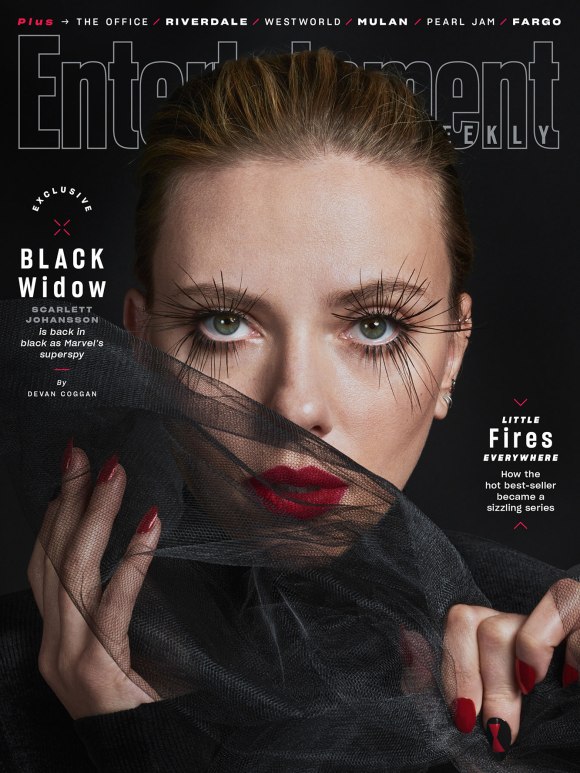 Scarlett Johansson readies for battle the way a veteran doctor scrubs in for surgery or an astronaut gears up for her eighth space flight. Hair drawn back in a tidy braid, she barely glances down at Natasha Romanoff’s familiar black catsuit as she buckles every buckle and zips every zipper with rhythmic efficiency. Squeezed into a closet-size armory on a Manhattan Beach soundstage, Johansson’s assassin-turned-Avenger is surrounded by all the guns, knives, and glossy wigs a superspy could ever need. She moves like she’s been doing this for a decade — because she has. 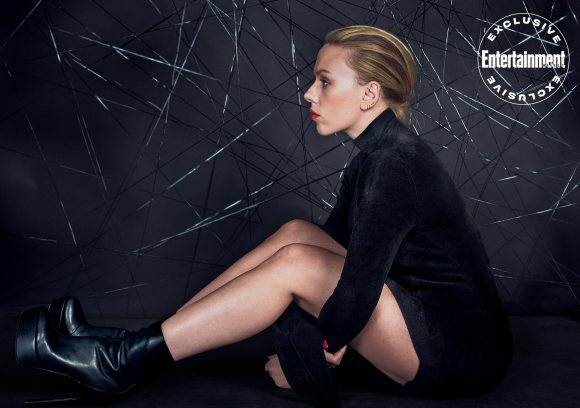 But this is something new: There’s no Captain America or Hawkeye to assist her, no S.H.I.E.L.D. backup waiting out of sight. This is Black Widow’s long-awaited solo movie, set in the turmoil between the all-star superhero team’s breakup in 2016’s Captain America: Civil War and their reunion in 2018’s Avengers: Infinity War. The mission she’s prepping for is personal, as the former Russian agent is going up against opponents from her past. When a fellow Widow, Rachel Weisz’s Melina, wonders how they’ll tackle one particularly formidable foe, Natasha replies, “Just get me close to him.” It’s not an arrogant quip or a self-congratulatory boast, just a matter-of-fact threat from a spy who is very, very good at her job. 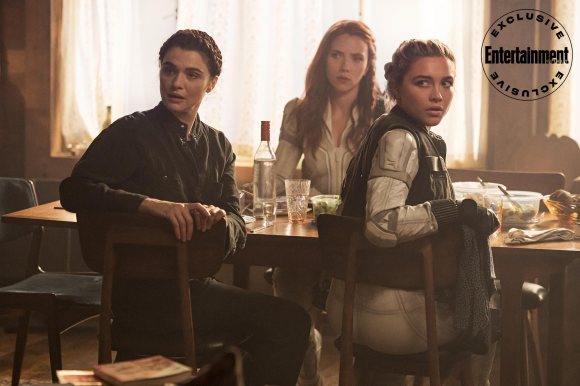 Then, just as Johansson pulls on her last glove with a satisfying snap…darkness. The studio has lost power; in the dark, someone calls out for flashlights. After a quick investigation, the production crew discovers the blackout is not the work of a diabolical supervillain but a blown transformer nearby. Natasha’s mission will have to wait a little while longer — but that’s all right. Black Widow knows how to wait.

To read more on Black Widow, pick up the new issue of Entertainment Weekly beginning on Tuesday, March 17.