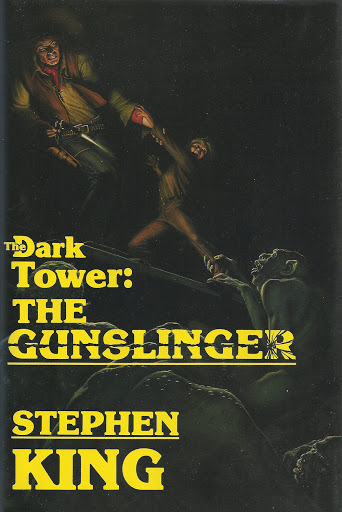 This past January saw the disheartening news that Amazon had elected not to move forward with the planned series adaptation of Stephen King’s legendary Dark Tower novel series and now showrunner Glen Mazzara has opened up about his plans for the canceled series.

In an interview with Eric Vespe and Scott Wampler for their podcast, The Kingcast, Mazzara revealed that the plan for the series was to expand on the backstory of the characters and events of the 2017 film adaptation, specifically taking and focusing on elements that the film didn’t bring from the novels, but after its tanking with critics and at the box office, they needed to change things up.

“When we realized that the franchise was not viable, or not going to continue, we decided we could now lay out the entire epic,” Mazzara said in the interview. “Now we had a choice: do we go back and start with The Gunslinger? Do you start and tell the story in a linear way and then interrupt that narrative and have this large cutaway in your season 4 or season 5 to Wizard and Glass? That’s a viable option.”

Mazzara said he and the writer’s room chose to go back to their original idea and start the series with the fourth book in the series, Wizard and Glass, which was primarily told in flashbacks and offered readers a deeper look at the sad backstory of lead protagonist Roland Deschain. This plan would’ve helped the series cast a younger star in the role and eventually work its way to his older years of searching for the titular structure and fighting against the Man in Black, known by various aliases across King’s books both in and out of the Dark Tower franchise, as well as encountering Susan Delgado, the woman he falls in love with.

“If season 1 ended with the death of Susan…in Wizard and Glass very quickly you go from the death of Susan to the death of Gabrielle, [Roland’s] mother,” Mazzara explained. “I felt that I needed a season to give me real estate so that Gabrielle’s death didn’t step on Susan’s and that it felt like an escalation. Roland fails to save Susan, but he actually shoots and kills his mother. In the book, Gabrielle is not really a detailed character in a way that, say, Susan is…Gabrielle is really not fleshed out. She just doesn’t have as many pages attributed to her. I love that character. The actress we had for her was Elaine Cassidy, a fantastic Irish actress, and she did a really great job. So for season 2…[we were] maybe going to use the shapeshifter story [from Wind Through the Keyhole] as part of season 2 and get to the death of Gabrielle and either the fall of Gilead there or the fall of Gilead would be the season three premiere.”

The intended showrunner revealed that it would be at this point in the series in which the actors would switch from the younger, twentysomething Roland to the more weathered and middle-aged iteration of the character and would begin to dive into the events of the first novel in the series, The Gunslinger. But with the film failing to connect with audiences and Amazon already investing hundreds of millions of dollars into a series adaptation of J.R.R. Tolkien’s Lord of the Rings saga, the adaptation is currently on hold unless production company Media Rights Capital can successfully shop the pilot scripts to a different network.