Watch The Devil All The Time Trailer 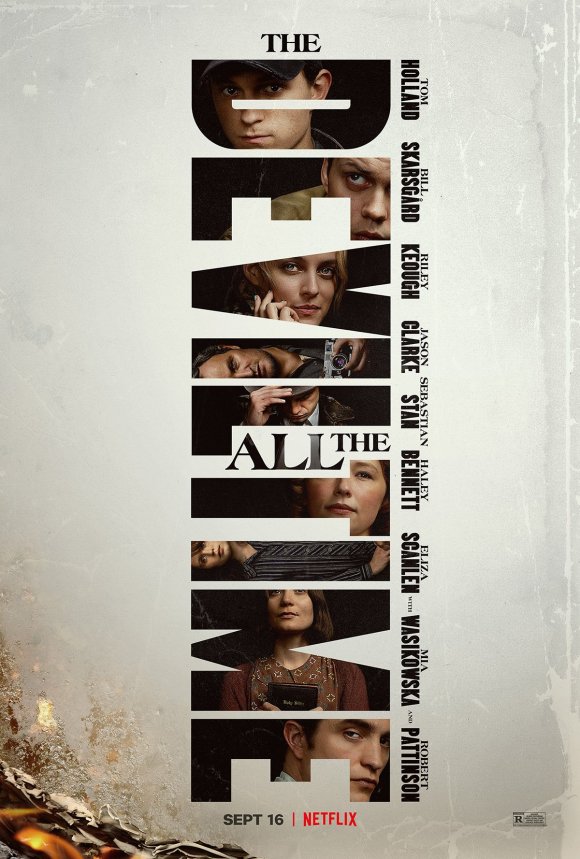 Netflix has released the official trailer for Antonio Campos’ forthcoming film adaptation of The Devil All the Time, featuring Tom Holland as he leads a star-studded ensemble in a psychological thriller about a young man who will do everything he can to protect the ones he love against sinister characters.

Based on Donald Ray Pollock’s 2011 novel, The Devil All the Time film is set in rural southern Ohio in a town called Knockemstiff over the course of two decades and surrounding a cast of dark and bizarre characters, including a serial-killing couple, a faith-testing preacher and a corrupt sheriff.

In Knockemstiff, Ohio and its neighboring backwoods, sinister characters — an unholy preacher, twisted couple, and crooked sheriff— converge around young Arvin Russell as he fights the evil forces that threaten him and his family. Spanning the time between World War II and the Vietnam war, director Antonio Campos’ The Devil All the Time renders a seductive and horrific landscape that pits the just against the corrupted.

The Devil All the Time is directed by Antonio Campos who also co-wrote the adaptation with Paulo Campos. It will debut on Netflix September 16.

Tagged Movies, Netflix, The Devil All The Time, Trailers