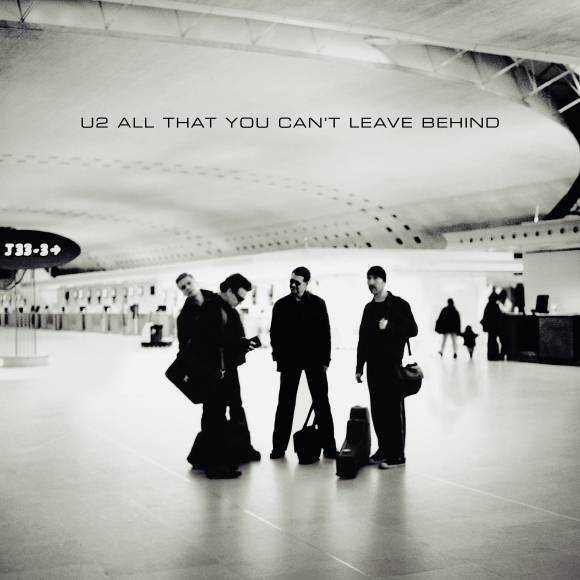 Island Records, Interscope, and UMe announced the 20th Anniversary reissue of U2’s global smash hit album All That You Can’t Leave Behind. This multi-format anniversary edition release, featuring a brand new 12-track remaster of the record, and a 51-track Super Deluxe box set is to be released on the actual date of the 20th anniversary, October 30, 2020.

The anniversary also sees the release of an acoustic version of “Stuck In A Moment You Can’t Get Out Of.”

All That You Can’t Leave Behind is the tenth studio album from U2. Released in October 2000, the original 11-track record included the hit singles “Beautiful Day,” “Stuck In A Moment You Can’t Get Out Of,” “Elevation” and “Walk On” and went to Number 1 in 32 countries around the world. Produced by Daniel Lanois and Brian Eno and recorded in Dublin and France, All That You Can’t Leave Behind won 7 Grammy Awards, including Best Rock Album, and is the only album in history to have multiple tracks win the award for Record Of The Year (“Beautiful Day” in 2001 and “Walk On” in 2002).

The brand new remaster of the album is available as a 12-track version and includes an additional track “The Ground Beneath Her Feet” in all formats of the reissue. 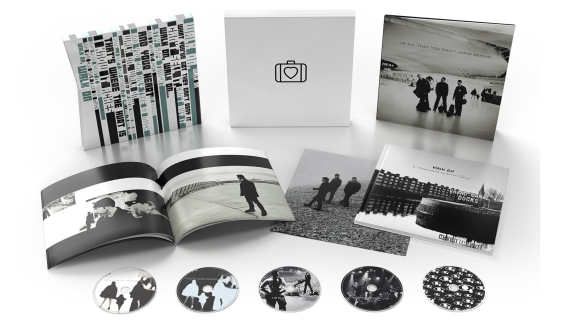 – A 32-page hardback book from longtime friend and collaborator Anton Corbijn featuring many previously unseen images of the band along with hand-written notes by Anton, plus a double-sided poster.
– 39 additional bonus tracks, including remastered B-sides (“Summer Rain,” “Always,” “Big Girls Are Best,” “Don’t Take Your Guns To Town”).
– Out-takes from the album sessions (“Levitate,” “Love You Like Mad,” “Flower Child”), as well as the track “Stateless” which featured on The Million Dollar Hotel soundtrack; plus an acoustic version of “Stuck In A Moment You Can’t Get Out Of.”
– The complete 19-track live audio of the band’s Elevation Tour performance, recorded at the Fleet Center, Boston, Massachusetts in June 2001. The set includes 7 tracks from All That You Can’t Leave Behind.
– A collection of 11 remixes which features four previously unheard versions recently unearthed in the band’s Dublin archives: “Walk On (Wyclef Jean Remix),” “New York (Carnegie’s Deli Mix),” “New York (Superman Kicks Ativan Mix)” and “When I Look At The World (Picante Remix).”

All That You Can’t Leave Behind is available on Standard, Deluxe, and Super Deluxe in CD, Vinyl, and Digital versions. Out October 30, pre-order HERE.

For tracklistings and details of content on Deluxe and Super Deluxe formats, visit u2.com

Tagged All That You Can't Leave Behind 20th Anniversary, CD, U2