The Jungle Cruise is getting an update at Magic Kingdom at Walt Disney World in Florida and Disneyland in California, and the attraction will better “reflect and value the diversity of the world around us,” according to a post on the Disney Parks blog. 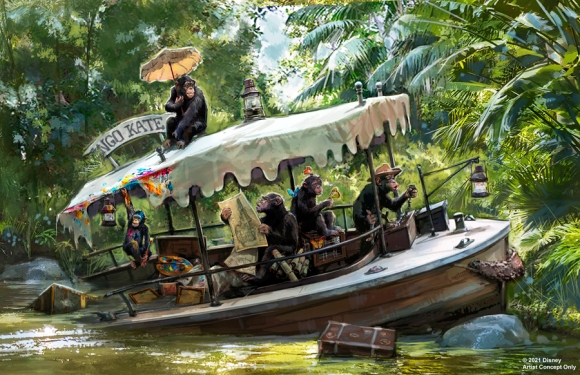 The ride, which takes passengers on “scenic and comedic boat tour of exotic rivers across Asia, Africa and South America,” according to its Disney World’s description, had been criticized for its depictions of Indigenous people.

Some have characterized the ride as “legit jaw-dropping in its offensiveness” with “racist caricatures.” The ride included animatronic human characters depicting some Indigenous characters as headhunters and insensitive language that refers to them as “savages.”

“As Imagineers, it is our responsibility to ensure experiences we create and stories we share reflect the voices and perspectives of the world around us,” Carmen Smith, creative development and inclusion strategies executive at Walt Disney Imagineering, said in a statement. “With Jungle Cruise, we’re bringing to life more of what people love – the humor and wit of our incredible skippers, while making needed updates.” Disney engaged several cultural advisers to weigh in.

“In this particular case, Imagineers created a storyline that builds upon what people love the most while addressing negative depictions simultaneously,” Disney said in a statement provided by spokesperson Michele Himmelberg. “Imagineers are addressing negative depictions of native people while adding a humorous storyline that follows the adventure of a Jungle Cruise skipper, his passengers and what has become of their boat and its contents. Guests will also find this group of adventurers to be diverse – in background and fields of interest.”