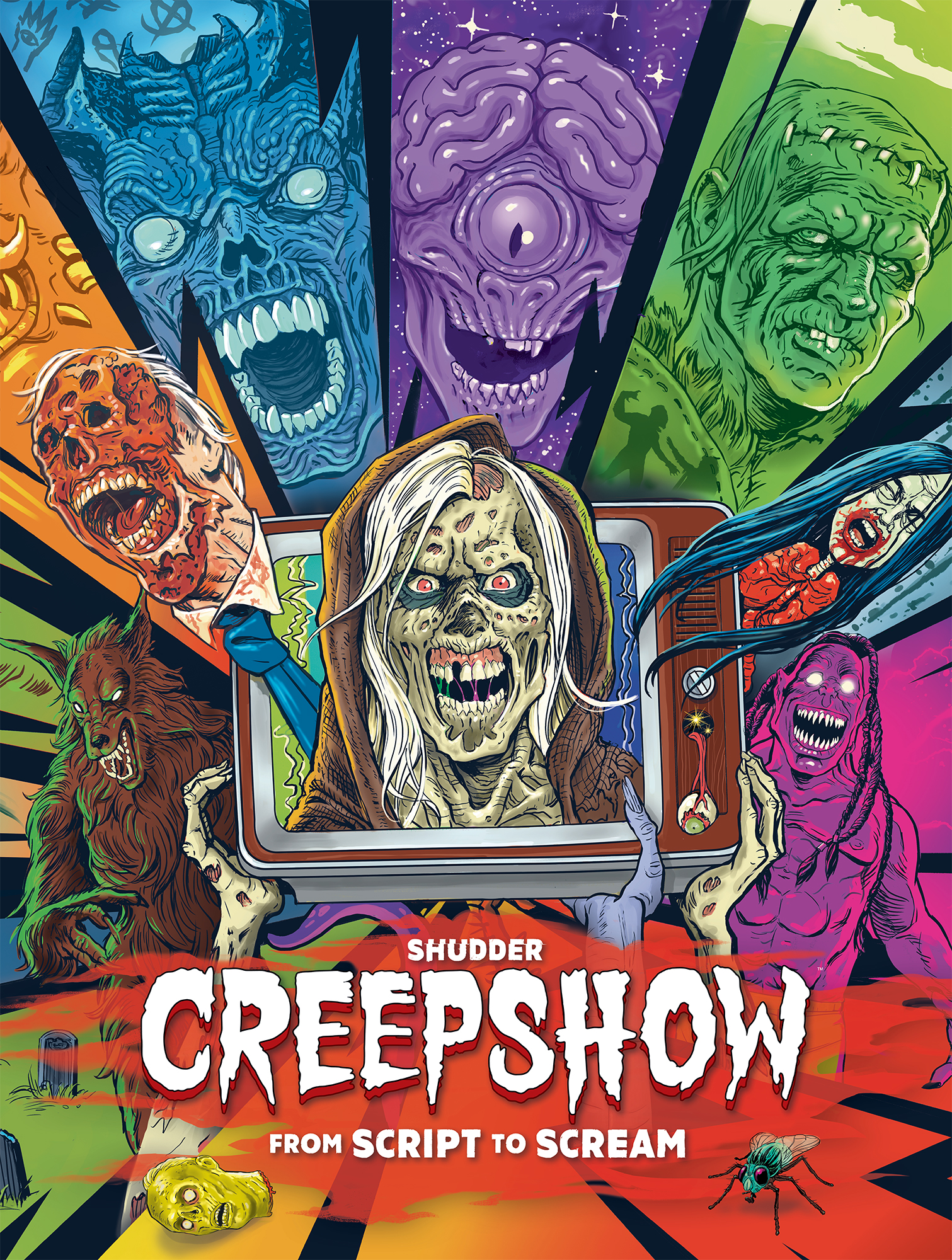 Shudder’s Creepshow: From Script to Scream ($50) is the official behind-the-scenes book featuring the spine-tingling stories and tantalizing talent behind The Creepshow series.

Titan Books is delighted to be partnering with the newly-launched AMC Networks Publishing on Shudder’s Creepshow: From Script to Scream, an official behind-the-scenes book featuring the spine-tingling stories and tantalizing talent behind Creepshow, the hit anthology series from Showrunner Greg Nicotero (The Walking Dead) and produced by Cartel Entertainment, the studio for the TV series.

Creepshow has been heralded as “an irresistibly macabre package,” (Slant Magazine) and “an undeniable love letter to all generations of horror fans,” (CBR), and over three seasons, has been one of the most watched programs on Shudder. While the book focuses on the television show, it also contains imagery and anecdotes from the original Creepshow film, which celebrates its 40th anniversary this November.

Shudder’s Creepshow: From Script to Scream will be published on October 25, 2022 and can be pre-ordered HERE.