Howard Stern Announces SiriusXM Premium Will Be Free Through May 15 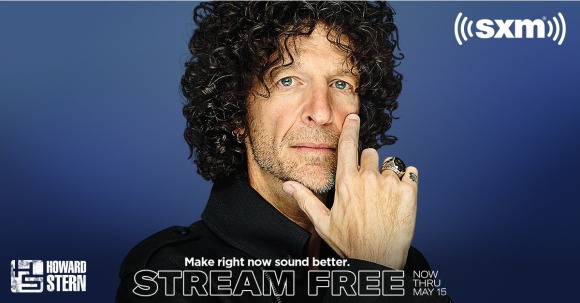 Howard Stern announced Tuesday that SiriusXM access will be free for the next month and a half. The radio host revealed the news while broadcasting The Howard Stern Show (channel 100) from his home.

“With so many people asked to stay at home, we are making our full streaming lineup of music, entertainment, news and information easily accessible to everyone,” said Jim Meyer, SiriusXM CEO. “In the days ahead, we hope it’s a valuable source of information or diversion, a generous mix of fresh live content, and a source of companionship that comes from the hosts on our many shows and channels.  And there was no better way to launch the Stream Free content than with Howard this morning.”

Anyone who is not already a SiriusXM subscriber can download the SiriusXM app or go to SiriusXM.com/streamfree to start listening free of charge and there’s no credit card or commitment required. That will unlock more than 300 channels of programming. The promotion will run through May 15.

SiriusXM is also launching #StayHome Radio (channel 179), which is described as “a feel-good, ad-free music channel” featuring “happy and uplifting songs from artists like Lizzo and Coldplay to P!nk and Bob Marley.”

Another bonus is that the Billy Joel channel will return on April 1 for a limited time, so enjoy! 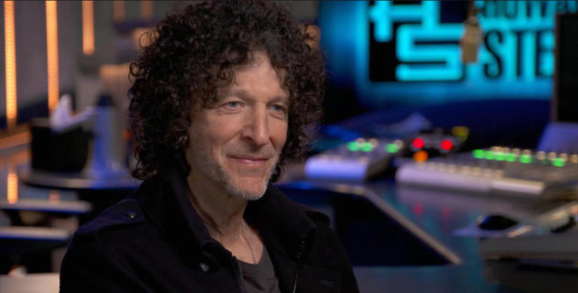 Over the past 13 years, Howard Stern helped SiriusXM satellite radio grow from a fledgling experiment into a 33 million-subscriber empire. But Stern, who made a name for himself as a potty-mouthed shock jock, has evolved as a celebrity interviewer and as a person. 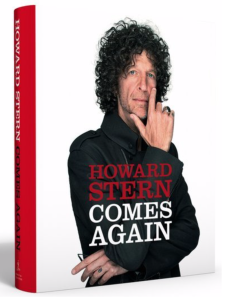 He talks with Tracy Smith about his new book of interviews, “Howard Stern Comes Again”; his psychotherapy; a health scare that demonstrated he “wasn’t Superman”; and how he and his wife are guardian angels to a thousand rescue cats.

SiriusXM Video To Debut This Summer 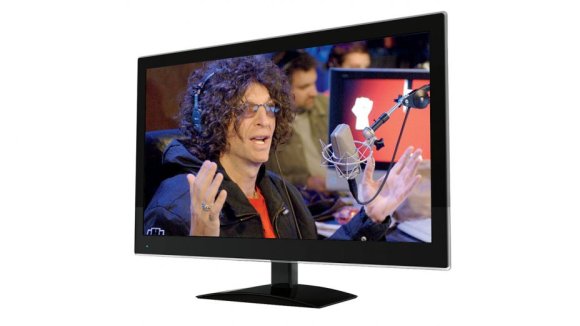 Video from The Howard Stern Show, which is heard on SiriusXM live, is expected to dominate the satellite radio firm’s first venture into video programming, in addition to special programming and content from Stern’s video library.

“Howard customers want one thing: more Howard, and we’re going to give them more Howard,” Meyer explained. “We are going to focus on getting it promoted right, getting it out there right.” He added that adding to the customer experience and value proposition are key, and they will allow the company to roll out more video offers over time.

The Stern video service was previously delayed to 2017 and then this year. Plans for it were first announced in late 2015 when Sirius and Stern signed a new five-year deal.

Meyer said that after the Stern launch, the firm would offer “additional shortform content from around the SiriusXM bundle” later in 2018, with the firm likely to have more to say about these additional plans on the next earnings call.

SiriusXM Presents James Taylor Live At The Apollo On June 16, 2015

James Taylor will perform songs from his 40-plus year career as well as music from his new album Before This World, which is scheduled to be released on Tuesday, June 16. The concert will air live on Taylor’s limited-run SiriusXM channel, James Taylor Channel. And yes! Subscribers will have the opportunity to win tickets to the event.

The limited-run 24/7 commercial-free James Taylor Channel will air from May 22 – June 22 on Ch. 17, featuring music from  the iconic singer-songwriter’s entire catalog, including all 17 of his studio albums— music from his early albums like Sweet Baby James to his biggest selling album JT as well as his Covers album and his soon-to-be-released Before This World. Additionally, James will sit down for a Q&A session at the SiriusXM studios in New York City as part of the SiriusXM “Town Hall” series. The Q&A session will feature Taylor discussing his new album with a select group of lucky listeners and air Friday, June 19 at 5 pm ET.

Starting Monday June 23, 2014 at 6am you’ll be able to watch the entire Howard Stern Birthday Bash for free!

Just go to SiriusXM.com or HowardStern.comto watch! Stream it in it’s entirity, skip to the scenes and performances you want to see and share them with your friends and family! Watch, enjoy and share the Birthday Bash all through the July 4th weekend!

Howard Stern and Billy Joel wowed a lucky crowd of just 100 people with an intimate talk/concert for SiriusXM Satellite radio’s “Town Hall” series on Monday afternoon. Guests were invited to the Cutting Room on E. 32nd St., at noon for a three-hour chat between the two and, of course, Stern’s ever-present sidekick, Robin Quivers.

There to perform were Idina Menzel, P!nk, Boys 2 Men and Melissa Etheridge, who rocked the house with a sexy rendition of “Only the Good Die Young.”  Pink, who sat next to her Vietnam veteran father, Jim Moore, sang a duet with Joel to “She’s Always a Woman,” while her father proudly filmed from the audience. Stern presided over a lively interview which included questions from celebrity fans such as Matt Lauer and Rachael Ray.

Hugh Jackman Sings ‘Who Am I?’ From the Musical ‘Les Misérables’ as Wolverine From Marvel’s X-Men

In a recent video, actor Hugh Jackman performs “Who Am I?” from the musical Les Misérables as if the character singing the song were Wolverine from Marvel Entertainment’s X-Men, rather than the original Jean Valjean, on The Matt Edmondson Show for BBC Radio 1. Jackman has previously portrayed both Wolverine and Valjean on screen.

Howard Stern will celebrate his birthday in a big way this year, with Sirius XM announcing a special live broadcast from New York City, hosted by Jimmy Kimmel, on the evening of January 31st, 2014.

“Howard Stern’s Birthday Bash” will be the first of its kind since Stern made the jump from terrestrial to satellite radio. Specifics of the event – including venue, VIP guests, performers, and other surprises – will be announced on The Howard Stern Show in the coming weeks.

“With this birthday bash, we are finally one step closer to making my birthday the national holiday it deserves to be,” Stern cracked in a statement.

Entertainment Weekly Radio on SiriusXM channel 105 will officially launch today, May 28. The 24/7 channel will kick off with a special “Town Hall” Q&A with Hugh Jackman, moderated by Jess Cagle, Tuesday morning at 7:00 a.m ET.

The full programming schedule is as follows:

EW Morning Live
Monday—Friday, 8:00 am –10:00 am ET
Entertainment Weekly’s Dalton Ross and Survivor winner and TV host Jenna Morasca will host a live weekday morning show discussing all things pop culture: movies, TV, music and more. Hosts Dalton and Jenna will share their perspectives on what is best (and worst) in daily entertainment options, talk to some of today’s biggest stars, and hear from listeners about their latest entertainment obsessions.

TV Recap
Monday—Friday, 10:00 am –11:00 am ET
Each day, Entertainment Weekly’s Dalton Ross and Jessica Shaw will recap TV shows from the previous night, diving deep into shocking moments and jaw-dropping plot twists—as well as preview upcoming episodes and casting. The live one-hour show will feature interviews with the stars, creators and writers of TV’s most popular series, and listeners are encouraged to call in to voice their opinions and relive unforgettable moments.

Editor’s Hour
Monday—Friday, 3:00—4:00 pm ET
The editors of Entertainment Weekly will now also be the most trusted voices on the radio. The Editor’s Hour will feature a weekly show hosted by Entertainment Weekly Editor Jess Cagle, as well as the magazine and website’s movies, music and TV editors who will answer questions from listeners, take them behind-the-scenes of some of the biggest projects in Hollywood, and provide insight into pop culture’s biggest trends.

News & Notes
Monday—Friday, 4:00 –7:00 pm ET
Daily, three hour, live show hosted by Julia Cunningham that will keep listeners updated on the day’s entertainment news and the hottest topics in pop culture, including music, movies, books and theater. News & Notes hosts will also be sure to keep listeners informed on what to watch on TV that evening—and what will last a few days on the DVR.

Mondays at 2:00 pm ET
This is a show hosted by Entertainment Weekly’s Clark Collis, Darren Franich and Keith Staskiewicz who want to explore all of the “weird” news and trends in the world of entertainment, including answers to questions such as “does Chewbacca need to wear pants?”.

Tuesdays at 2:00 pm ET
Hosted by three of Entertainment Weekly’s female staffers, Melissa Maerz, Jessica Shaw and Sara Vilkomerson, this weekly show will be based on their daily ritual of discussing pop culture from a woman’s perspective as friends and colleagues at the magazine.

The Movie Critic’s Show with Owen Gleiberman
Wednesdays at 2:00 pm ET
Veteran Entertainment Weekly critic Owen Gleiberman will share with movie fans his reviews of the best and worst in movies released each week as well as some of his favorite films.

Inside TV
Wednesdays at 8:00 pm ET
EW’s Lynette Rice gives the inside scoop and industry news in the world of TV.

Bullseye
Thursdays at 2:00 pm ET
This popular feature in the magazine will now have a radio counterpart hosted by Entertainment Weekly’s Tim Stack and Tanner Stransky as they review the week’s major “hits” and “misses” in pop culture and entertainment.

The Must List
Thursdays at 8:00 pm ET
Host Jenna Morasca will countdown The Must List, Entertainment Weekly’s trademark list of what’s hot each week in TV, movies, music, books and more.

Having a Moment
Fridays at 5:00 pm ET
Entertainment Weekly’s Grady Smith takes listeners through entertainers that are having a breakout moment or hitting their stride in a notable way and how and why their current projects seem to be bubbling to surface of water cooler conversation.

Neil Gaiman’s Neverwhere, a novel about a man who discovers a secret world beneath the streets of London, is now a six-part BBC radio play starring some of your favorite British actors including Benedict Cumberbatch (Sherlock), James McAvoy (X-Men: First Class) and Natalie Dormer (Game of Thrones). It’s currently available for free online.

An act of kindness sees Richard Mayhew catapulted from his ordinary life into a subterranean world under the streets of London. Stopping to help an injured girl on a London street, Richard is thrust from his workaday existence into the strange world of London Below.

So begins a curious and mysterious adventure deep beneath the streets of London, a London of shadows where the tube cry of ‘Mind the Gap’ takes on new meaning; for the inhabitants of this murky domain are those who have fallen through the gaps in society, the dispossessed, the homeless. Here Richard meets the Earl of Earl’s Court, Old Bailey and Hammersmith, faces a life-threatening ordeal at the hands of the Black Friars, comes face to face with Great Beast of London, and encounters an Angel. Called Islington.

Joining the mysterious girl named Door and her companions, the Marquis de Carabas and the bodyguard, Hunter, Richard embarks on an extraordinary quest to escape from the clutches of the fiendish assassins Croup and Vandemar and to discover who ordered them to murder her family. All the while trying to work out how to get back to his old life in London Above. 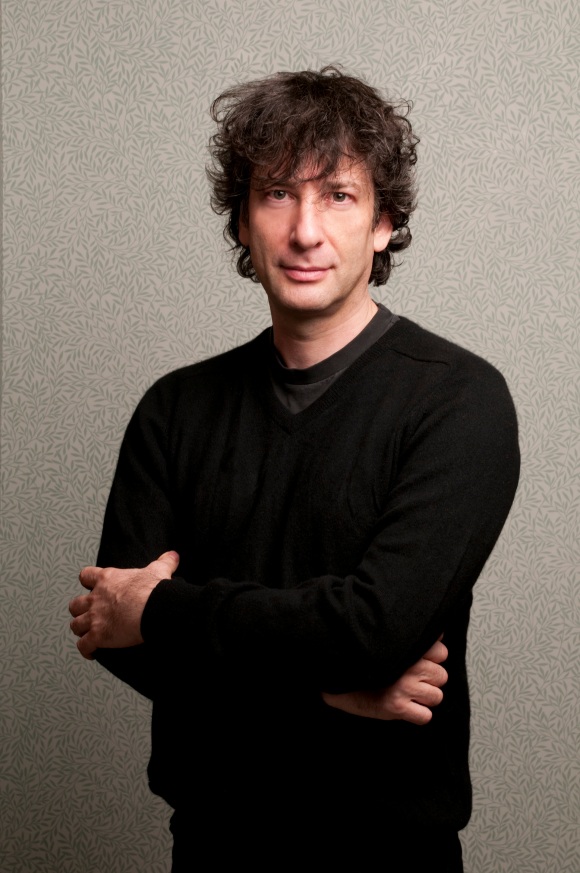