To celebrate “Hamilton,” the filmed version of the original Broadway production which premieres this Friday, July 3, 2020 on Disney+, the studio has released a special look at the Tony Award and Pulitzer Prize-winning musical. Please share it with your readers, and don’t forget to check out this unforgettable cinematic stage performance this Friday when it streams globally on Disney+.

The filmed version of the original Broadway production of “Hamilton” combines the best elements of live theater, film and streaming to bring the cultural phenomenon to homes around the world for a thrilling, once-in-a-lifetime experience. “Hamilton” is the story of America then, told by America now. Featuring a score that blends hip-hop, jazz, R&B and Broadway, “Hamilton” has taken the story of American founding father Alexander Hamilton and created a revolutionary moment in theatre—a musical that has had a profound impact on culture, politics, and education.

Watch The Trailer For Hamilton: The Film 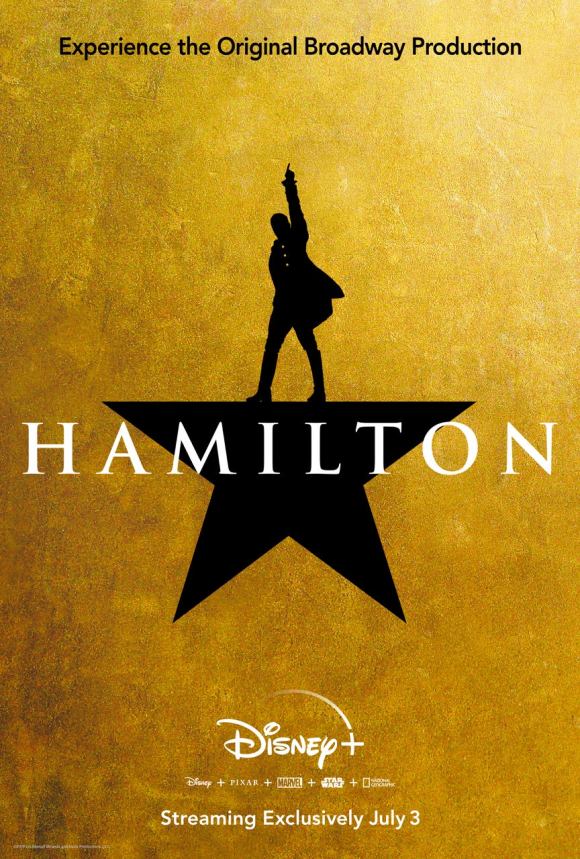 Tonight, as part of the 2020 ESPYs airing on ESPN and ESPN2, Disney+ debuted the trailer for “Hamilton,” the filmed version of the original Broadway production, ahead of its global premiere on the streaming service on July 3, 2020.

An unforgettable cinematic stage performance, the filmed version of the original Broadway production of “Hamilton” combines the best elements of live theater, film and streaming to bring the cultural phenomenon to homes around the world for a thrilling, once-in-a-lifetime experience. “Hamilton” is the story of America then, told by America now. Featuring a score that blends hip-hop, jazz, R&B and Broadway, “Hamilton” has taken the story of American founding father Alexander Hamilton and created a revolutionary moment in theatre—a musical that has had a profound impact on culture, politics, and education.

The Walt Disney Company, Lin-Manuel Miranda, Jeffrey Seller, and Thomas Kail are pleased to announce an agreement for the worldwide distribution rights that will bring the 11-time-Tony Award-, Grammy Award-, Olivier Award- and Pulitzer Prize-winning stage musical to cinema screens. The film will be released by The Walt Disney Studios on October 15, 2021.

Producers for Hamilton, the film of the original Broadway production, include Miranda, Seller, and Kail, who also directs.

The film of the original Broadway cast performing Hamilton is a leap forward in the art of “live capture.” This movie transports its audience into the world of the Broadway show in a uniquely intimate way. Combining the best elements of live theater and film, the result is a cinematic stage performance that is a wholly new way to experience Hamilton. 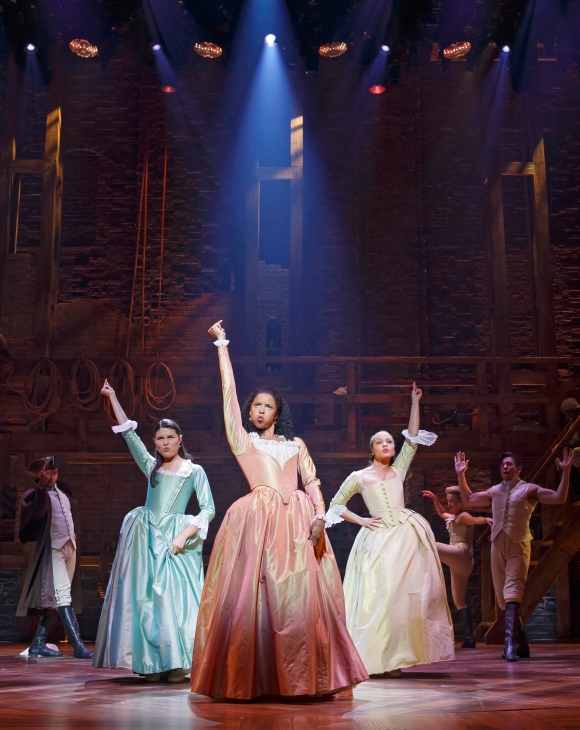 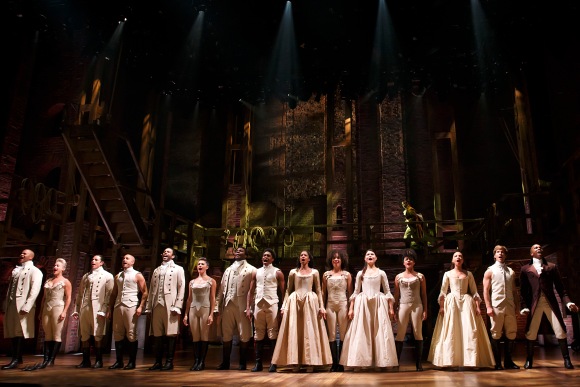 “Lin-Manuel Miranda created an unforgettable theater experience and a true cultural phenomenon, and it was for good reason that Hamilton was hailed as an astonishing work of art. All who saw it with the original cast will never forget that singular experience,” said Robert A. Iger, Chairman and Chief Executive Officer, The Walt Disney Company. “And we’re thrilled to have the opportunity to share this same Broadway experience with millions of people around the world.”

“I fell in love with musical storytelling growing up with the legendary Howard Ashman-Alan Menken Disney collaborations – The Little Mermaid, Beauty and The Beast, Aladdin,” said Lin-Manuel Miranda. “I’m so proud of what Tommy Kail has been able to capture in this filmed version of Hamilton – a live theatrical experience that feels just as immediate in your local movie theater. We’re excited to partner with Disney to bring the original Broadway company of Hamilton to the largest audience possible.”

“We are thrilled for fans of the show, and new audiences across the world, to experience what it was like on stage – and in the audience – when we shot this at The Richard Rodgers Theatre on Broadway in June of 2016. We wanted to give everyone the same seat, which is what this film can provide,” said Thomas Kail.

Mondo Christmas With The Joker By Phantom City Creative Print

Phantom City Creative are spreading all the holiday cheer with the latest addition to their absolutely incredible Batman: The Animated Series collection with one of the all time great episodes, “Christmas With The Joker”!

This Mondo print pays homage to the legendary Bing Crosby by way of Mr. J. These posters are on sale now via mondotees.com. 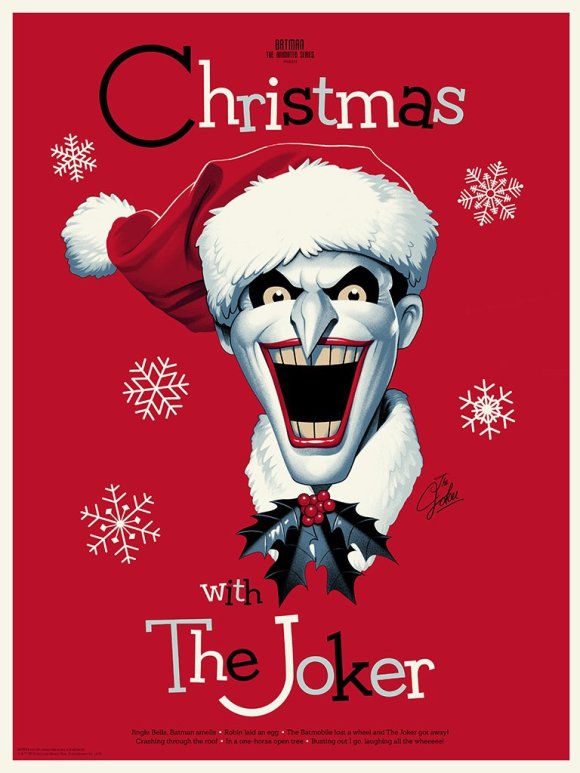 First Look At Beetlejuice The Musical

The ghost-with-the-most comes to life on stage in this hilarious new musical based on Tim Burton’s dearly beloved film. Directed by Alex Timbers (Moulin Rouge!), Beetlejuice tells the story of Lydia Deetz, a strange and unusual teenager obsessed with the whole “being dead thing.” Lucky for Lydia, her new house is haunted by a recently deceased couple and a delightful demon with a real zest for life. When Lydia calls on Beetlejuice to scare away anyone with a pulse, this double-crossing specter will show his true stripes. Starring a cast of Broadway’s biggest talents — and even bigger sandworms — Beetlejuice features eye-popping sets, jaw-dropping choreography, and a score that’s out of this (Nether)world.

Tickets are on sale now at https://beetlejuicebroadway.com/.

Springsteen on Broadway is a solo acoustic performance written and performed by Tony Award, Academy Award, and 20-time Grammy Award winner Bruce Springsteen. Based on his worldwide best-selling autobiography ‘Born to Run,’ Springsteen on Broadway is a unique evening with Bruce, his guitar, a piano, and his very personal stories. In addition, it features a special appearance by Patti Scialfa. The evening has received rave reviews in top media here and abroad.

Bruce Springsteen’s historic sold-out series of performances of his one man show Springsteen On Broadway began previews on October 3, 2017 and officially opened October 12. The show was extended three times after its initial eight-week run, and will close on Broadway on December 15, 2018, bringing the total number of performances to 236. 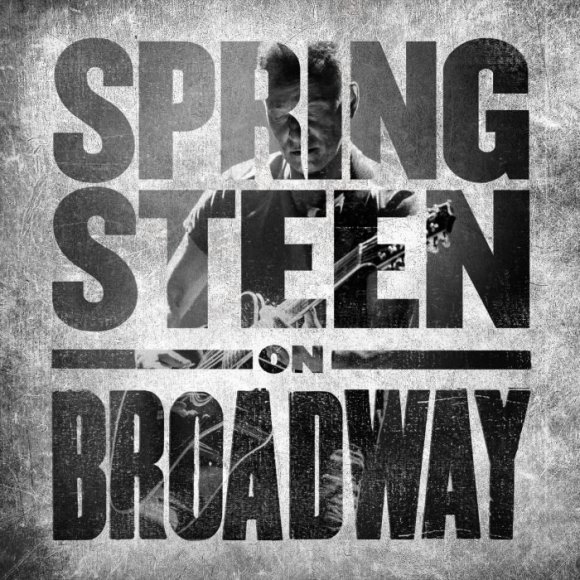 Columbia Records will release the Springsteen On Broadway soundtrack album on December 14th, featuring the songs and stories from Tony Award winner Bruce Springsteen’s historic 236-show run at Jujamcyn’s Walter Kerr Theatre. Consisting of the complete audio from the upcoming ‘Springsteen On Broadway’ Netflix release, the soundtrack album will be available on 4 LPs or 2 CDs as well as a digital download and on streaming services.

Based on his worldwide best-selling autobiography Born to Run, Springsteen on Broadway is a unique evening with Bruce, his guitar, a piano, and his very personal stories.

On the Springsteen On Broadway soundtrack album, each of these stories appears as its own track, labeled as an “introduction” to the song it precedes. In addition, the show features a special appearance by Patti Scialfa.

The audio for Springsteen on Broadway was mixed by the legendary Bob Clearmountain and mastered by the acclaimed Bob Ludwig.

Springsteen on Broadway is available for pre-order starting today.

Netflix has released the first trailer for its upcoming documentary on legendary record producer, singer and film producer, Quincy Jones.

Quincy is an intimate look into the life of icon Quincy Jones. The film seamlessly threads personal vérité moments with private archival footage to reveal a legendary life like no other. A unique force in music and popular culture for 70 years, Jones has transcended racial and cultural boundaries; his story is inextricably woven into the fabric of America. Beyond his own acclaim as a trumpeter, producer, conductor, composer and arranger, Jones’s inimitable gift to discover the biggest talents of the past half of the century is unprecedented. He has mentored and cultivated the careers of young talents, from Lesley Gore and Michael Jackson to Oprah Winfrey and Will Smith.

“It’s rare that somebody who has lived as much life as my dad is still interested in growing and knowing the next generation,” Rashida Jones says. “He is such a man of action and accomplishments, but we were so lucky to spend real time with him, to let him reflect on life and the larger picture. I feel honored to be able to share that with audiences all over the world.”

“There is really no one like Quincy, the sheer breadth of his work alone is unparalleled, but the story of him as a man has never been comprehensively told. It was a privilege to have his trust, allowing us to capture intimate moments giving insight into the fabric of the man,” added Alan Hicks.

Quincy Jones’s career as a composer, conductor, best-selling author, multi-media entrepreneur and producer spans decades. He stands today as one of the most successful and admired artists of the entertainment world and was named by Time Magazine as one of the most influential jazz musicians of the 20th century.

Jones is one of only 18 people who has won all four major annual American entertainment awards (Emmy, Grammy, Oscar, Tony). He is the most Grammy-nominated artist of all time, with a total of 79 nominations, and has won 27 times (the second all-time highest number in history.) As producer and conductor of the historic “We Are The World” recording (best-selling single of all time), and Michael Jackson’s multi-platinum solo albums, “Off The Wall,” “Bad,” and “Thriller” (the best-selling album of all time), Jones stands as one of the most successful and admired creative artists/executives in the history of the entertainment world.

In 1985, Jones co-produced Steven Spielberg’s adaptation of Alice Walker’s The Color Purple, which garnered eleven Oscar nominations and marked his debut as a film producer. Throughout his career, Jones has received seven Oscar nominations and received the film Academy’s Jean Hersholt Humanitarian Award. Jones has won an Emmy Award for his score of the opening episode of the landmark TV miniseries, Roots, and in 2016 he received a Tony Award for Best Revival of a Musical for The Color Purple.

“It’s a rare opportunity to be able to present the definitive story of someone who has for over seven decades, not just influenced, but altered the course of culture. Combining his God-given creative gift with a near maniacal work ethic, Quincy Jones has done just that, marshalling every expression of the arts to their full potency resulting in everything from Thriller to The Color Purple,” said Lisa Nishimura, VP of Original Documentaries for Netflix. “Told through the rare and intimate lens of Directors Alan Hicks and Quincy’s daughter Rashida Jones, Quincy provides a fresh and unexpected journey into this legendary life, still in the making.”

Beetlejuice Is Coming To Broadway

Lock up your kids, folks, he’s back! Beetlejuice is ruder, raunchier and frankly, more repellant than ever in this original musical based on Tim Burton’s wonderfully demented film. Directed by Alex Timbers, Beetlejuice tells the story of Lydia Deetz, a strange and unusual teenager obsessed with the whole “being dead thing.” Lucky for Lydia, her new house is haunted by a recently deceased couple and a degenerate demon who happens to have a thing for stripes. When Lydia calls on this ghost-with-the-most to scare away her insufferable parents, Beetlejuice comes up with the perfect plan, which involves exorcism, arranged marriages and an adorable girl scout who gets scared out of her wits. Plus singing and dancing, of course.

Casting, performance dates and ticket information will be announced shortly. 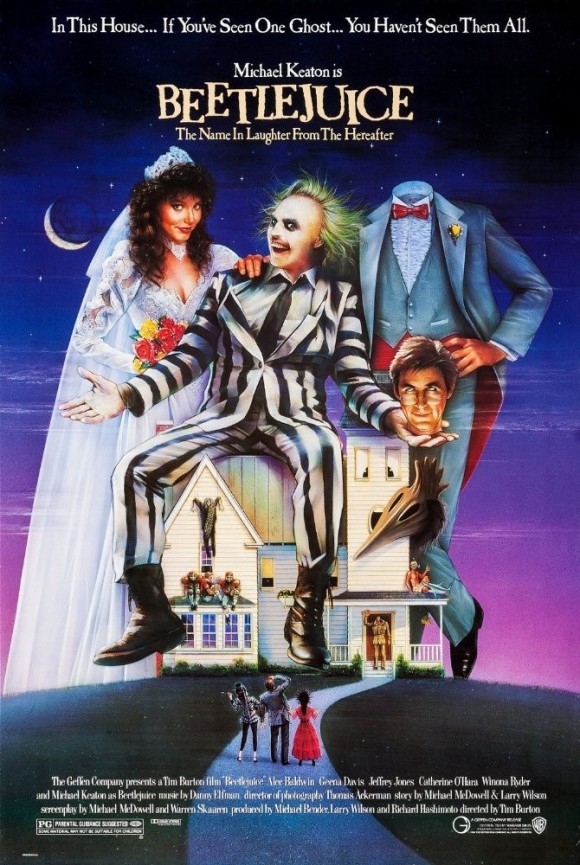 Weird Al Yankovic is widely known for his good-natured habit remixing songs with new lyrics to make them funny, however when it came to Hamilton, Yankovic played it kind of straight. He kept the lyrics intact, but added his own unique spin with a fabulous polka beat to a medley of songs from the show’s soundtrack, thus creating the “Hamilton Polka“.’ 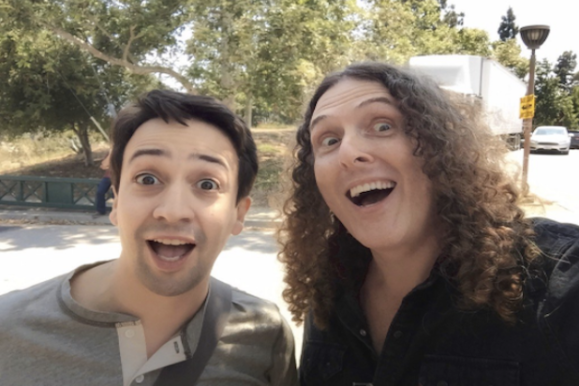 Listen to Weird Al’s twist on songs like ‘My Shot,’ ‘Wait For It,’ ‘The Schuyler Sisters,’ and more.