Meet Libby, A New App To Discover Thousands of eBooks & Audiobooks From Your Public Library 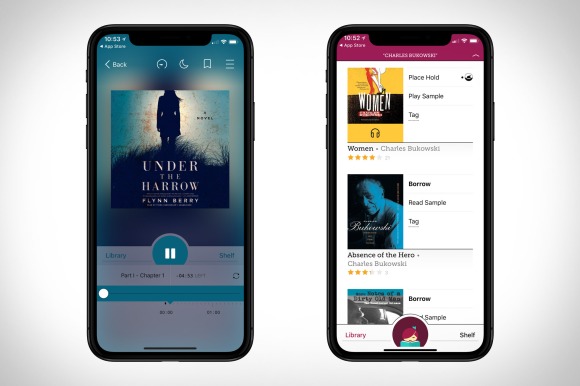 Meet Libby. A new app to discover and enjoy thousands of eBooks and audiobooks from your public library.

Your local library likely has thousands of ebooks and audiobooks for you to borrow. Instead of making a trip in person, Libby lets you borrow them right from your phone. It makes finding your branch, signing up for a card, and checking out titles easy. When you find something you like, you can listen through the built-in player, use the built-in reader, or send your selection to your Kindle to read it there. All your holds and loans are placed on a single shelf, and returning an item is as simple as borrowing one, with notifications for due dates coming soon.

Using the free Movies Anywhere app and website, consumers can access all their eligible movies by connecting their Movies Anywhere account with their participating digital retailer accounts. Movies Anywhere syncs users’ libraries across their connected accounts, so consumers can watch their purchased and redeemed digital movies on an array of platforms including Amazon Fire devices; Android devices and Android TV; Apple TV; Chromecast; iPhone, iPad and iPod touch; Roku® devices and popular browsers, with more platforms and retailers to come.

Movies Anywhere initially features access to a library of over 7,300 digital movies, along with fresh previews and film extras from the studios responsible for such 2017 global blockbusters as Disney’s “Beauty and the Beast,” Warner Bros.’ “Wonder Woman,” Sony Pictures’ “Spider-Man: Homecoming,” Universal’s “The Fate of the Furious” and Twentieth Century Fox’s “War for the Planet of the Apes.”

In celebration of this exciting new digital entertainment destination, Movies Anywhere is welcoming new users with a limited-time offer to receive up to five digital movies. Activate and connect your account with one of these participating digital retailers— Amazon Video, Google Play, iTunes or Vudu —and you’ll receive a digital copy of both Sony Pictures’ “Ghostbusters” (2016) and Twentieth Century Fox’s “Ice Age.” Connect with a second participating digital retailer and Disney’s “Big Hero 6,” Universal’s “Jason Bourne” and Warner Bros.’ “The LEGO Movie” will be added to your digital movie collection.

Don’t miss out on being a part of a Nintendo first! On March 31, Miitomo, the company’s first-ever smart device application, is launching in the United States and several other countries. Miitomo is a free-to-start social experience that lets users spark one-of-a-kind conversations with friends in a whole new way using Mii characters. The app recently launched in Japan and was downloaded more than 1 million times in its first three days of availability, while achieving the #1 most downloaded free app status in both the App Store and Google Play storefronts.

Getting started with Miitomo and being a part of this Nintendo milestone is easy: After downloading the application for free on the App Store for iPhone, iPod Touch or iPad, along with Android devices, users create a Mii character and customize facial features like eyes and hair, as well as voice and personality. Users can also use the camera on their smart devices to snap a photo of themselves, which can be used to create a Mii, or they can simply import their Mii from their Wii U or Nintendo 3DS systems using a QR Code.

Once their Mii is ready, users can add friends who already have the app in person, or by linking the app with their existing Facebook or Twitter accounts. After that step is complete, it’s time to answer some questions! Miitomo creates conversations and turns discussions into a form of play by prompting users to answer all kinds of fun questions. How would you define your fashion style? What’s the weirdest thing you’ve ever eaten? If you were given ten grand to spend in one day, what would you do? The answers get shared among friends, sparking interesting conversations – part of the fun is discovering unexpected facts about your friends. When users hear how their friends responded to questions, they can give answers a “heart” or a written or picture comment. 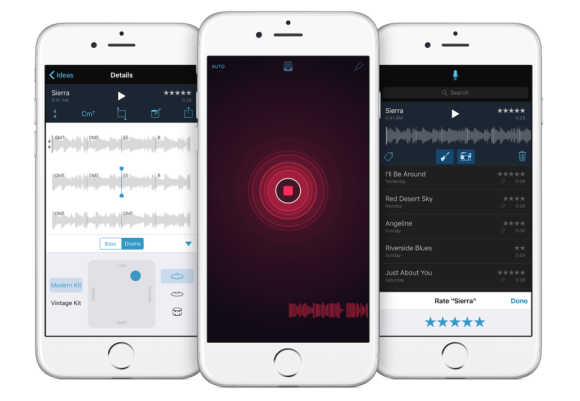 Apple today announced a new addition and a major update to its family of music-making apps for iOS that make it easy for people to tap into their musical potential and create incredible music no matter where they are. An all-new app called Music Memos lets musicians and songwriters quickly capture, organize and develop their musical ideas right on their iPhone. And a major update to GarageBand for iOS introduces multiple new features, including Live Loops, a fun way for anyone to make music like a DJ using only their iPhone or iPad.

Musicians and songwriters around the world have used the Voice Memos app on their iPhone to quickly record ideas, and many hit songs first started as Voice Memos. The new Music Memos app is inspired by Voice Memos and takes the functionality even further by adding musician-friendly features designed specifically for songwriting and developing musical ideas. With Music Memos, you can record any musical instrument through the iPhone’s built-in microphone in a high-quality, uncompressed format, then name, tag and rate it to start building a library of your ideas. The app can analyze rhythm and chords of acoustic guitar and piano recordings, and instantly add drums and a bass line to provide a virtual, customizable backing band that plays along to match the feel of your song. Music Memos can even provide basic notation that displays the chords that were played. With iCloud your Music Memos are automatically available across all your Apple devices so you can open them in GarageBand or Logic Pro X to further develop your songs. Musicians can easily share their ideas via email or with their fans through Apple Music Connect. For more information about the new Music Memos app, visit, www.apple.com/music-memos. 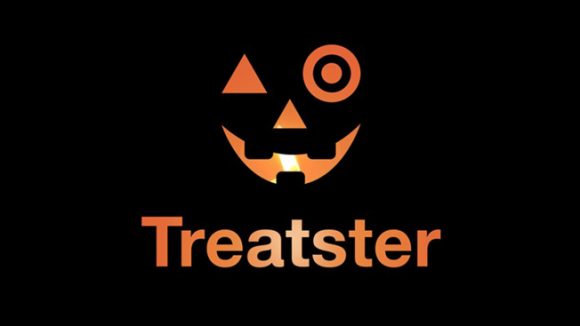 Every trick-or-treater knows the house: The awesome one with the over-the-top spooky décor—and the king-sized candy bars. As Target geared up for Halloween this year they wondered: What if you could map out all the must-visit trick-or-treating houses in your neighborhood?

Welcome to the future of trick-or-treating: Treatster is the world’s first social network designed exclusively for parents to help take their kids on an exceptional candy quest. The mobile site collects user-generated input from people who up-vote the best haunts by marking them on the map with a pumpkin “treat” pin. The more up-votes the house gets from trick-or-treaters, the larger the pumpkin appears (users can vote one time for a house).

The SNL App is a must-have for any Saturday Night Live fan. Find and watch thousands of sketches spanning the 40-season library, from the most current to the classic. Plus, you’ll get access to never-before-seen clips, an exclusive SNL emoji keyboard and easy access to SNL full episodes on the NBC App.

Search thousands of clips or browse by season, episode or cast member to find favorite monologues, commercial parodies, Weekend Update segments and more. Swipe from clip to clip for a seamless, continual viewing experience. The free app features a new video player that allows you to mark favorite sketches and share them via Facebook. Explore and discover new clips with an intuitive recommendation engine.

Card Table, a free app lets you and up to three friends play poker, gin rummy, bridge, blackjack, war, or any other card game you can think of, all using a single iPad as the table and your iPhones as your personal hands. It works over Bluetooth or Wi-Fi.

Yesterday, PayPal launched their completely reimagined PayPal app on iPhone and Android, making it easier for customers to pay when they’re in-store and send money to friends.

The PayPal app has a new tab called ‘Shop’, which you can use to find shops or restaurants nearby that accept PayPal payments. You can then ‘check in’ and open a tab with just a swipe. You can change how you want to pay right on the “check in” screen, meaning you’ve really got access to your entire wallet in the app. After you’ve paid, you’ll see a confirmation alert and our usual PayPal email receipt.

Download the new app on your iPhone or Android smartphone and check it out.

The Man of Steel Official Mobile Game App To Be Released On June 14, 2013

Warner Bros. Interactive Entertainment announces the Man of Steel game for iPhone, iPad, iPod touch, as well as Android smartphones and tablets, will be available beginning June 14, 2013 on the App Store, Google Play and Amazon Appstore for Android. Based on DC Comics’ iconic Superman character and inspired by the Warner Bros. Pictures and Legendary Pictures feature film “Man of Steel,” the game is a 3D-brawler that lets players combat General Zod and his invading Kryptonian forces on both ground and air in a fast-paced mobile adventure.

Developed by Phosphor Games Studio, Man of Steel provides players with two diverse game modes. Featuring custom, console-quality cinematic sequences, Story Mode transports players directly to Smallville, the Kent Farm and other familiar settings to battle General Zod and save Earth from its destruction. In Survival Mode, fans see how long they can last against a progressively more difficult swarm of Zod’s forces. Players can share their scores with friends to see who the ultimate Man of Steel is, as well as upgrade their skills and unlock new suits by winning battles and earning experience points along the way.

The game is available for $4.99 for Android smartphones and tablets from Google Play or Amazon Appstore for Android.

Along with the prizes, Apple has listed the top 25 all-time paid and free apps, for both iPhone and iPad, with Angry Birds, Facebook, Pages, and Skype for iPad at the top of the lists.