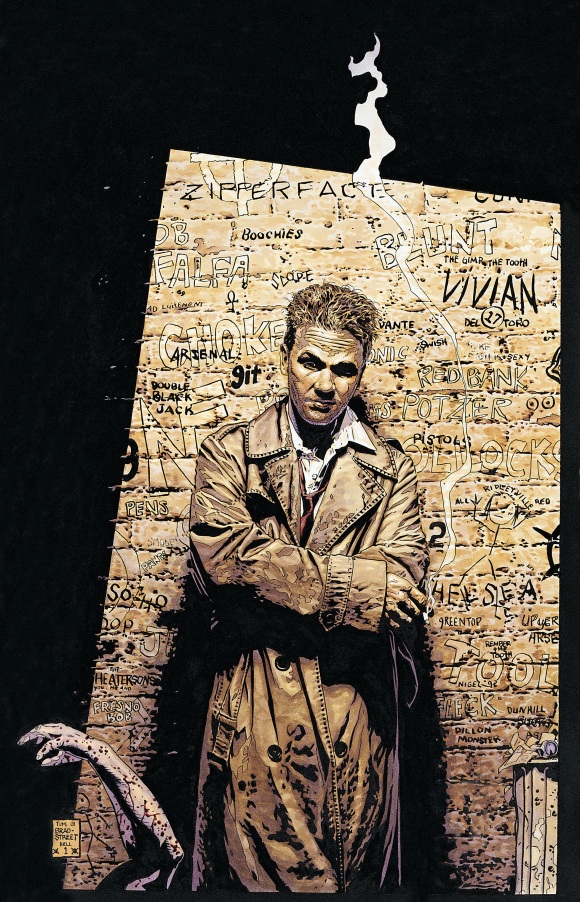 In a special video, worldwide music icon Sting reveals he will pen the foreword to the Constantine, Hellblazer: 30th Anniversary Celebration

commemorative collection. Sting’s foreword will take on the perspective of the Golden Boy, Constantine’s alternate-universe twin, touching on his relationship with the occult detective over the years.

In the video, which he took time to film while preparing for his upcoming 44/876 tour with Shaggy, Sting captures the resemblance between himself and the character while wearing the recognizable Constantine trench coat. The musician’s inclusion in the Hellblazer celebration is a nod to the fact that he inspired the antihero’s signature look.

Starting with his first appearance, a debut penned by legendary writer Alan Moore (Watchmen), Constantine has served as an enduring and controversial pop culture character—an exorcist and demonologist, master of the dark arts, and the lead of DC Vertigo’s longest-running and most successful title.

The commemorative collection will explore the complete history of the series with four one-page essays written by Hellblazer author Rich Handley. It will also include a comprehensive timeline of Constantine’s life and three one-page stories featured in John Constantine: Hellblazer issues #1, 2 and 4. Memorable stories from Alan Moore, Neil Gaiman, Garth Ennis, Brian Azzarello, Paul Jenkins, Jamie Delano and others reflect the best of the long-lasting series, including Hellblazer issues # 11, 27, 41, 63, 120, 146, 229 and 240 and Saga of The Swamp Thing # 37, where the character was officially introduced. 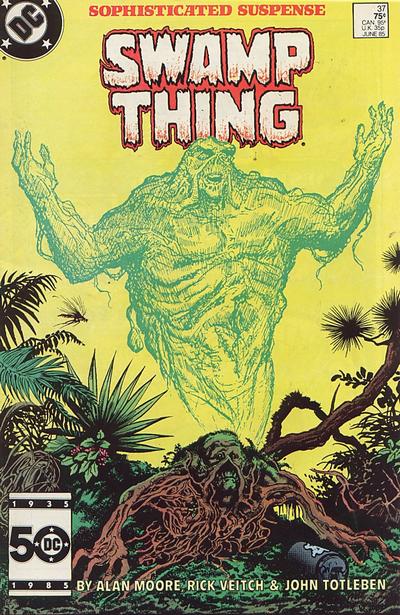 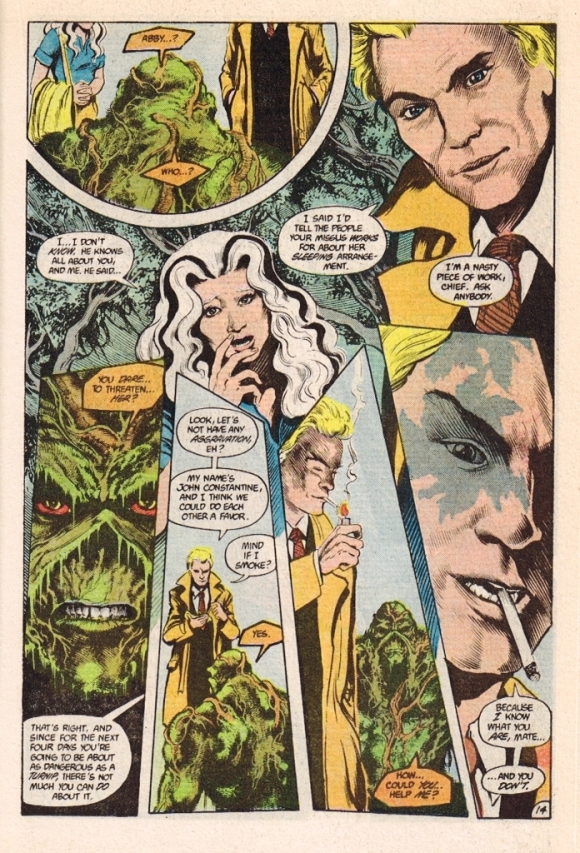 DC Comics Fans Get Ready For The Only San Diego Comic-Con Screening of Gotham, A Complete Pilot Screening of The Flash, Plus Exclusive Footage From Constantine & Season Three of Arrow

Get ready for a spectacular Saturday night at Comic-Con 2014, courtesy of Warner Bros. Television (WBTV) and DC Entertainment (DCE). For the first time ever at SDCC, WBTV and DCE will present a three-hour special event on Saturday night, designed specifically for DC Comics fans and featuring some of DC Comics’ greatest characters. Kicking off the exclusive evening is the world premiere public screening of the highly anticipated new drama series Gotham (the only screening of Gotham at this year’s Comic-Con), followed by a screening of the complete pilot of new action-drama The Flash, and exclusive video presentations from returning hit Arrow and new thriller Constantine. Cast members and producers from all four shows will make special appearances throughout the night. 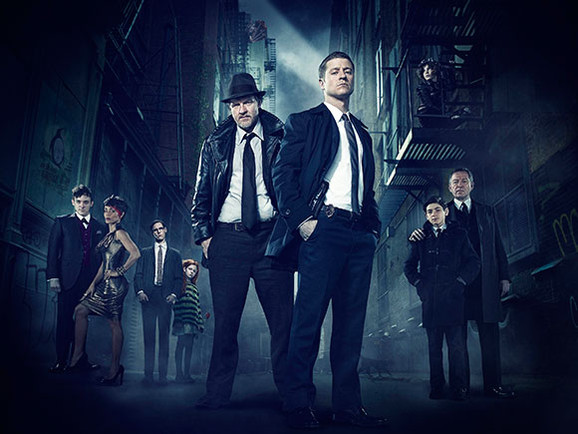 –Gotham World Premiere: For the first time ever, DC Comics fans will enter the dangerous and compelling world of Gotham with a screening of the pilot episode, followed by an appearance by the cast and producers. 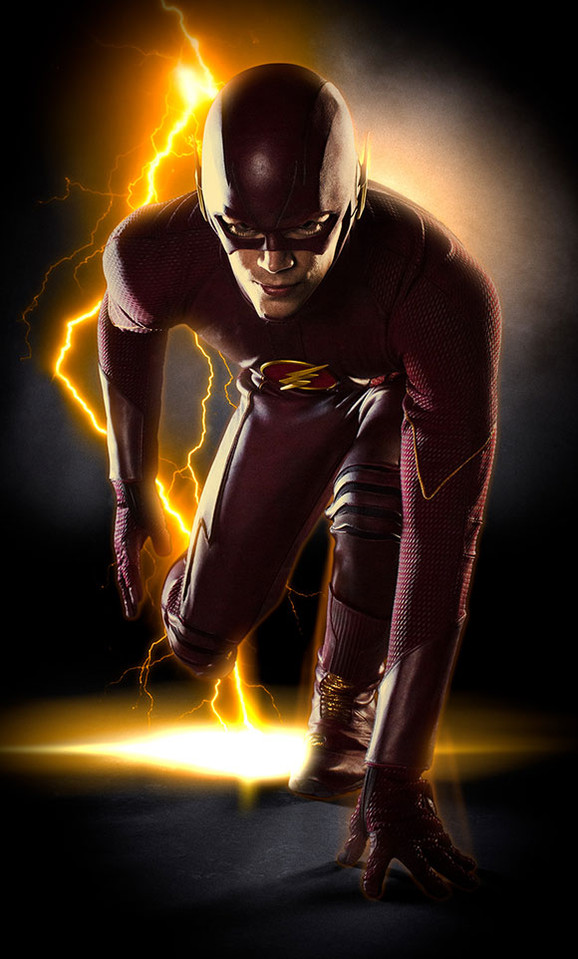 – The Flash Pilot Screening: Following a full-length screening of The Flash pilot, cast and producers will stop running long enough to take the stage. 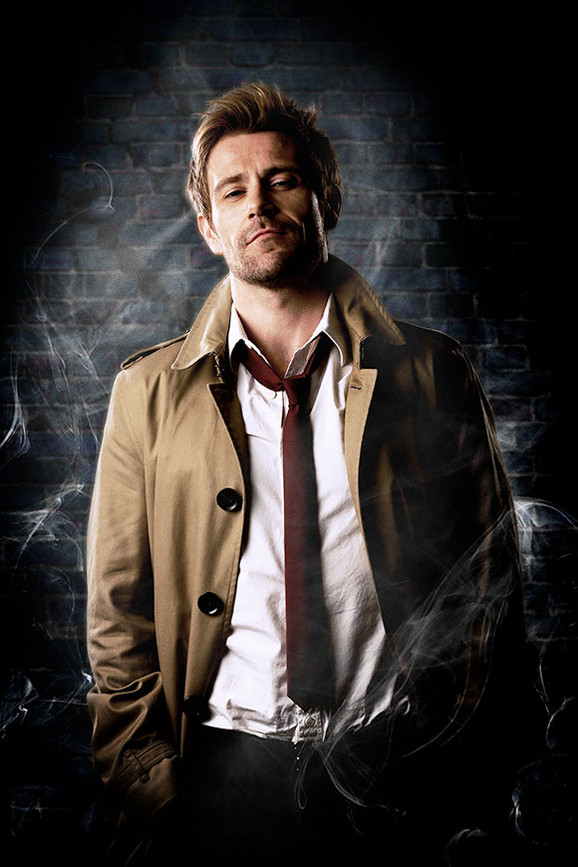 – Constantine Exclusive Footage: The enigmatic John Constantine makes his television debut at Comic-Con with footage from the upcoming series, and fans will be treated to a visit from the cast and creative team. 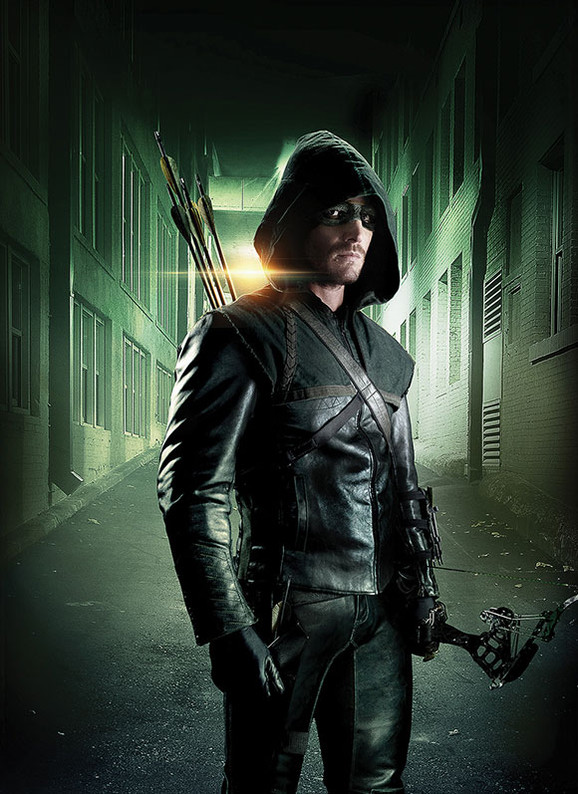 Additional WBTV Comic-Con 2014 panels will be announced in the near future. For additional information about WBTV activities at Comic-Con, please follow us on Twitter at @warnerbrostv and join in the conversation by using hashtag #WBSDCC, or visit http://comiccon.thewb.com. 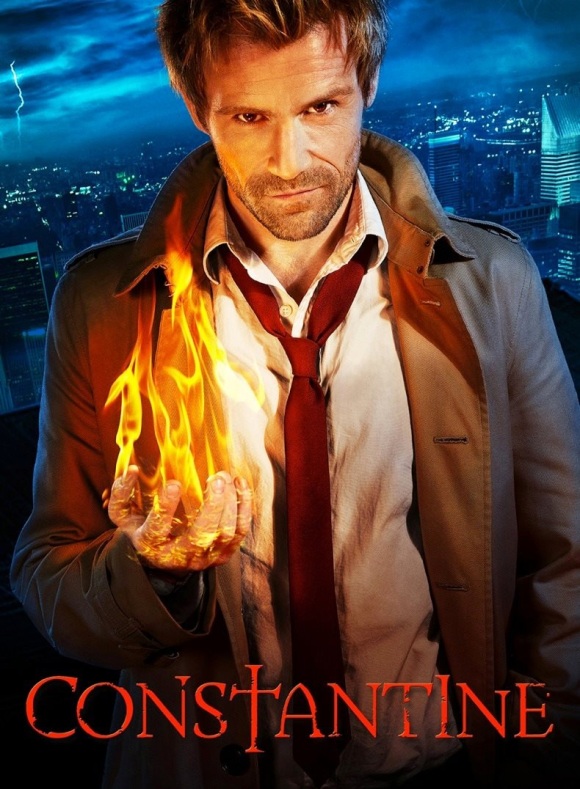 With the television upfronts taking place in New York City this past week, all the networks are showing off their line-ups for the fall television season and one of the shows that comic book fans might be looking forward to is NBC’s series “Constantine,” based on the Vertigo and DC Comics mainstay John Constantine, which just received a series order two days ago. 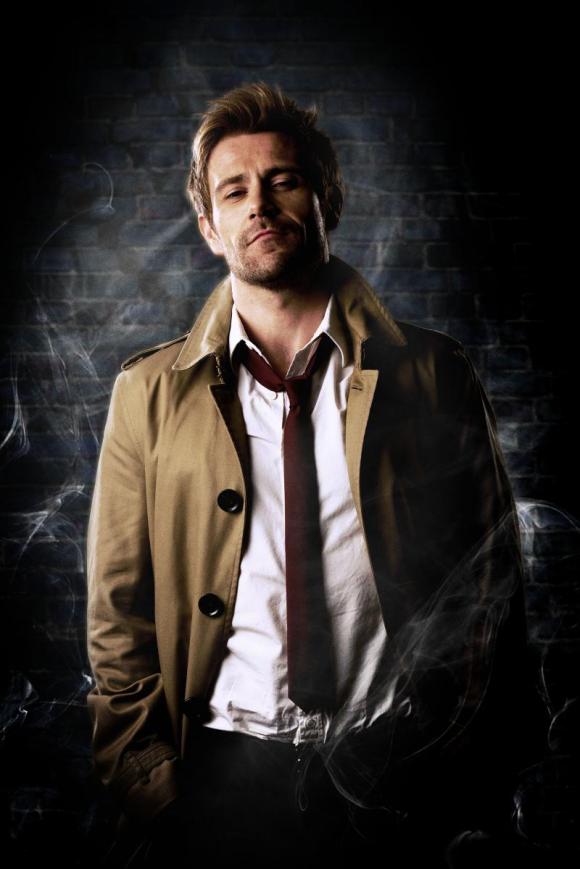 “I’ve been a fan of John Constantine since he was first introduced in 1985. This Constantine, envisioned by Neil Marshall and embodied by Matt Ryan, looks like he sprang directly from the comics’ covers. Fans old and new are going to be in for a treat,” said executive producer David S. Goyer.

Constantine stars UK native Matt Ryan (Layer Cake, The Tudors, Torchwood) and follows enigmatic and irreverent Liverpool con-man-turned-occult-detective John Constantine, who is reluctantly thrust into the role of defending our world against dark forces from beyond. As DC Comics and Vertigo fans know, the character of John Constantine made his debut as a supporting character in Swamp Thing in 1985, before going on to star in Vertigo’s bestselling Hellblazer as well as his currently ongoing, self-titled series set within The New 52.

Constantine is from Bonanza Productions Inc. in association with Warner Bros. Television, and is based upon characters published by DC Comics. 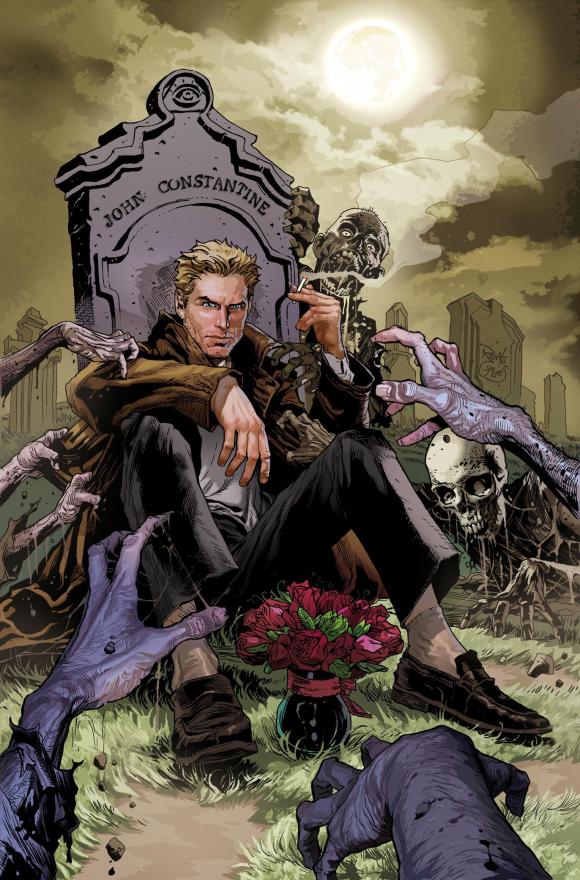 NBC has ordered a pilot for “Constantine,” based on the DC Comics/Vertigo character. Written by  David S. Goyer (Batman Begins, Man of Steel) and Daniel Cerone (“The Mentalist”), it’s thought that the new series will use the character’s “New 52” series as its basis.

Created by Alan Moore, John Constantine, a roguish magician/detective/conman, first appeared during the author’s run on “Swamp Thing” in 1985, receiving his own series, “Hellblazer,” under DC’s Vertigo imprint in 1988. That book ran for 300 issues before it was relaunched in DC’s “New 52” continuity as “Constantine” with a younger take on the antihero.

The Constantine character was also brought to the big screen with a 2005 film directed by Francis Lawrence and starring Keanu Reeves. Guillermo del Toro confirmed last year that he was working on a script based on DC’s “Justice League Dark,” (tentatively titled Dark Universe) that would include John Constantine as a character. As to how that film winds up being affected by these new television plans remains to be seen.

The series joins “Arrow,” “The Flash,” and “Gotham,” as another DC comics based television series 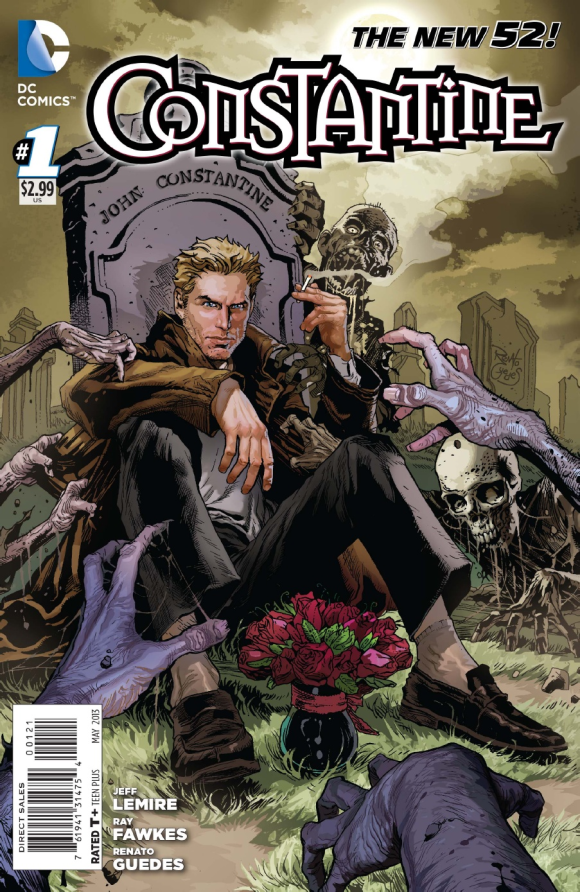 A Look At 5 DC Entertainment Television Shows In Development

DC Entertainment currently has five television shows in development. While some of them are based on well-known DC characters, a few focus on characters that are a bit more obscure. However, they all have their roots in serialized comics. Let’s take a look at them…

We’ll be seeing The Flash on the small screen on December 4, 2013 in the first of two back-to-back episodes of Arrow. 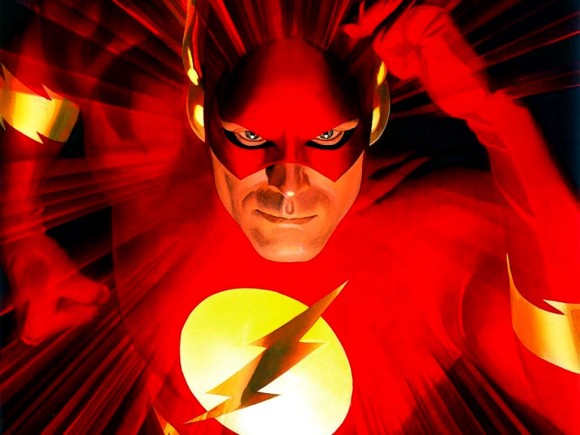 Featuring actor Grant Gustin as everyone’s favorite Central City forensic scientist, this debut will make the new Flash series currently in development for The CW something of a spinoff. 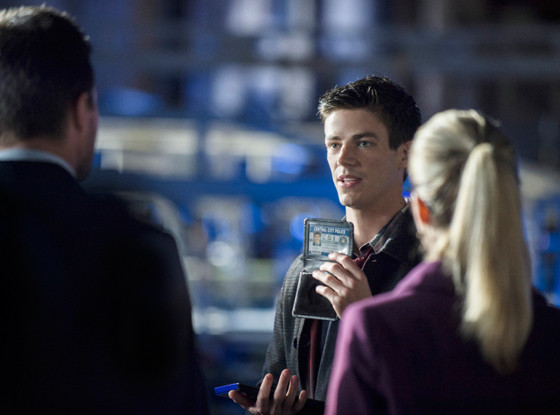 This highly anticipated new series currently in development for Fox is a prequel of sorts set in Gotham and focusing on the origin of Commissioner James Gordon and other characters and villains found within the Batman universe. While set within his world, Batman won’t be a part of the show. It seems very possible that the series will pull from the Jim Gordon sequences in Frank Miller and David Mazzuchelli’s seminal Batman: Year One. 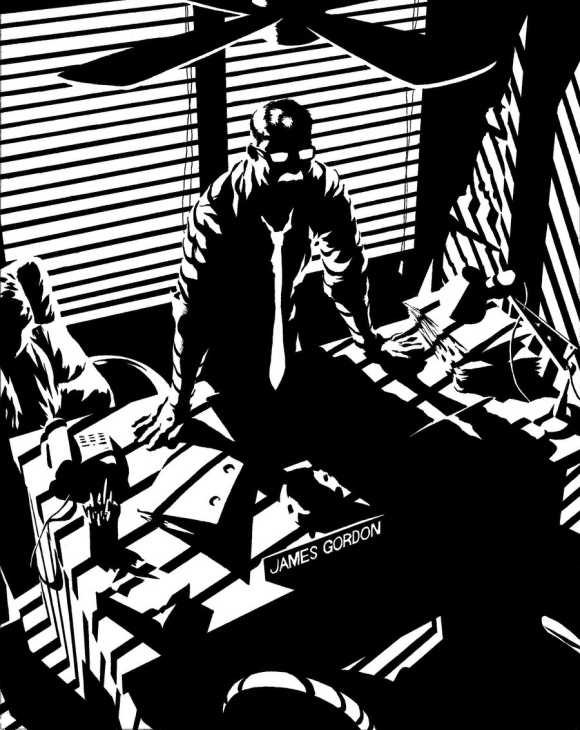 The character of John Constantine was first introduced in the pages of Swamp Thing before spinning off into his own Vertigo series (Hellblazer, which wrapped up its 300-issue run earlier this year and remains Vertigo’s longest running series) and eventually his own ongoing series in The New 52. He’s also no stranger to the screen, having previously appeared in a 2005 film starring Keanu Reeves.

A con man who dabbles in sorcery and the supernatural, Constantine is a gritty character who’s about as far on the magic-using spectrum from Harry Potter and Gandalf as you can get. Currently in development for NBC, the Constantine series will hopefully get a chance to show off the darker side of DC Comics characters this fall. 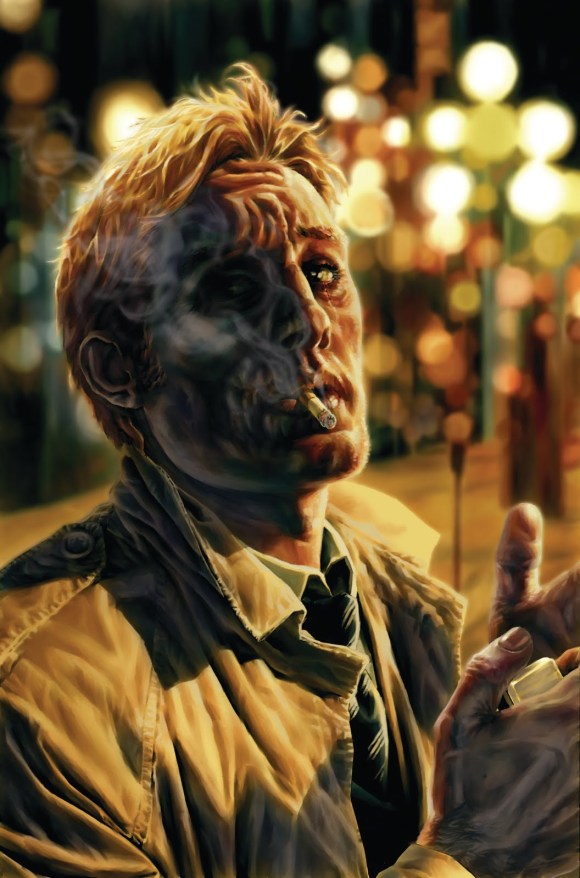 Yes, we’re diving into much less familiar waters of the DC Universe with this one, but that’s what makes it so intriguing. The character of Hourman stems all the way back to 1940, and has appeared in a variety of forms and under a variety of names since then. In this show being developed for The CW, Hourman is a pharmaceutical analyst who possesses the ability to glimpse tragic events from exactly one hour into the future, and makes it his mission to do what he can to stop these events from happening.

Hourman doesn’t have a self-titled series, but among other things, he’s known for being a part of the Justice Society of America. 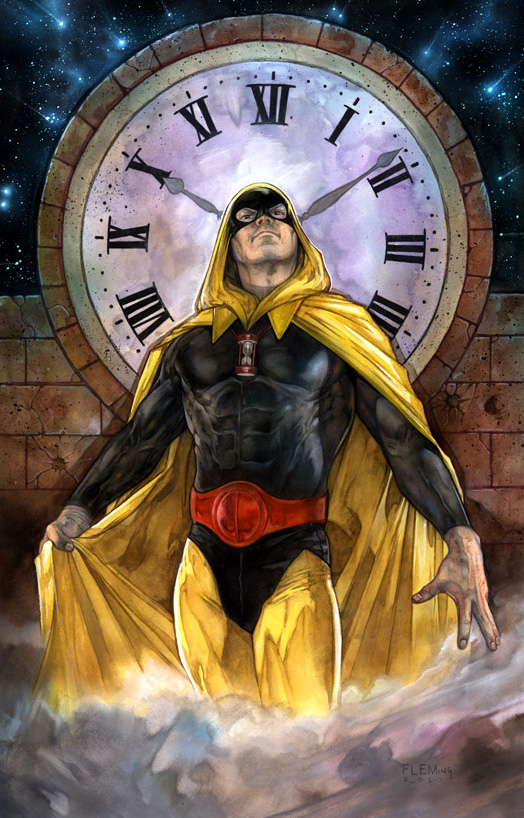 Based on a quirky Vertigo series by Chris Roberson and Mike Allred, iZombie promises to be a lot different than the other zombie shows and movies out there should it make it to series. Currently in development for The CW, with a pilot script being written by Rob Thomas and Diane Ruggiero, iZombie tells the story of a young female coroner who helps solve homicide cases. The catch? She’s also a zombie who must consume brains to maintain her humanity, and every time she does, she inherits the corpse’s memories. 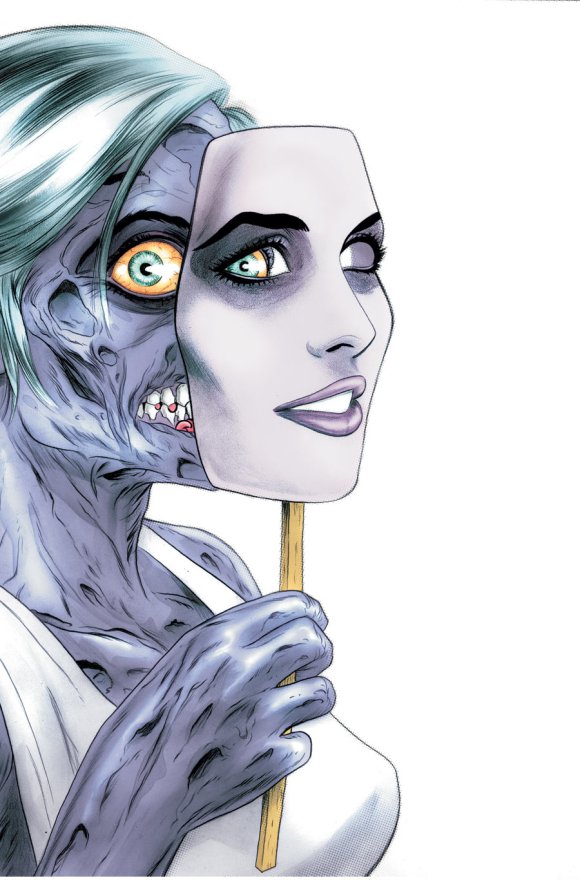