DC Comics’ Detective Comics #27 will be released tomorrow and will clock in at more than 100 pages to kick off DC’s 75th anniversary celebration for the Dark Knight.

The issue includes a modern-day retelling of the Dark Knight’s origin by the incredible team of writer Brad Meltzer and artist Bryan Hitch. Also included is John Layman and Jason Fabok’s final storyline, “Gothtopia,” before the new creative team of Francis Manapul and Brian Buccellato take over writing duties for the series in the spring.

Detective Comics #27 is a 96-page comic scheduled to arrive in stores on January 8 with a cover price of $7.99 US. 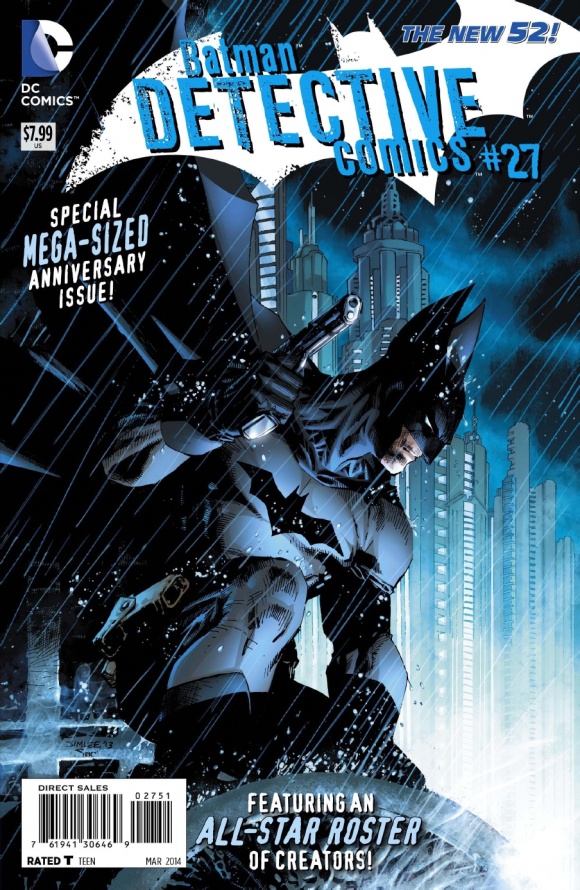 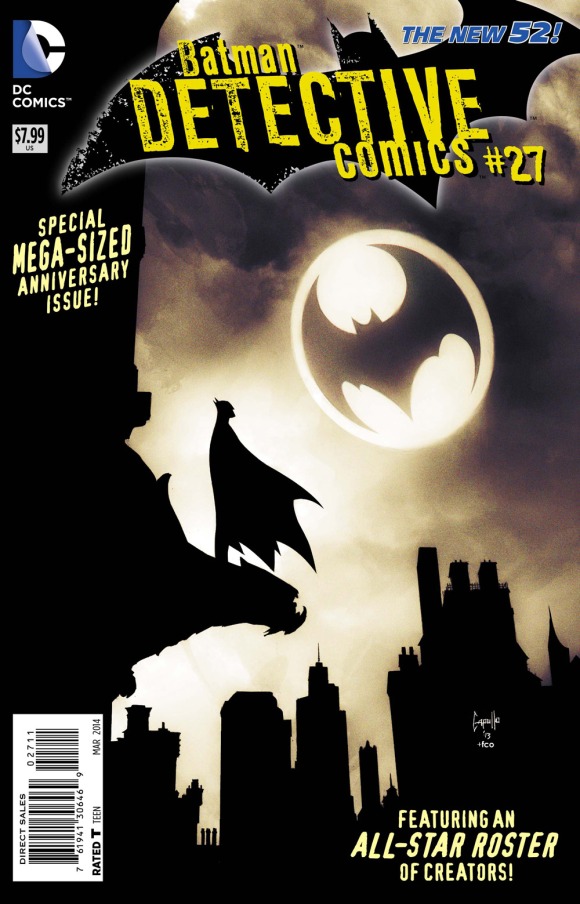 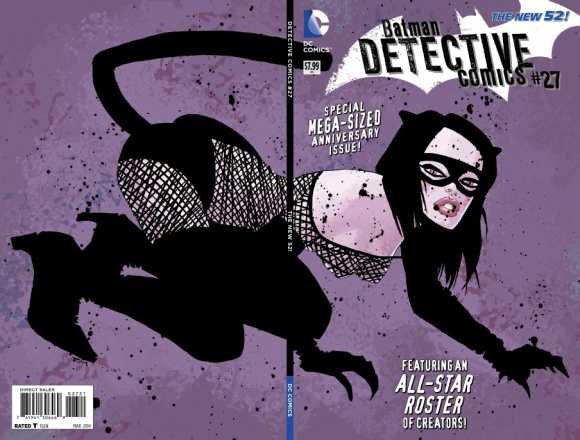 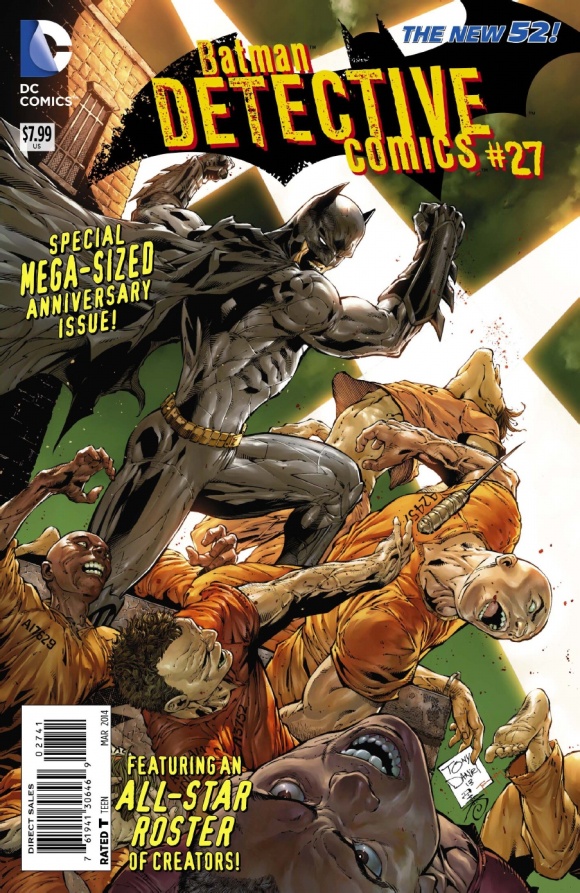 This Catwoman cover, one of several variants for Detective Comics # 27 marks the return of Frank Miller to the Batman world, territory he’s strongly associated with due to revered stories such as The Dark Knight Returns and Batman: Year One.

The main story, by John Layman and Jason Fabok, kicks off the upcoming “Gothtopia” storyline; other contributors to the issue include Scott Snyder, Sean Murphy, Paul Dini and Brad Meltzer. 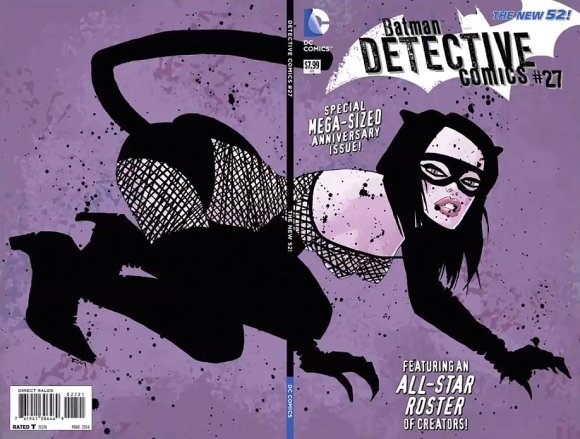 The original issue #27 of Detective Comics was the first comic book to feature Batman – so with 2014 being the 75th anniversary of the iconic character, it only makes sense that DC will celebrate the second coming of this key issue with a special anniversary edition.

There will also be a story from the new creative team who’ll be taking over Detective Comics – Francis Manapul and Brian Buccellato.

The issue will be released on January 15, 2013 and will have a number of variant covers from artists including Jim Lee, Mike Allred, Kelley Jones, Patrick Gleeson and Chris Burnham. 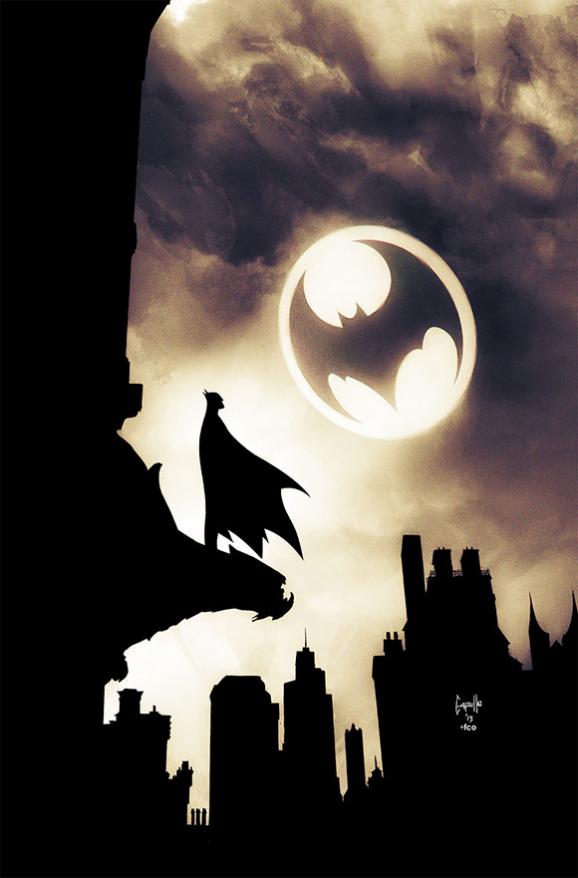