X-Men Unite! The only way to save the future is to go into the past. Twentieth Century Fox Home Entertainment takes you back in time to stop the end of the world with X-Men: Days of Future Past on 3D Blu-ray, Blu-ray and DVD on October 14 and Digital HD September 23rd. Featuring a massive collaboration of legendary actors and the return of director Bryan Singer, “the very best [film] of the franchise since the first X-Men” comes to life in amazing fashion that you’ll have to see to believe (Stephen Rebello, Playboy).

A heroic all-star cast including Hugh Jackman, Michael Fassbender, James McAvoy and Jennifer Lawrence forms the ultimate X-Men ensemble as the unstoppable characters from the original X-Men trilogy must join forces with their younger selves in an epic battle to change the past and save the future.

The X-Men: Days of Future Past Blu-ray and DVD brings nearly an hour of never-before-seen special features that will take you even further into the making of this epic adventure. From the background story and creation of the building of the Sentinels program, to a gag reel of cast member’s “finest” mutant moments, the Blu-ray is a must-have for any true fan and new fans of the franchise.

The year’s most action packed blockbuster comes home as The Wolverine debuts its 4 disc Blu-ray Unleashed Extended Edition, 2 disc Blu-ray, DVD and Digital HD on December 3 from Twentieth Century Fox Home Entertainment. Directed by James Mangold (Knight and Day, 3:10 to Yuma, Walk The Line), The Wolverine inspired by the celebrated Marvel comic book arc and featuring Hugh Jackman, in the title role takes the hero to a Japan hr hasn’t seen since World War II – and into a shadowy realm of ninjas, mutants, and brand new class of villains. To date the film has topped over $371 million in the worldwide box office becoming the highest grossing film in the franchise internationally.

Jackman returns as The Wolverine and faces his ultimate nemesis in an action-packed, life-or-death battle that takes him to modern-day Japan. Vulnerable for the first time and pushed to his limits, Wolverine confronts not only lethal samurai steel but also his inner struggle against his own immortality; an epic fight that will leave him forever changed.

The Wolverine Blu-ray will allow fans to sync with the Second Screen app where viewers can immerse themselves in the world of The Wolverine, including a synced viewing experience, concept art, and many more cool and interactive bonus materials! The Unleashed Extended Edition will feature an extended cut of the film for the first time ever in the entire X-Men franchise, allowing viewers to go further into the creation of the darker Wolverine and the journey that he undertakes. The Wolverine Unleashed Extended Edition Blu-ray includes 3D Blu-ray, DVD and Digital HD, complete with exclusives that make it the perfect gift for the holidays.

– The Extended, Unrated Cut – the first for the X-Men franchise!
– The Wolverine Unleashed – more violent and hardcore than ever before
– The Path of the Ronin – an immersive feature following the journey of a hero without a past
– Alternate Ending
– Audio Commentary by Director James Mangold (only on the unleashed extended)
– Sync with The Wolverine Second Screen App for an interactive Second Screen experience
– Theatrical Trailer 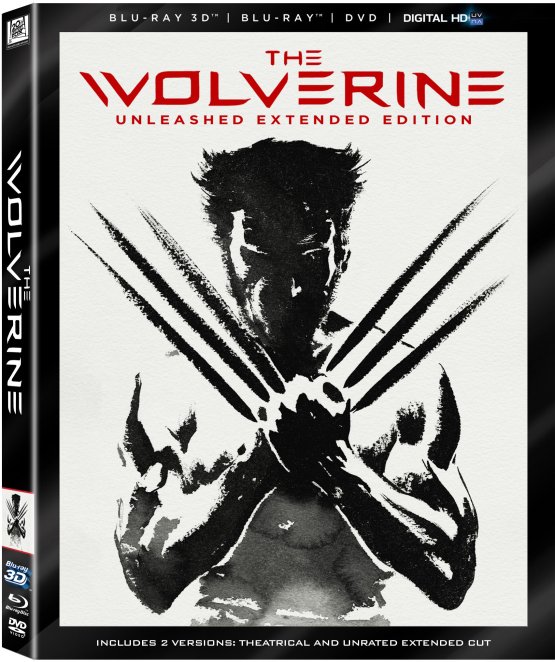 From above the world of “Cars” comes “Disney’s Planes,” an action-packed 3D animated comedy adventure featuring Dusty (voice of Dane Cook), a plane with dreams of competing as a high-flying air racer. But Dusty’s not exactly built for racing—and he happens to be afraid of heights. So he turns to a seasoned naval aviator who helps Dusty qualify to take the defending champ of the race circuit. Dusty’s courage is put to the ultimate test as he aims to reach heights he never dreamed possible, giving a spellbound world the inspiration to soar.

The Croods Will Debut On Digital HD On September 15 & Blu-ray 3D, Blu-ray And DVD On October 1.

When their cave is destroyed, the Croods set out to explore a spectacular landscape filled with fantastic creatures, strange surprises…and a whole new world of adventure!

The purchase of the Blu-ray or DVD unlocks additional content on The Croods Coloring App, which allows children to color their favorite characters and scenes from the film, add text and voice to the story, and then share their storybook on their TVs at home.

Also on the Blu-ray, families can join Guy, Eep and Belt as they introduce the crazy “Croodaceous Creatures” – the striking and unique animals from the film – and much more.