Batman: The Definitive History of The Dark Knight In Comics, Film, and Beyond

Dive into the history of one of the greatest Super Heroes of all time with this deluxe book exploring the creation and legacy of the Dark Knight.

Since his 1939 debut in the pages of Detective Comics, Batman has become an icon, instantly recognizable the world over. Through the years, Gotham City’s guardian has been interpreted in so many radically different ways that we all now have our own Batman. To some, he’s the colorful Caped Crusader who dispatches villains with a POW! To others, he’s the grim Dark Knight hell-bent on avenging the death of his parents. And to others still he’s made of LEGO, has great abs and likes to eat lobster thermidor!

In celebration of the Dark Knight’s 80th Anniversary, this deluxe volume tells the complete story of Batman and the many forms he’s taken across comics, TV, animation, film, video games and beyond, to present a compelling portrait of one of the most recognizable and versatile characters in the history of fiction. Covering the complete history of Batman in vivid detail, the book features exclusive commentary from the key creatives who have been instrumental in building the Dark Knight’s ongoing legacy, including Neal Adams, Tim Burton, Paul Dini, Steve Englehart, Mark Hamill, Grant Morrison, Julie Newmar, Christopher Nolan, Denny O’Neil, Joel Schumacher, Scott Snyder and Zack Snyder.

Along with taking readers on an unparalleled journey into the creation of the most memorable Batman moments in the character’s eighty-year history—from the “Knightfall” comics arc to Tim Burton’s films and the Arkham video game series—the book offers incomparable access to the DC and Warner Bros. archives to deliver an avalanche of never-before-seen visual treasures that are guaranteed to blow the minds of Batman fans everywhere.

Filled with exclusive insert items Batman: The Definitive History of the Dark Knight in Comics, Film, and Beyond, is the ultimate exploration of a true legend whose impact on our culture has no limits. 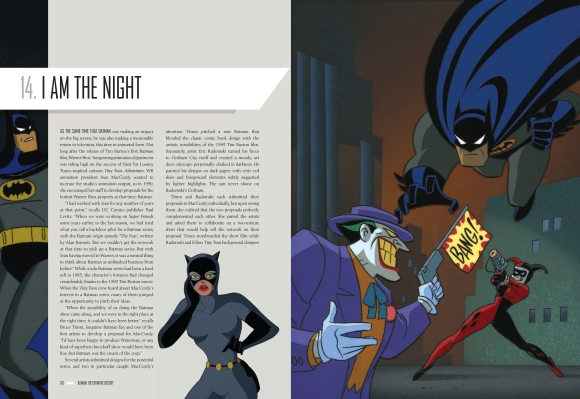 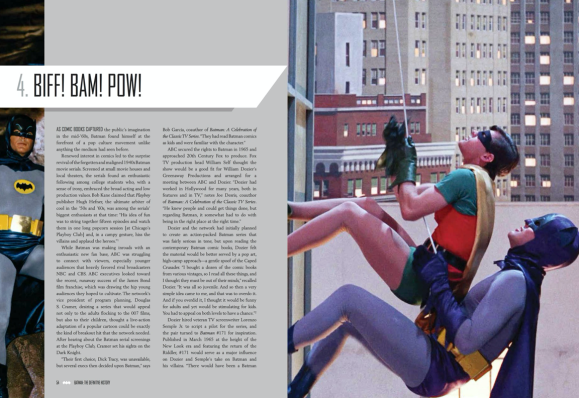 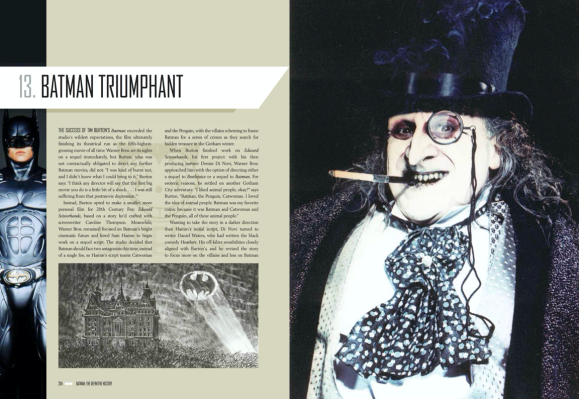 This book contains new writing and never-before-seen content, such as:

– A foreword by Michael Keaton, who played the Caped Crusader in Tim Burton’s Batman (1989) and Batman Returns (1992).
– A preface from Dennis O’Neil, a legendary Batman comic book writer and editor.
– An introduction by Kevin Conroy, the voice of Batman in Batman: The Animated Series, and countless other Batman properties including the Arkham Asylum video games.
– Interviews with Christopher Nolan and the other key creatives behind The Dark Knight Trilogy.
– Never-before-seen photography and concept art from the Tim Burton films Batman and Batman Returns
– Sketches, animation cels and storyboards from Batman: The Animated Series and other Batman animated shows, including The Batman and Brave and the Bold.

The book also unearths a lost gem of Batman lore: a rejected 40-page film treatment submitted to WB by Bob Kane, Batman’s co-creator, in 1986, called The Return of Batman. Comprehensive, compelling and filled with previously unseen treasures, Batman: The Definitive History of the Dark Knight in Comics, Film, and Beyond is the ultimate guide to our most legendary Super Hero.

Pre-order the 304 page book HERE. Batman: The Definitive History of the Dark Knight in Comics, Film, and Beyond will be released on October 22, 2019.

As part of the brand’s global campaign, Transform Today, Absolut Vodka has announced a new project with graphic novelist Rafael Grampá, one of the featured artists of the campaign. Entitled Next Frame, the collaboration will invite users from around the world to make plot decisions within an original graphic novel created by Grampá – as he writes it.

Once the story is complete, Absolut will work with Grampá to transform the still drawings into an animated film, which will premiere at the MADE gallery in Berlin on March 15th.

Jonas Tahlin, Absolut VP of Global Marketing explained how the project fit into the brand’s new global campaign, “With the launch of Transform Today, Absolut announced that it would be changing the way it works with artists. Next Frame is the first outcome of that promise. Grampá’s unique style of illustration has already distinguished him within the graphic novel community, but we wanted to give him an opportunity to transform his craft even further, allowing for new creative opportunities. Not only will he be co-writing the Next Frame story with online users, but he will also be imagining a fully original story in live motion –  a first for him.”

Building on the Transform Today ideal of ‘The future is not a given, it’s yours to create’, the project opens new possibilities for the Brazilian graphic novelist, who’s inspirational personal story is a central pillar to the campaign. After transforming his life to follow his dream of becoming a comic book artist, he has found success by creating entire worlds out of nothing but his imagination and a pen. Next Frame challenges Grampá to transform his work even further by adapting his story on-the-fly, based on consumer interaction.

According to Tahlin, “Absolut has always believed that collaboration can bring out new creative potential. Next Frame offers the possibility of a three-way collaboration, with Grampá creating the world and characters of the story, online users shaping the direction, and then Absolut and Grampá working together to create an animated film. Through this multi-part collaboration, Next Frame transforms the artistic process in the most true sense.”

When describing the project, Grampá explained, “I am always looking for ways to transform my work. With Next Frame, I have a chance to do something I’ve never done before by co-writing the story with users online, and also by turning the illustrated story into my own animated film. It’s a very exciting project, and I am happy to be working with a brand that allows me to try new things in the way I work.”

The Next Frame project will begin on February 3rd, when the story is introduced on facebook.com/Absolut. Users will then have multiple points of intervention where they can decide how the characters will progress in the story. After each decision, Grampá will create the next piece of the story, inventing new places for the characters to explore — up until the next crucial moment that users can provide input. After two weeks of international online collaboration, ending on February 21st Grampá will polish the final film, which will then be unveiled at the MADE gallery in Berlin on March 15th.

The goal of the Transform Today campaign is to inspire people to tap into their creative potential and explore their ability to create a new future.  Next Frame is the first example of how Absolut will bring this goal to life. In the coming months, additional collaborations with the campaign artists Woodkid, Yiqing Yin, and Aaron Koblin will be announced. Each collaboration will provide opportunities for users to interact and explore the inspirational message of Transform Today.

Warner Bros. & J.K. Rowling Team Up for Fantastic Beasts And Where to Find Them Film Series

Warner Bros. Entertainment today announced an expanded creative partnership with world-renowned, best-selling author J.K. Rowling. At the center of the partnership is a new film series from Rowling’s world of witches and wizards, inspired by Harry Potter’s Hogwarts textbook “Fantastic Beasts and Where to Find Them” and the adventures of the book’s fictitious author, Newt Scamander. The announcement was made by Kevin Tsujihara, Chief Executive Officer, Warner Bros. Entertainment.

“Fantastic Beasts and Where to Find Them” will be an original story and will mark Rowling’s screenwriting debut. It is planned as the first picture in a new film series. Set in the wizarding world, the story will feature magical creatures and characters, some of which will be familiar to devoted Harry Potter fans.

“It all started when Warner Bros. came to me with the suggestion of turning ‘Fantastic Beasts and Where to Find Them’ into a film,” said Rowling. “I thought it was a fun idea, but the idea of seeing Newt Scamander, the supposed author of ‘Fantastic Beasts,’ realized by another writer was difficult. Having lived for so long in my fictional universe, I feel very protective of it and I already knew a lot about Newt. As hard-core Harry Potter fans will know, I liked him so much that I even married his grandson, Rolf, to one of my favorite characters from the Harry Potter series, Luna Lovegood.

Bottleneck Gallery Presents, “I Love You Man”, An Art Exhibit That Celebrates Buddies On Film & TV, Opening May 10th

Bottleneck Gallery is pleased to announce their next exhibit, I Love You Man. 70 artists from around the world will take on a subject as old as time…bromance.

Opening Reception will be next Friday, May 10th from 7pm-10pm and Facebook and Twitter followers will have first dibs at the online preview sale next week. 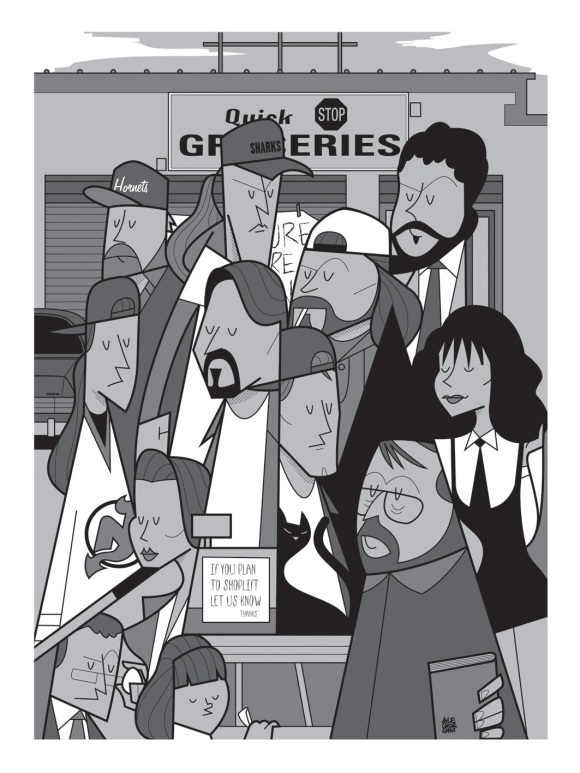 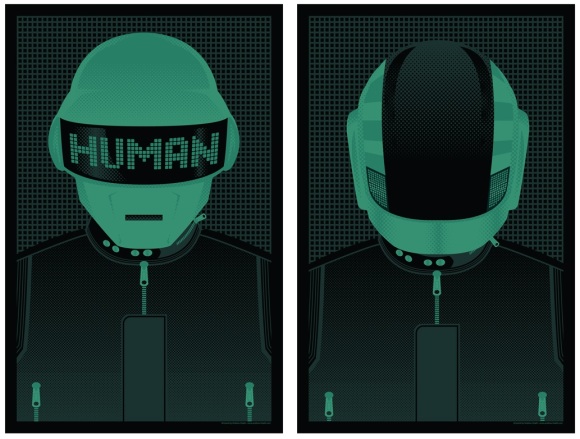 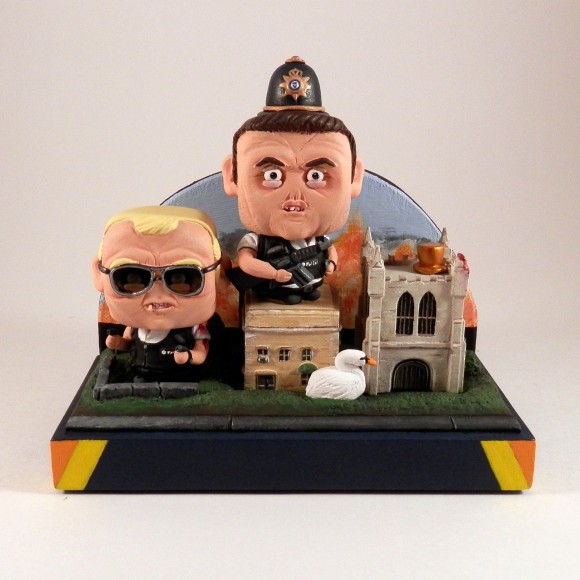 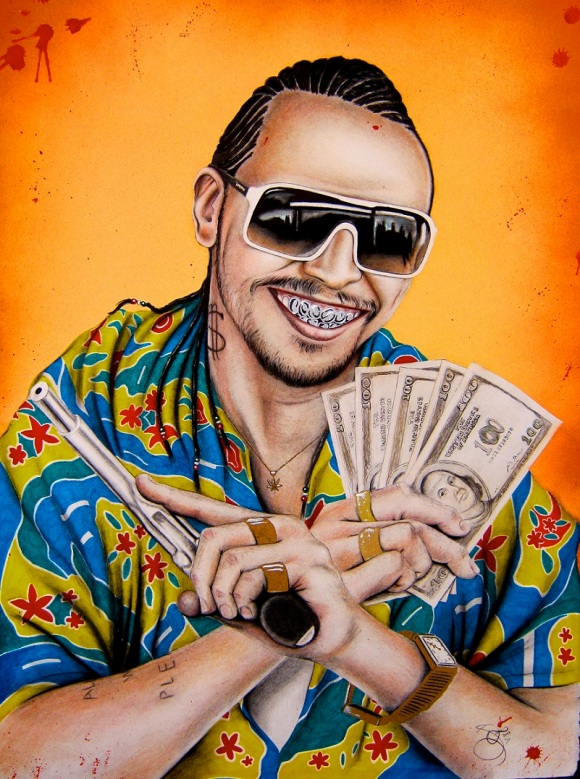 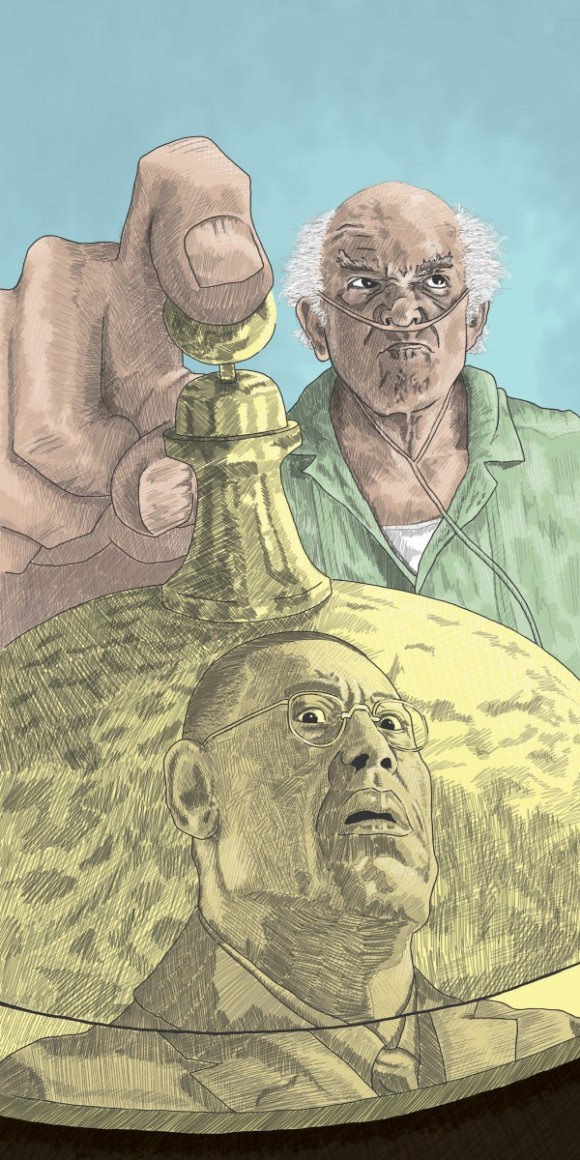 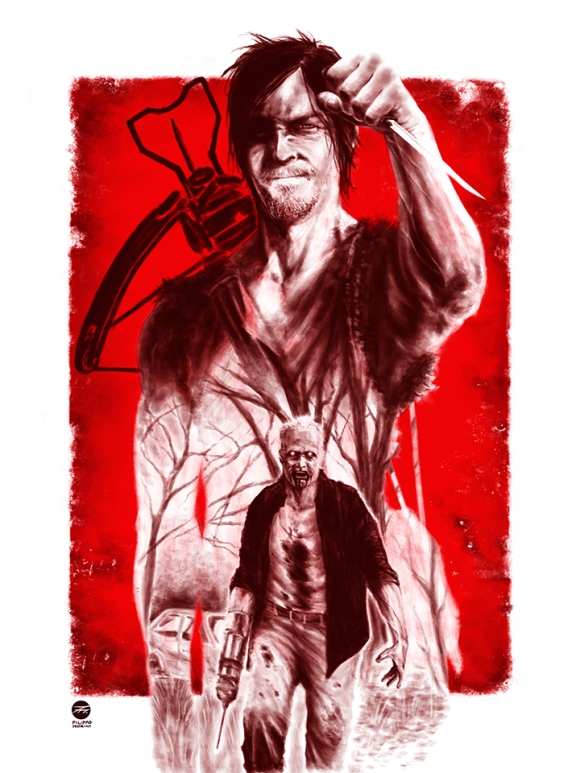 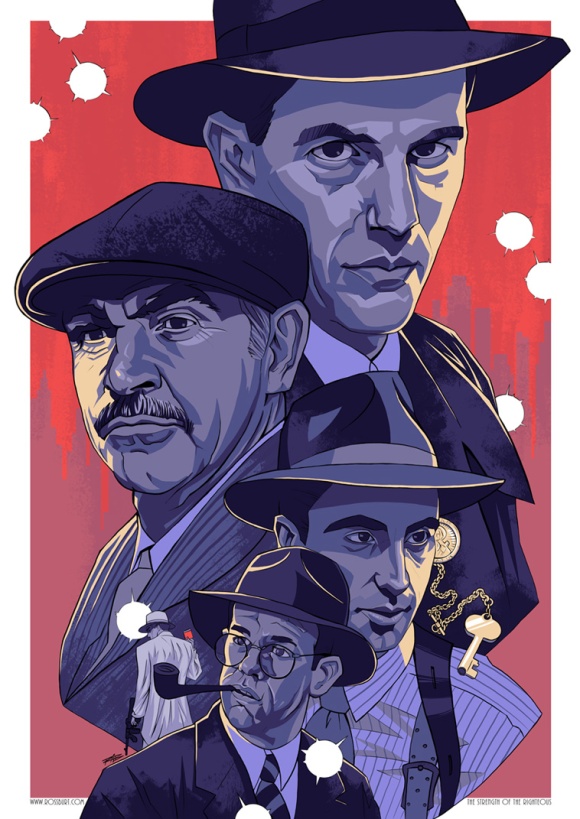