Ahead of San Diego Comic-Con, Hasbro revealed their largest Transformers figure ever – The Lord of Chaos. The Planet Eater. The Chaos Bringer – Unicron! After last year’s crowdfunding success, HASLAB is back with this exciting new creation – the first ever Transformers Haslab project – Transformers: War For Cybertron Unicron.

Unicron stands alone as the most menacing figure in Transformers lore, capable of devouring entire worlds and civilizations. He debuted in the 1986 film Transformers: The Movie and his insatiable appetite nearly brought the entire universe to its knees. But his legacy transcends both space and time.

The gigantic Unicron would be the largest Transformers figure ever created, taking the title from the previous record-holder, Fortress Maximus. Artists and designers from Takara Tomy and Hasbro are working to capture the intricate details and features of the relentless Chaos Bringer to make this the most accurate Unicron fans have ever seen. 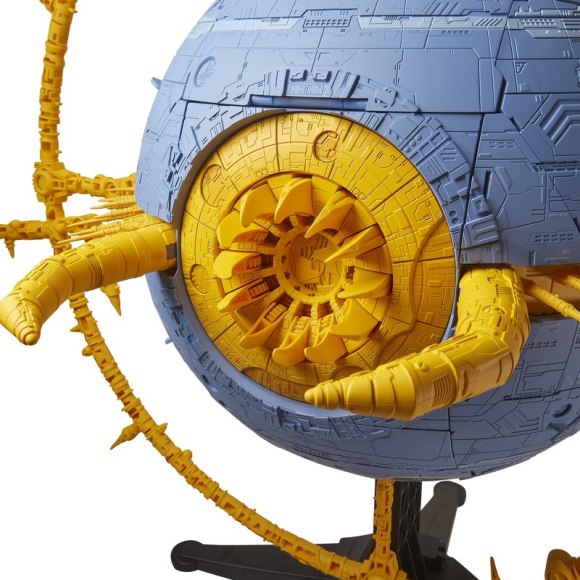 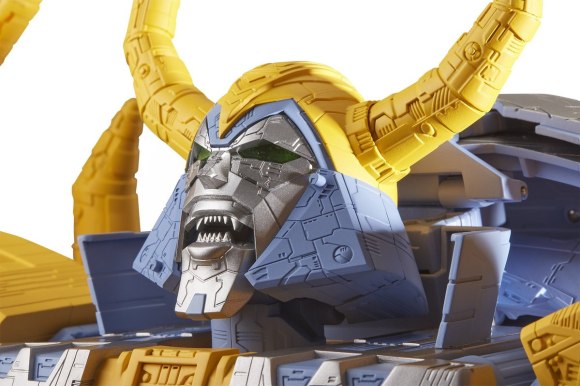 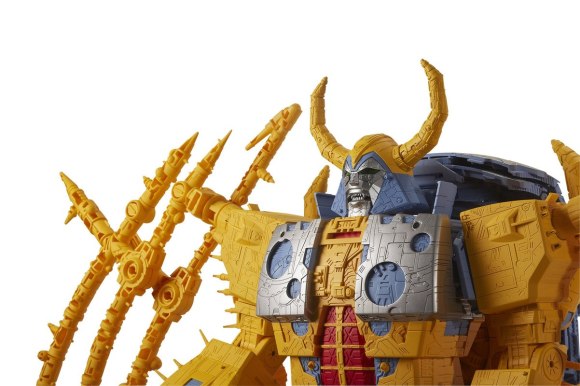 In his immense robot mode, this version of Unicron is over 27” tall and has more than 50 points of articulation. Includes fine pose-ability, such as movable eyes, fingers, mouth, and even teeth. He converts into a terrifying planet mode that is a stunning 30” in diameter. The planet mode features the iconic planet-eating jaws, geared to open so Unicron can devour unassuming worlds. The planet mode also features a series of posable planetary rings. Comes with a stand for posing both planet & robot mode.

To support this campaign for Transformers: War For Cybertron Unicron head to the HasLab tab on HasbroPulse.com. 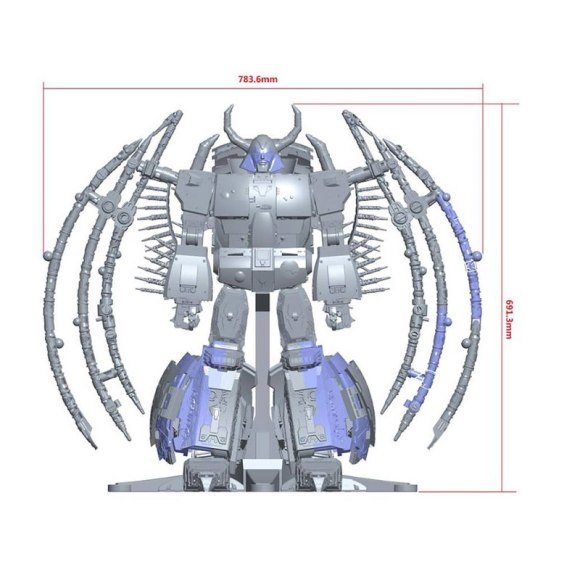 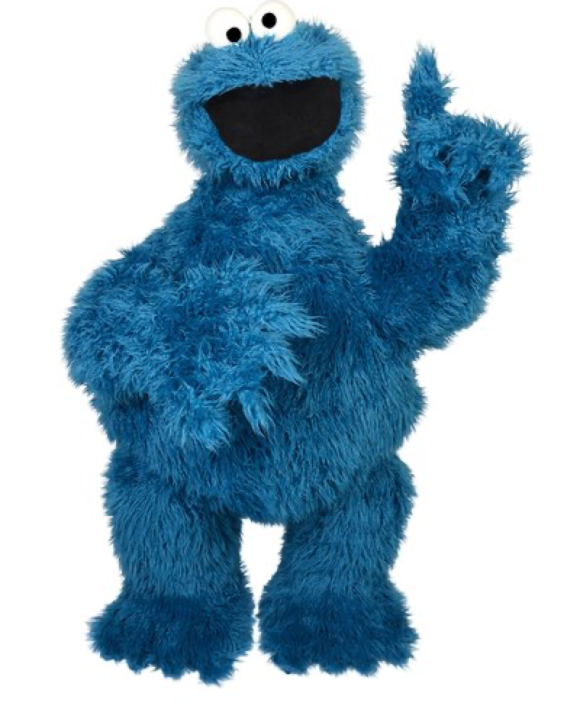 In celebration of Sesame Street’s 50th anniversary, fans will have the chance to own this realistic Cookie Monster replica by backing the item via HASLAB, Hasbro’s crowdsourcing initiative designed to target fans directly by putting dream products into their hands. With enough fan support the item will go into production in 2020.

Cookie Monster has been a cherished fan favorite for decades, and fans of Sesame Street will revel in the joy and magic of being able to own their own version of the beloved character. The HASLAB Cookie Monster will be a poseable full-body replica armature. Significant in both size and realism, this Cookie Monster stands 38-inches tall and comes complete with premium retro packaging, two original artwork lithographs and a Certificate of Authenticity.

Beginning today, fans can head to https://hasbropulse.com/products/cookie-monster to back the HASLAB Cookie Monster for $299.99. For Cookie Monster to go into production, HASLAB must meet a minimum quantity of 3,000 backers by August 25, 2019. Once the campaign is fully backed, Hasbro will deliver final products to fans in 2020.

HASLAB is Hasbro’s fan driven platform that aspires to put dream products into the hands of fans. In 2018, more than 8,800 fans successfully funded the first HASLAB campaign, Jabba’s Sail Barge.

Fans can get more information and receive updates on the project status by visiting https://hasbropulse.com/products/cookie-monster and following @Hasbro on social media.

Announced at this year’s Toy Fair, HASLAB is Hasbro’s new platform that hopes to put dream products into the hands of fans. To that end, we’re excited to announce that the first HASLAB item is the biggest Star Wars vehicle Hasbro and Kenner have ever produced – fan favorite Jabba’s Sail Barge! Measuring approximately 4 feet long, this large scale, highly detailed item features premium deco and vintage packaging. An incredible addition to any collection, Jabba’s Sail Barge comes complete with  exquisitely-detailed and fan accessible interior/exterior decks, one Jabba the Hutt 3.75-inch scale figure, two soft-cloth fabric sails, and other realistic features that mimic one of the most notorious vehicles in the Star Wars universe.

HASLAB takes inspiration from other platforms by inviting participants to support the product by backing the project up front by placing a pre-order. You’re our only hope to make Jabba’s Sail Barge a reality! For Jabba’s Sail Barge to go into production, Hasbro must meet a certain minimum threshold of 5,000 pre-orders. It’s up to the fans to support the campaign and help successfully reach that goal by 11:59pm ET on April 3rd, 2018. Those who pre-order the item will also receive “Jabba’s Sail Barge (The Khetanna): Behind The Workbench,”  a premium, 64-page booklet that goes behind the scenes of the design and development of the actual Sail Barge film set piece and Hasbro toy and includes set photos, product blueprints, interviews, and more. Starting today, fans can place a pre-order for Jabba’s Sail Barge for $499 at HASBRO.COM/HASLAB. If the goal is met, the product will go into production. For more information on HASLAB and to follow the project’s progress throughout the 45 day pre-order window, visit HASBRO.COM/HASLAB and follow @HasbroPulse on social media. You can download assets using this link, and we appreciate you spreading the word.