On Writing: A Memoir of The Craft Twentieth Anniversary Edition By Stephen King

On Writing: A Memoir of The Craft Twentieth Anniversary Edition by Stephen King is now available and it includes contributions from his sons Joe Hill and Owen King. 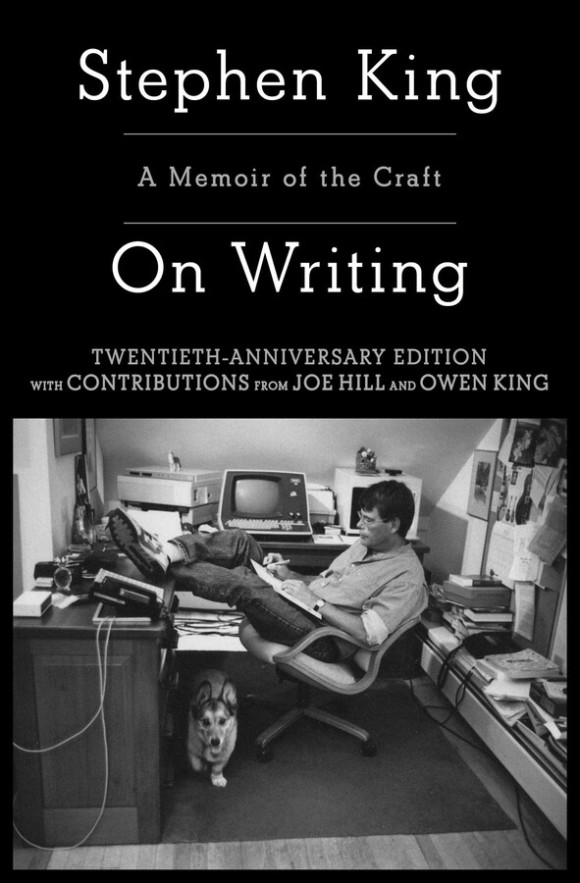 Immensely helpful and illuminating to any aspiring writer, this special edition of Stephen King’s critically lauded, million-copy bestseller shares the experiences, habits, and convictions that have shaped him and his work.

“Long live the King” hailed Entertainment Weekly upon publication of Stephen King’s On Writing. Part memoir, part master class by one of the bestselling authors of all time, this superb volume is a revealing and practical view of the writer’s craft, comprising the basic tools of the trade every writer must have. King’s advice is grounded in his vivid memories from childhood through his emergence as a writer, from his struggling early career to his widely reported, near-fatal accident in 1999—and how the inextricable link between writing and living spurred his recovery. Brilliantly structured, friendly and inspiring, On Writing will empower and entertain everyone who reads it—fans, writers, and anyone who loves a great story well told.

AMC released the official trailer for season two of supernatural horror series NOS4A2, which premieres on Sunday, June 21 at 10:00pm ET/9c on AMC.

Based on Joe Hill’s best-selling novel of the same name, NOS4A2 is executive produced by showrunner Jami O’Brien (Fear the Walking Dead, Hell on Wheels) and Hill.

Joe Hill and Gabriel Rodríguez’s acclaimed Locke & Key continues! The impossible, reality-bending keys of Keyhouse have always been weapons of war. In the spring of 1915, Chamberlin Locke’s oldest son, John, is desperate to be a part of the greatest war of all… and use the keys to turn the tide! Prepare to open a door onto one of the grimmest battlefields of the 20th century, whose darkness might even strike fear into an army of supernatural shadows. 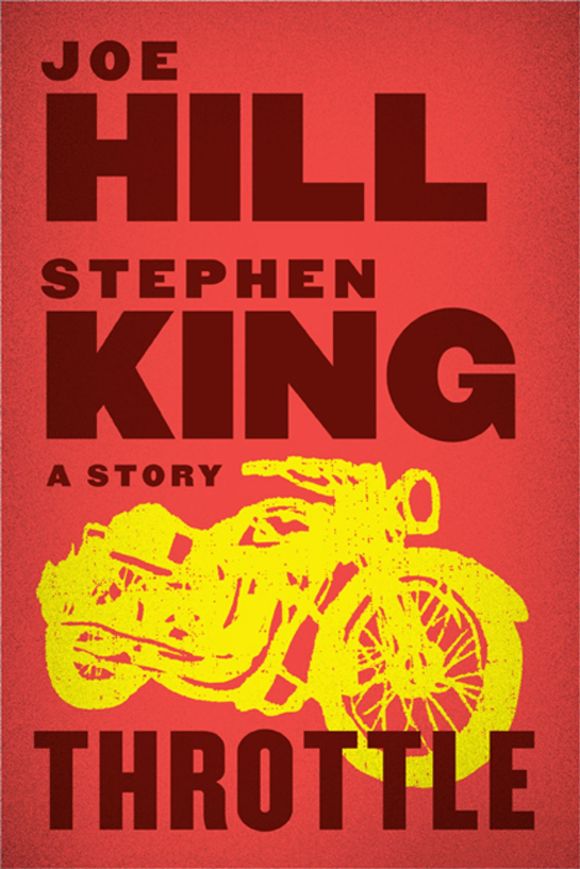 Originally published in 2009, the story centers on a father and son who lead a biker gang that are terrorized by a big rig truck driver on an isolated stretch of the American desert. The novella was published in a limited edition anthology He Is Legend honoring Richard Matheson, whose short story “Duel” served as inspiration for Throttle, with a comic book adaptation from IDW Publishing debuting i 2012.

The adaptation is set to be penned by Leigh Dana Jackson, a writer and executive producer on Netflix’s Raising Dion, with David S. Goyer (Batman v. Superman: Dawn of Justice, Terminator: Dark Fate) set to produce alongside Keith Levine through their Phantom Four banner.

WarnerMedia and their various distribution labels have been one of the primary sources for King adaptations for the past 40 years, going all the way back to Stanley Kubrick’s The Shining and immediately following it with Creepshow and Carrie and bringing to life everything from The Green Mile and It to The Mangler and Dreamcatcher, with the most recent coming in the form of last year’s well-received Doctor Sleep from Mike Flanagan (The Haunting of Hill House).

Hill has seen a number of his own projects find their way to the TV and feature-length worlds, including AMC’s hit vampire psychological thriller NOS4A2, which is set to premiere its second season on June 21, and Netflix’s Locke & Key and In The Tall Grass, which he co-wrote with King. 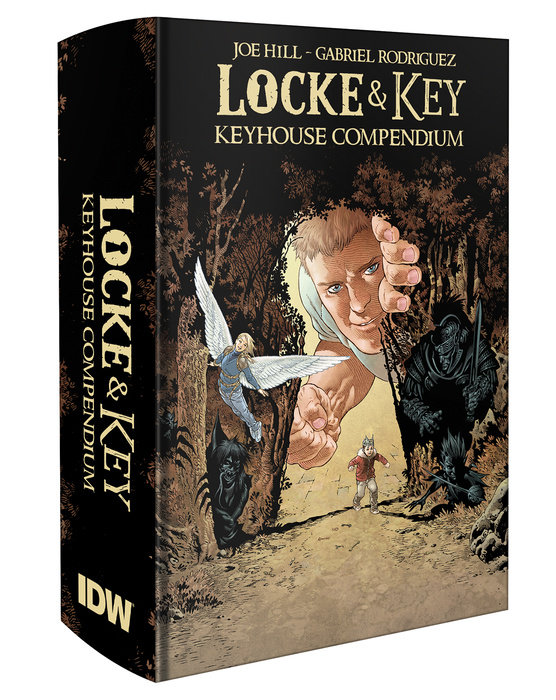 Now a Netflix original series! This new edition collects all six volumes of the critically acclaimed series into one massive compendium.

Named a “modern masterpiece” by The A.V. Club, Locke & Key tells a sprawling tale of magic and family, legacy and grief, good and evil. Acclaimed suspense novelist and New York Times-bestselling author Joe Hill (The Fireman, Heart-Shaped Box, NOS4A2) has created a gripping story of dark fantasy and wonder–with astounding artwork from Gabriel Rodriguez–that, like the doors of Keyhouse, will transform all who open it.

Following their father’s gruesome murder in a violent home invasion, the Locke children return to his childhood home of Keyhouse in secluded Lovecraft, Massachusetts. Their mother, Nina, is too trapped in her grief–and a wine bottle–to notice that all in Keyhouse is not what it seems: too many locked doors, too many unanswered questions. Older kids Tyler and Kinsey aren’t much better. But not youngest son Bode, who quickly finds a new friend living in an empty well and a new toy, a key, that offers hours of spirited entertainment. But again, all at Keyhouse is not what it seems, and not all doors are meant to be opened. Soon, horrors old and new, real and imagined, will come ravening after the Lockes and the secrets their family holds.

AMC released a new teaser rom season two of the supernatural horror series NOS4A2, which premieres with two back-to-back episodes on Sunday, June 21 at 9pm ET/8c as a simulcast across AMC and BBC America. 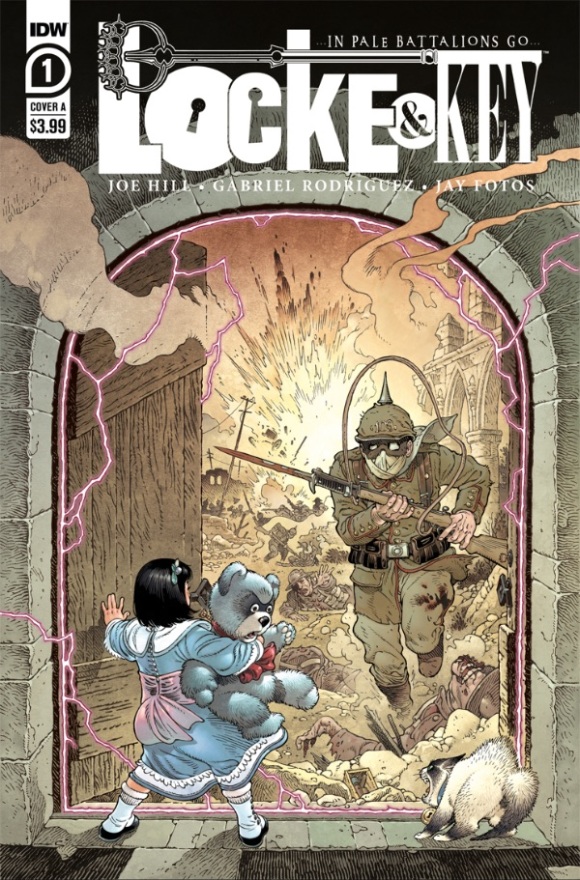 Before Joe Hill and Gabriel Rodriguez’s Locke & Key/Sandman comic comes out later this year, they have a prequel planned.

The new Locke & Key story. “In Pale Battalions Go” is a two-parter that will set up the Locke & Key/Sandman Universe crossover. It’s also a key storyline in World War Key 0: The Golden Age, another upcoming project.

Joe Hill shared, “I was a little anxious about returning to Keyhouse for a real, no-bullshit, ongoing storyline. Then I got going and the story took off. The first issue was the easiest, most frictionless writing I’ve done all year (I haven’t started the second issue yet, so no idea how I’ll do with the dismount). I guess I’m more comfortable writing tales set in this world than I am doing any other kind of make-believe, and maybe that’s no surprise. I’ve lived in Lovecraft, Massachusetts for almost 15 years now. I know the territory.”

LetterPress Publications is pleased to announce the signed and slipcased Limited Edition hardcover of 20th Century Ghosts by Joe Hill as a “Preorder Only Limited Edition,” meaning the orders received between April 6 and April 30 will set the print run!

The retail price is $125, and the print run will be determined by the preorders received by LetterPress Publications and authorized retailers between April 6, 2020 and April 30, 2020. The orders will ship in December 2020. 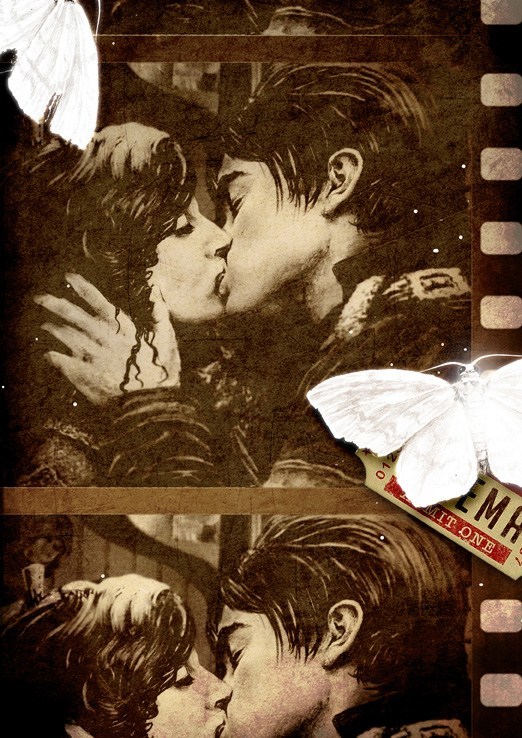 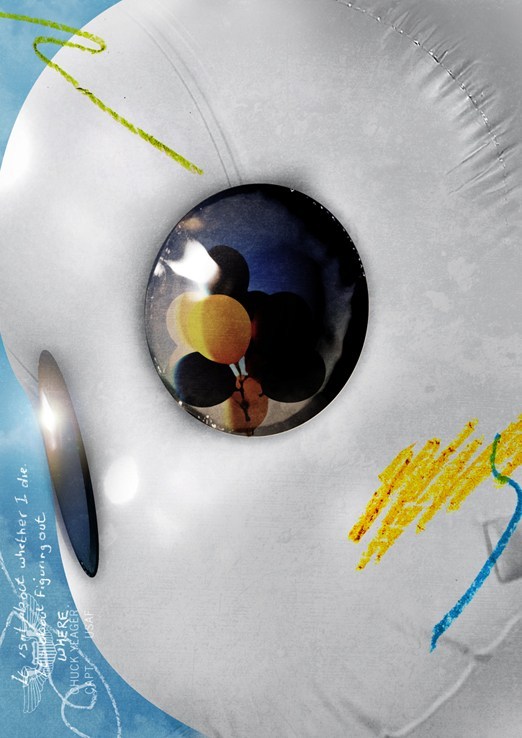 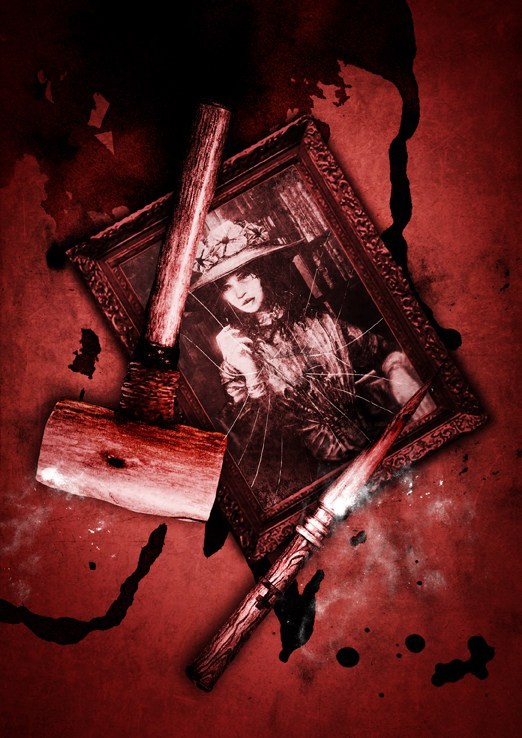 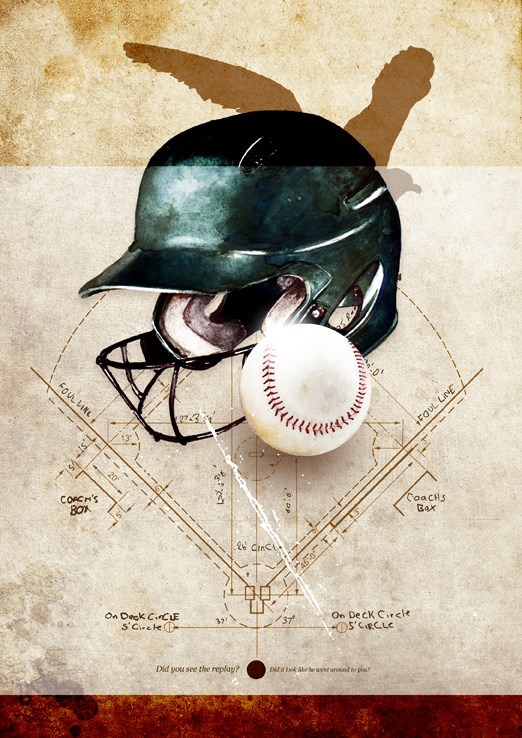 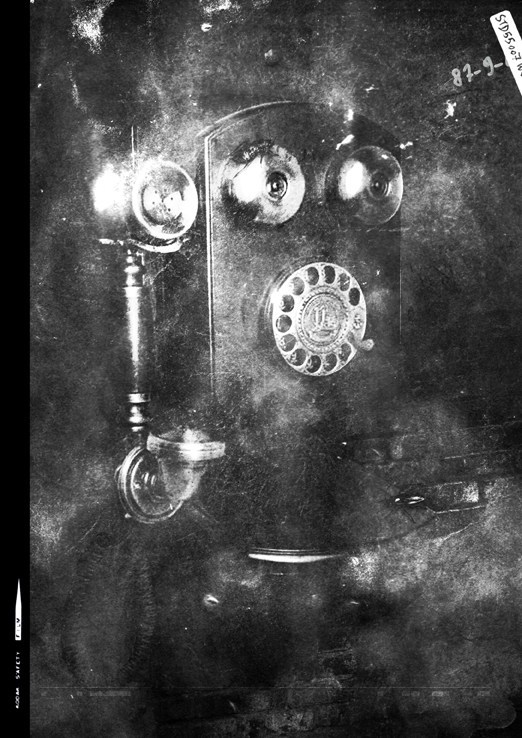 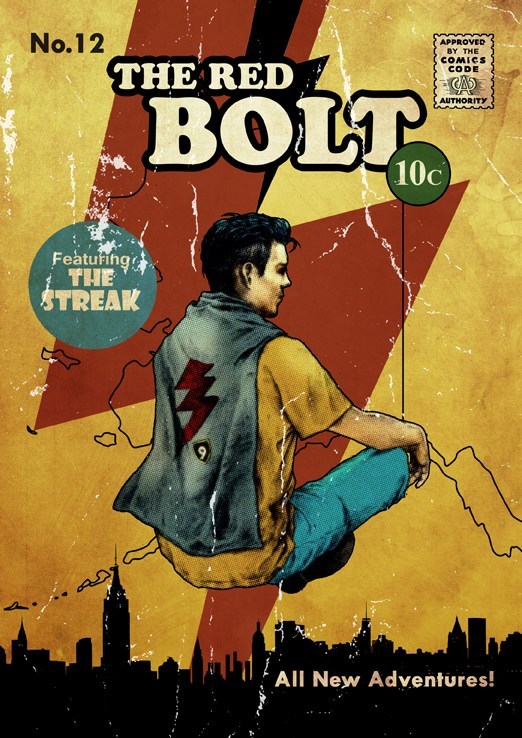 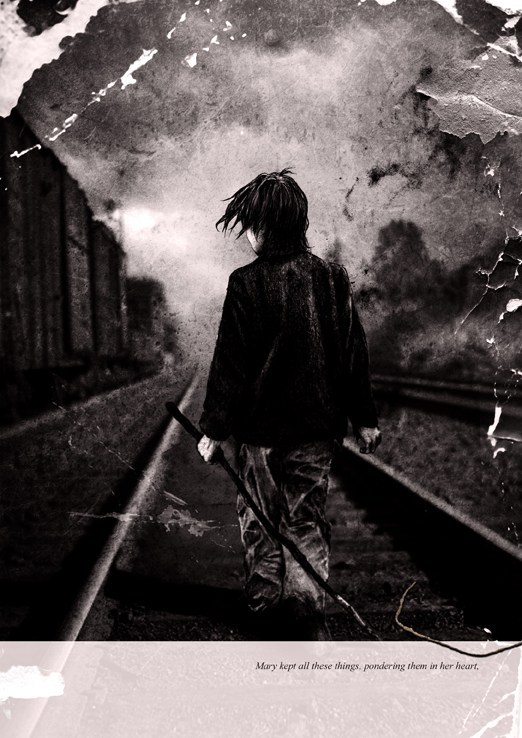 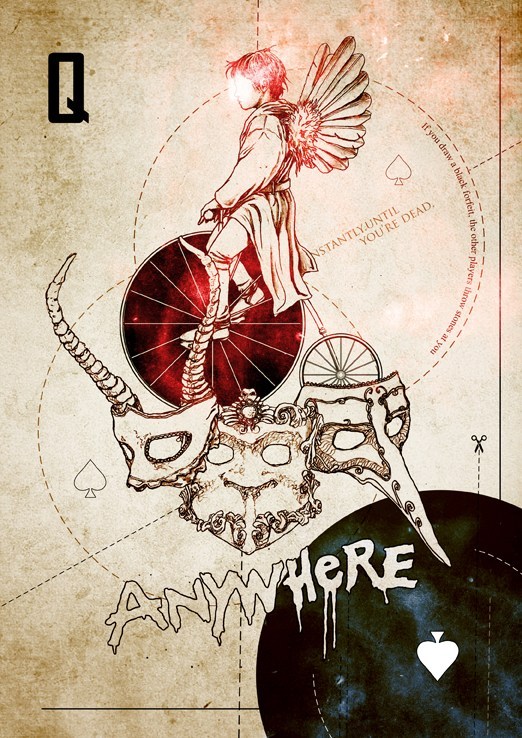 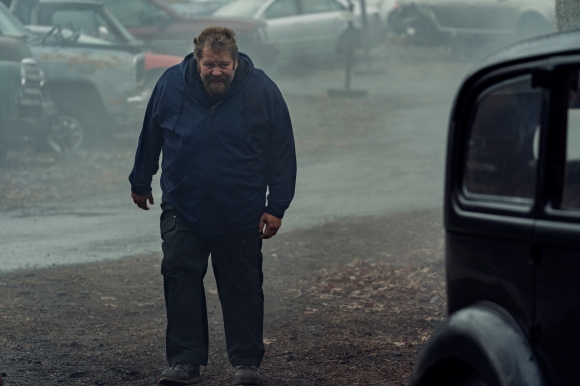 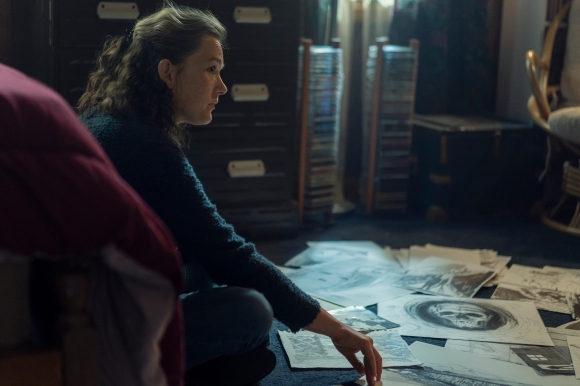 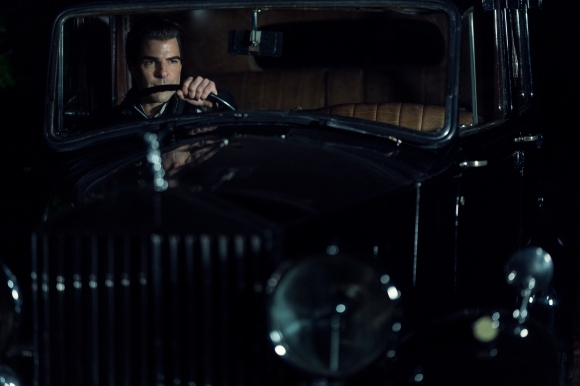 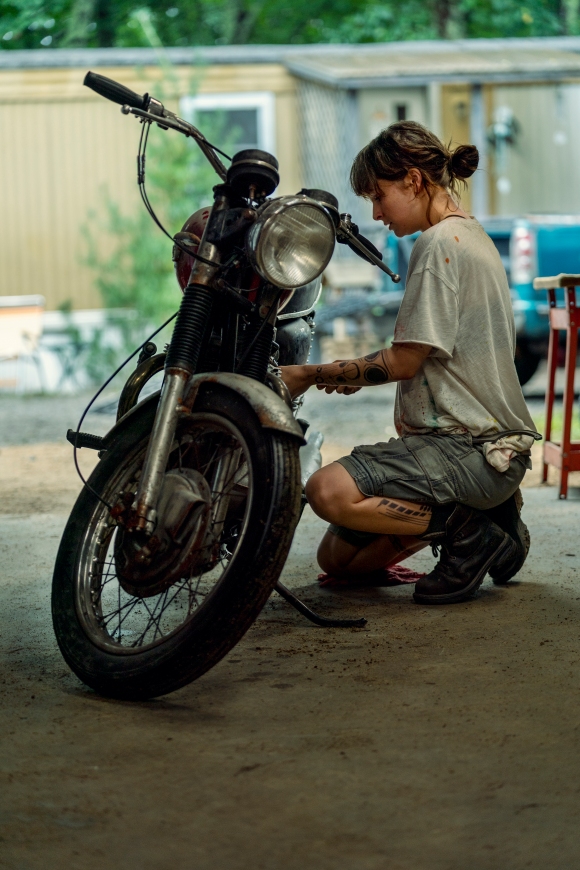 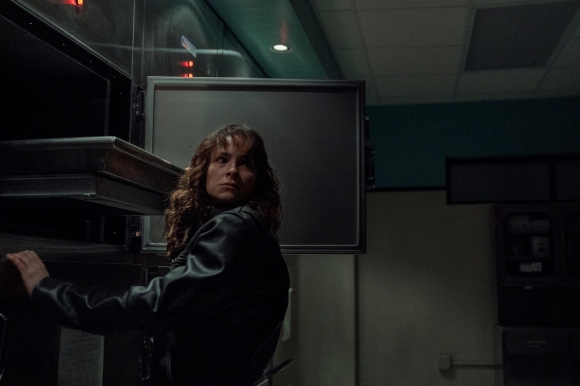 “Following the strong success we’ve had sharing other talked-about series across our networks, most notably Killing Eve, we have another terrific opportunity to expand the audience for a great show,” said Sarah Barnett, President of AMC Networks’ Entertainment Group & AMC Studios. “With NOS4A2, Jami O’Brien, along with an incredible cast led by Zach and Ashleigh, have delivered a unique take on the vampire story, fueled by Joe Hill’s spine-tingling novel. We’re excited to open this high-stakes story up to entirely new audiences.”

In Locke & Key: Shadow of Doubt, players explore the mysteries of the Keyhouse. They go on adventures via using the magical keys in the house to unlock locations and activate special abilities. But beware, one of the players in the group may be concealing their identity as a demon. It is a light game meant for the fans of the comic book series and TV show alike.