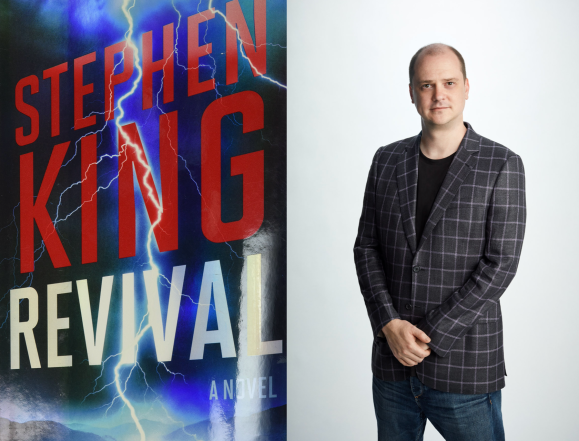 Writer/director Mike Flanagan has proven twice that he should be the go-to filmmaker to adapt a Stephen King novel for the film world and now he is set to return to the horror icon’s bibliography to develop Revival for the big screen.

Originally published in 2014, the novel centered on a relationship between a heroin-addicted musician and a dubious faith healer with a hidden agenda, with the minister obsessed with trying to find a way to communicate with his departed wife and child but accidentally taps into a Lovecraftian horror.

Flanagan is currently attached to pen the script for the adaptation at Warner Bros. Pictures and has the option to also step into the director’s chair on the project. A film adaptation was previously in the works at Universal Pictures with Josh Boone set to write and direct the project while also working on his iteration of The Stand, but after lingering in development hell the rights were picked up by Warner Bros., while Boone’s version of the 1978 novel is expected to premiere on CBS All Access later this year.

Flanagan is currently working with producing partner Trevor Macy on the adaptation of Revival, with Macy set to produce via the duo’s Intrepid Pictures, who recently acquired the rights to develop an adaptation of the 1994 horror novel The Midnight Club at Netflix in expanding Flangan’s working relationship with the streaming service.

The 41-year-old writer/director previously dipped his toe into the world of King with the 2017 adaptation of his 1992 novel Gerald’s Game for Netflix, which received rave reviews from critics and audiences alike, and continued with the big screen adaptation of the 2013 sequel to The Shining, Doctor Sleep, which despite receiving strong reviews was considered a box office disappointment, grossing only $72.3 million on a $45 million budget, squashing follow-up plans.