Right now you can head over to Mondo and pick up Rory Kurtz’s stunning poster for Christopher Nolan’s take on the world’s greatest detective, The Dark Knight! Featuring Batman as watchful guardian overlooking the vastness of Gotham City, Rory put it all into this gorgeous illustration!

This poster is a timed edition available right now until Friday, 7/21 at 9PM (CT). Mondo will also have a very limited run of copies available exclusively at their booth, #835, on Friday, 7/21 for attendees at San Diego Comic-Con.

“Without a doubt my favorite hero film of all time, The Dark Knight just hits every Batman note perfectly. I wanted to create something that captured the epic IMAX scope of Christopher Nolan’s Gotham City; all towering glass, metal, and nightfall lighting. It needed to be classic Batman, but current and grounded, to follow Nolan’s vision. If there was one poster I could release that everyone could get their hands on, it would have to be for this absolute modern film classic.” – Rory Kurtz 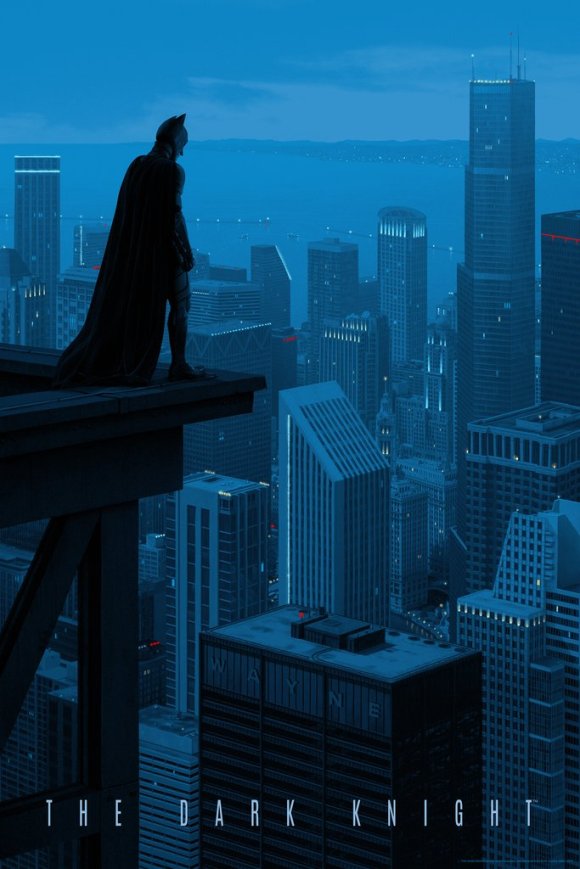