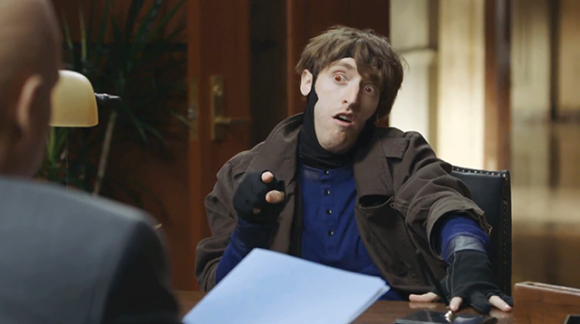 It follows Professor X, leader and founder of the X-Men, as he insults Gambit and his mutant abilities. After tearing Gambit down, Professor X then decides to fire him from the team.

The sketch will be featured on The Pete Holmes Show, his upcoming comedy series that will air after Conan on TBS.