An Oral History of David S. Pumpkins, Any Questions? 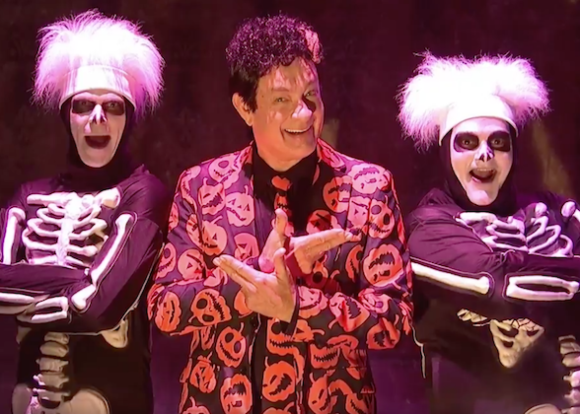 “Haunted Elevator” is a Saturday Night Live sketch about confused people trying to figure out what this guy named David S. Pumpkins’s deal is. The now-classic sketch (more commonly referred to as “David Pumpkins”), starring Tom Hanks as Mr. Pumpkins, was written by similarly confused people trying to figure out what his deal is. The character — his signature wardrobe, orange hair-streak, hand motions, voice, name — became clearer with each step in the SNL process.

Exactly one year from the debut of “Haunted Elevator,” and a week away from a new David Pumpkins Halloween special, this is the story of how it came together, told by those who wrote it — Bobby Moynihan, Mikey Day, and Streeter Seidell.