Matt Ferguson (@Cakes_Comics) had the distinct pleasure of making this official WandaVision poster for DisneyPlus UK and Marvel UK.

Out of all of the posters I have seen for this exceptional program, Ferguson’s is my favorite. Matt can always artistically capture the tone of his subject in the most simple and powerful way.

Make sure to follow @MarvelUK on Twitter as they will be giving away some of these great posters!

Amazon Prime Video has released a brand new Coming 2 America poster for the long-awaited comedy sequel to 1988’s Coming to America, featuring the return of the familiar characters led by Eddie Murphy as well as new characters including Wesley Snipes and Leslie Jones. The film will be available for streaming on Friday, March 5.

Set in the lush and royal country of Zamunda, Coming 2 America continues to follow newly-crowned King Akeem and his trusted confidante Semmi embark on an all-new hilarious adventure that has them traversing the globe from their great African nation to the borough of Queens, New York – where it all began.

Check Out The New Poster For The Mandalorian Season 2 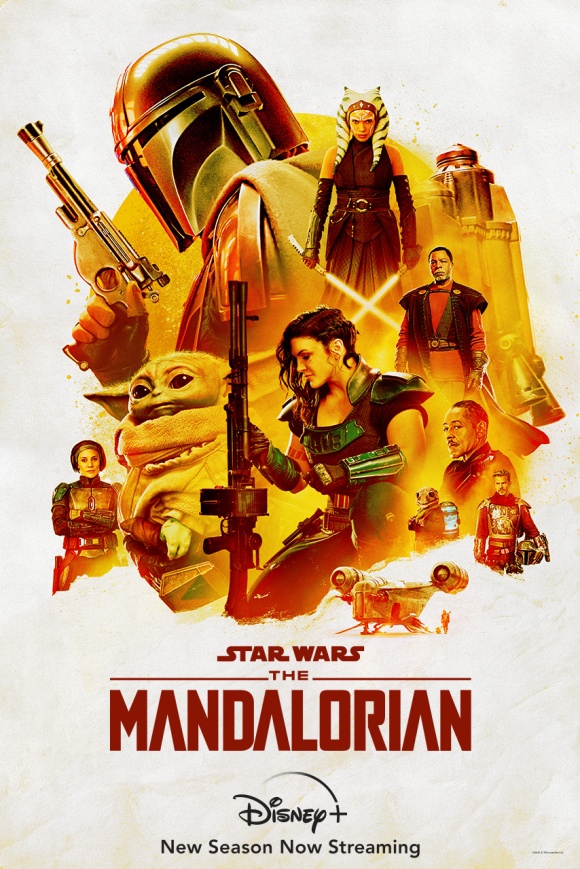 Check Out The Mandalorian Season 2 Poster 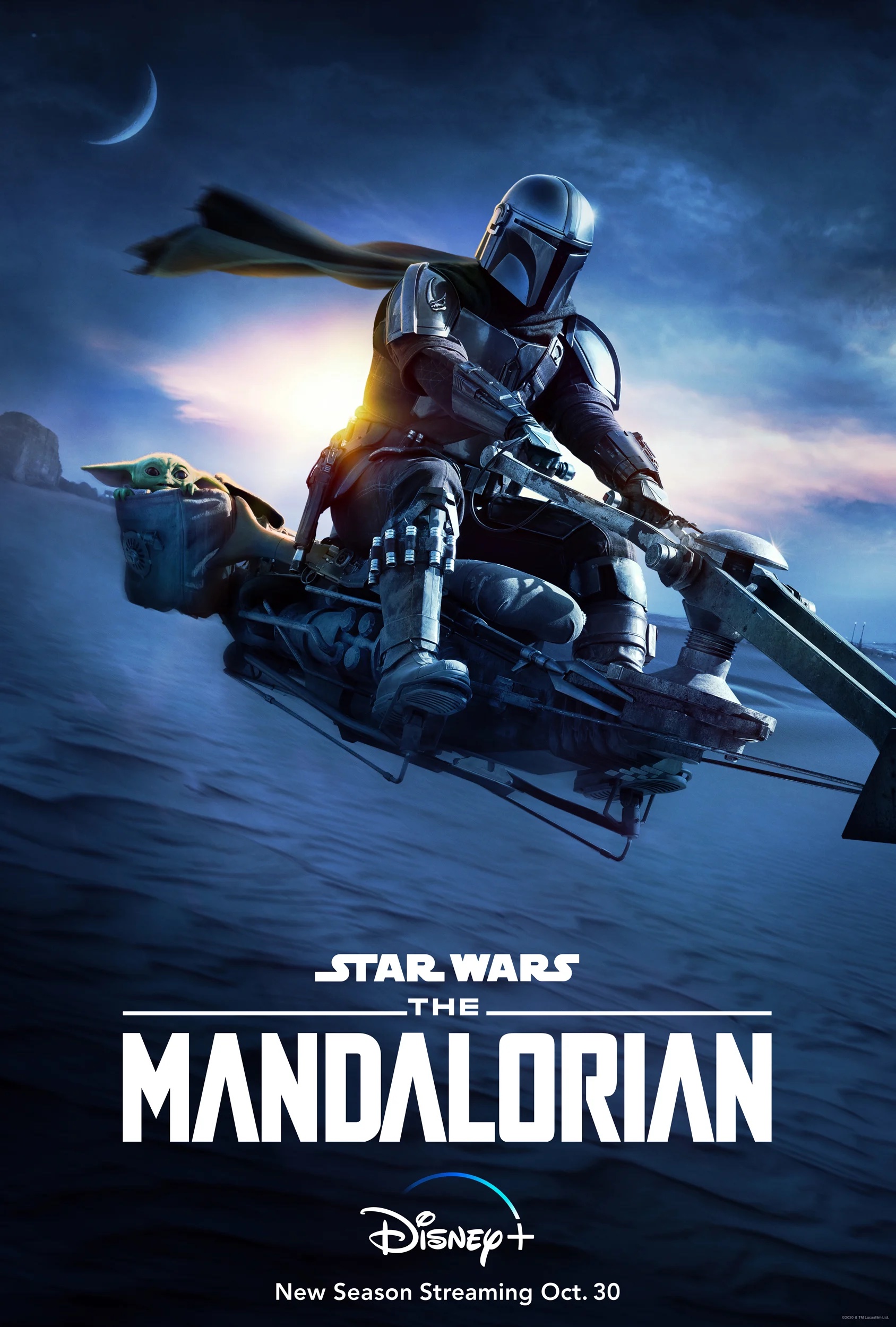 Disney+ has released a brand new poster for the long-awaited second season of The Mandalorian, featuring the titular space bounty hunter and Baby Yoda as they ride together on a speeder bike. The Star Wars prequel series will be making its return on Friday, October 30.

trouble re-integrating herself into society.; and Carl Weathers as Greef, a man who heads a guild of bounty hunters that hires The Mandalorian for a specific job.

Check Out The New Poster For Hubie Halloween 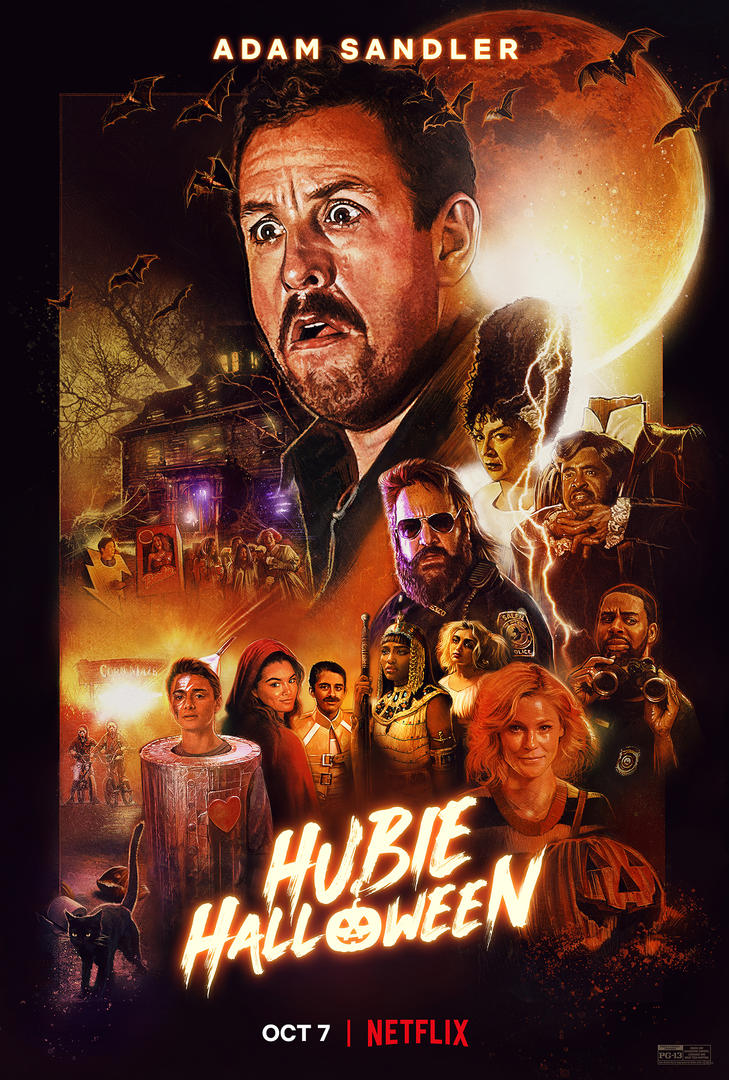 Netflix has shared the new poster art for their upcoming spooky Adam Sandler comedy, Hubie Halloween which will premiere on the streaming network on October 7.

Hubie Dubois (Adam Sandler) thanklessly spends every Halloween making sure the residents of his hometown, Salem, celebrate safely and play by the rules. But this year, an escaped criminal and a mysterious new neighbor have Hubie on high alert. When people start disappearing, it’s up to Hubie to convince the police (Kevin James, Kenan Thompson) and townsfolk that the monsters are real, and only he can stop them. Hubie Halloween is a hilarious family film about an unlikely hero.

Netflix has released a new poster for Locke & Key. Based on Joe Hill and Gabriel Rodriguez’s fantasy horror graphic novel of the same name, the series will be making its debut on February 7, 2020, exclusively on Netflix.

In Locke & Key, after their father is murdered under mysterious circumstances, the three Locke siblings and their mother move into their ancestral home, Keyhouse, which they discover is full of magical keys that may be connected to their father’s death. As the Locke children explore the different keys and their unique powers, a mysterious demon awakens — and will stop at nothing to steal them. From Carlton Cuse (Lost, Bates Motel) and Meredith Averill (The Haunting of Hill House), the series is a coming-of-age mystery about love, loss, and the unshakable bonds that define family.

Check Out The Dolby Cinema Exclusive Star Wars: The Rise of Skywalker Poster

Check out the Dolby Cinema Exclusive Star Wars: The Rise of Skywalker poster.

In addition to directing, Abrams co-wrote the screenplay with Chris Terrio (Argo, Justice League) from a story by himself, Terrio, Derek Connelly and Colin Trevorrow. Kathleen Kennedy, Michelle Rejwan, and Abrams will produce, with Callum Greene and Jason McGatlin executive producing. Composer John Williams, who has scored every chapter in the Star Wars saga since 1977’s A New Hope, will return to a galaxy far, far away with Rise of Skywalker.

Get tickets now: www.fandango.com/TheRiseOfSkywalker and see it in theaters December 20. 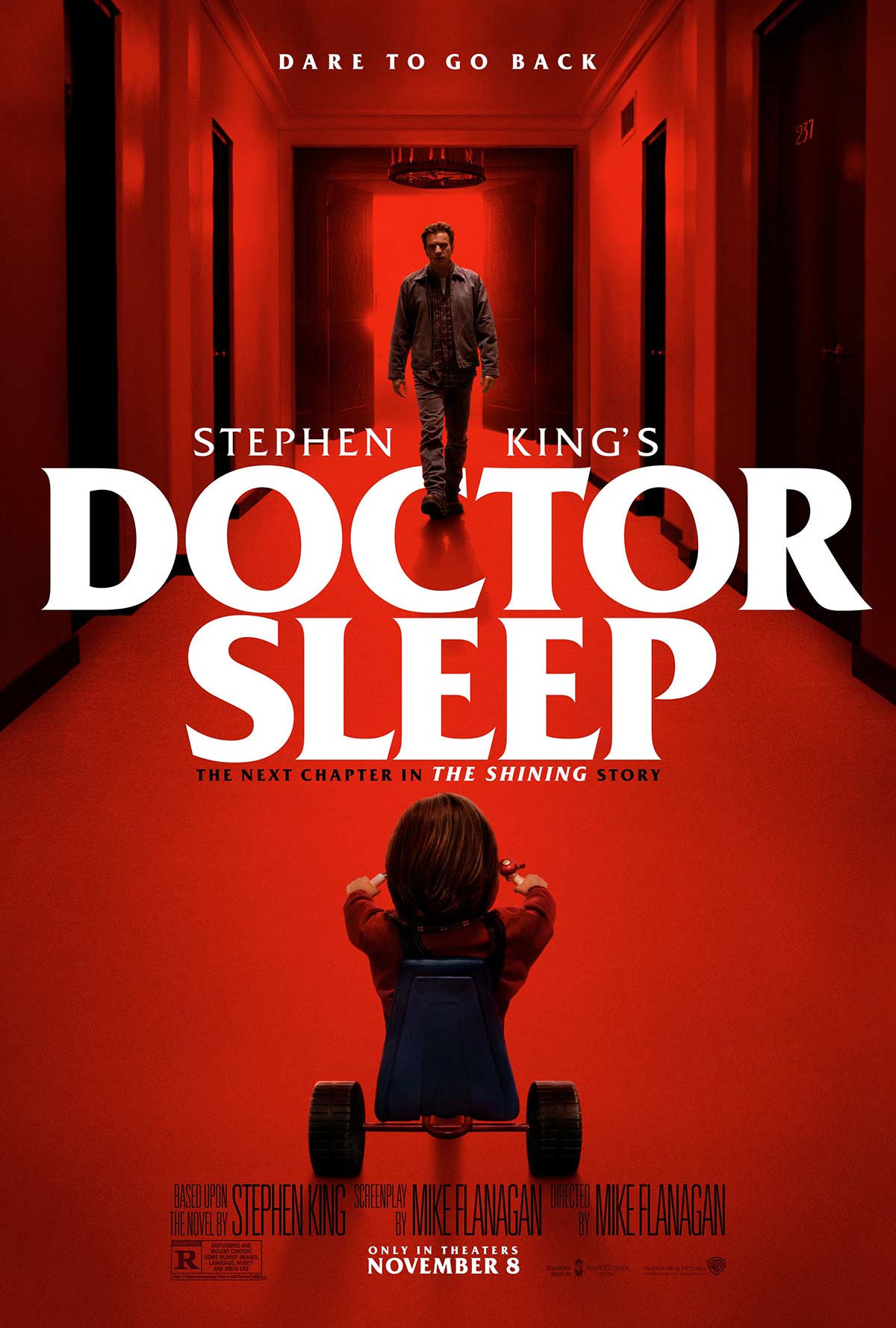 Doctor Sleep continues the story of Danny Torrance, 40 years after his terrifying stay at the Overlook Hotel in The Shining. Ewan McGregor, Rebecca Ferguson and newcomer Kyliegh Curran star in the supernatural thriller, directed by Mike Flanagan, from his own screenplay based upon the novel by Stephen King.

Still irrevocably scarred by the trauma he endured as a child at the Overlook, Dan Torrance has fought to find some semblance of peace. But that peace is shattered when he encounters Abra, a courageous teenager with her own powerful extrasensory gift, known as the “shine.” Instinctively recognizing that Dan shares her power, Abra has sought him out, desperate for his help against the merciless Rose the Hat and her followers, The True Knot, who feed off the shine of innocents in their quest for immortality. Forming an unlikely alliance, Dan and Abra engage in a brutal life-or-death battle with Rose. Abra’s innocence and fearless embrace of her shine compel Dan to call upon his own powers as never before—at once facing his fears and reawakening the ghosts of the past.

Doctor Sleep will arrive in theaters on November 8.

Update: A second poster was also released. Check it out below:

Check Out The New Watchmen Poster

Set in an alternate history where “superheroes” are treated as outlaws, Watchmen embraces the nostalgia of the original groundbreaking graphic novel while attempting to break new ground of its own. Originally published as a 12-issue miniseries beginning in 1986, Watchmen quickly become one of sequential art’s most acclaimed stories. The original story centers on a murder-mystery before unfolding into a planet-altering conspiracy that ultimately asks where the fine line is drawn between heroes and villains. Check out the original comic for yourself by purchasing it here.

Lindelof serves as creator, writer, showrunner, and executive producer on the Watchmen series, with Tom Spezialy, Stephen Williams, and Joseph Iberti also executive producing. Nicole Kassell will executive produce and direct the pilot. The series comes from Lindelof’s White Rabbit in association with Warner Bros. Television and is based on the DC Comics characters.

Watchmen will premiere on HBO on October 20 at 9PM.

Check Out The New Birds of Prey Poster 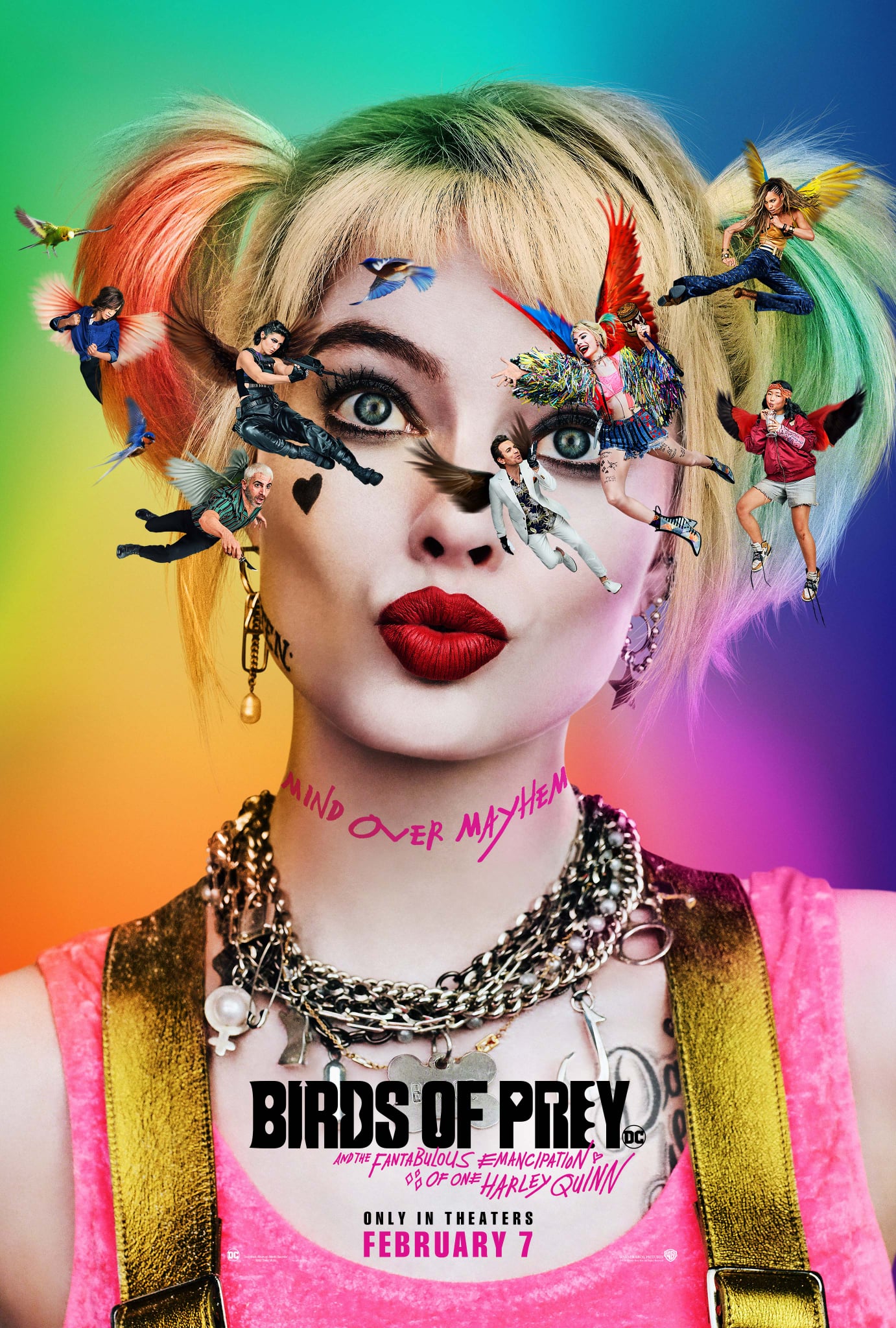 A colorful new Birds of Prey poster for Margot Robbie’s upcoming Birds of Prey (And the Fantabulous Emancipation of One Harley Quinn) has been released.

Cathy Yan (Dead Pigs) will direct the spin-off, making her the first female Asian director to helm a superhero film. The script was penned by Christina Hodson (Bumblebee).

Birds of Prey is set to be released in theaters on February 7, 2020.

Like Loading...
Tagged Birds of Prey (And the Fantabulous Emancipation of One Harley Quinn, Comic Books, Movies, Poster